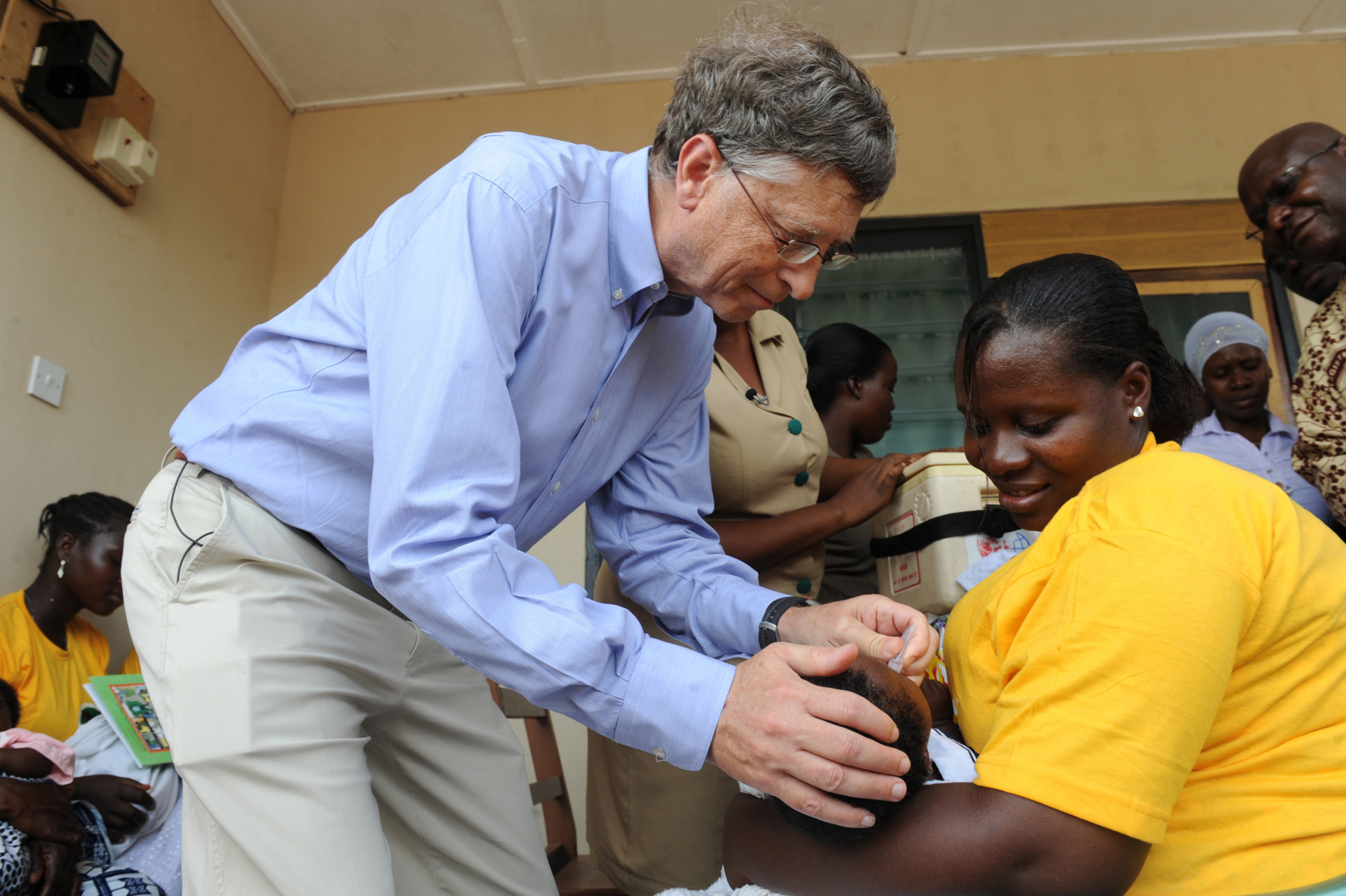 A video viewed thousands of times on Facebook claims that billionaire philanthropist Bill Gates admitted to making $200 billion from his charitable foundation’s investment in vaccines. The claim is misleading; the 26-second clip has been cut from a longer TV interview, where Gates estimated the global social and economic benefits from his foundation’s $10 billion investment. An official at the US think tank that calculated the $200 billion return on investment told AFP Fact Check that the claim was “an incorrect interpretation of the analysis”.

The video is an extract from an interview Gates gave to CNBC journalist Becky Quick on January 23, 2019, in which he discussed the economic benefits of boosting vaccination rates. However, 16 seconds into the video, there is a cut creating a disconnect in Gate’s speech.

The same edited video has also been shared on YouTube (here and here).

However, the claim that Gates admitted to making $200 billion from vaccine investment is misleading.

No mention of personal gain

During the interview, Gates did not mention his personal gain, but rather discussed the social and economic benefits generated by his charitable foundation’s investment in vaccines.

The Bill & Melinda Gates Foundation has ploughed billions of dollars into making vaccines against diseases like polio, HIV and malaria. In June, it pledged $7.4 billion to global vaccines alliance Gavi to help immunisation programmes disrupted by the coronavirus pandemic.

AFP Fact Check ran a keyword search on Google for “Bill Gates $200 billion vaccine” and found various articles explaining where the figure comes from. In a Wall Street Journal article from January 16, 2019, entitled The Best Investment I’ve Ever Made, Gates explained the $10 billion investment made by his foundation in three global health organisations; Gavi, the Global Fund and the Global Polio Eradication Initiative.

“Suppose that our foundation hadn’t invested in Gavi, the Global Fund and GPEI and had instead put that $10 billion into the S&P 500, promising to give the balance to developing countries 18 years later. As of last week, those countries would have received about $12 billion, adjusted for inflation, or $17 billion if we factor in reinvested dividends,” he wrote.

“What if we had invested $10 billion in energy projects in the developing world? In that case, the return would have been $150 billion. What about infrastructure? $170 billion. By investing in global health institutions, however, we exceeded all of those returns: The $10 billion that we gave to help provide vaccines, drugs, bed nets and other supplies in developing countries created an estimated $200 billion in social and economic benefits.”

He said that the $200 billion return on investment had been calculated by the US non-profit think tank, the Copenhagen Consensus Center. According to its website, the organisation uses algorithms and data to analyse poverty-fighting strategies.

David Lessmann, a spokesman at the Copenhagen Consensus Center, told AFP Fact Check that the misleading Facebook post “was an incorrect interpretation” of the estimate. He said the post wrongly suggested that “Gates will make or has made $200bn in cash from the Foundation’s contribution”.

Lessmann explained that the figure estimated the return on investment by taking into account factors such as health care costs avoided by greater access to vaccines, income benefits from not falling sick or dying and the societal value of individuals created by reducing their risk of death.

“None of the benefits measured by the report equate to a private windfall made by Mr Gates or any other contributor to the funds,” Lessmann said in an email. “The analysis identified that collectively across the three funds, the ROI (return on investment, editor’s note) was $20 per $1 spent. The benefit represents the social benefit of investments.”

The Bill & Melinda Gates Foundation also told AFP Fact Check that the video clip had been taken out of context.

“When we talk about return on investment (ROI) for vaccines, we mean lives saved and economic growth for the areas where the vaccines are made available,” the foundation said in an email.