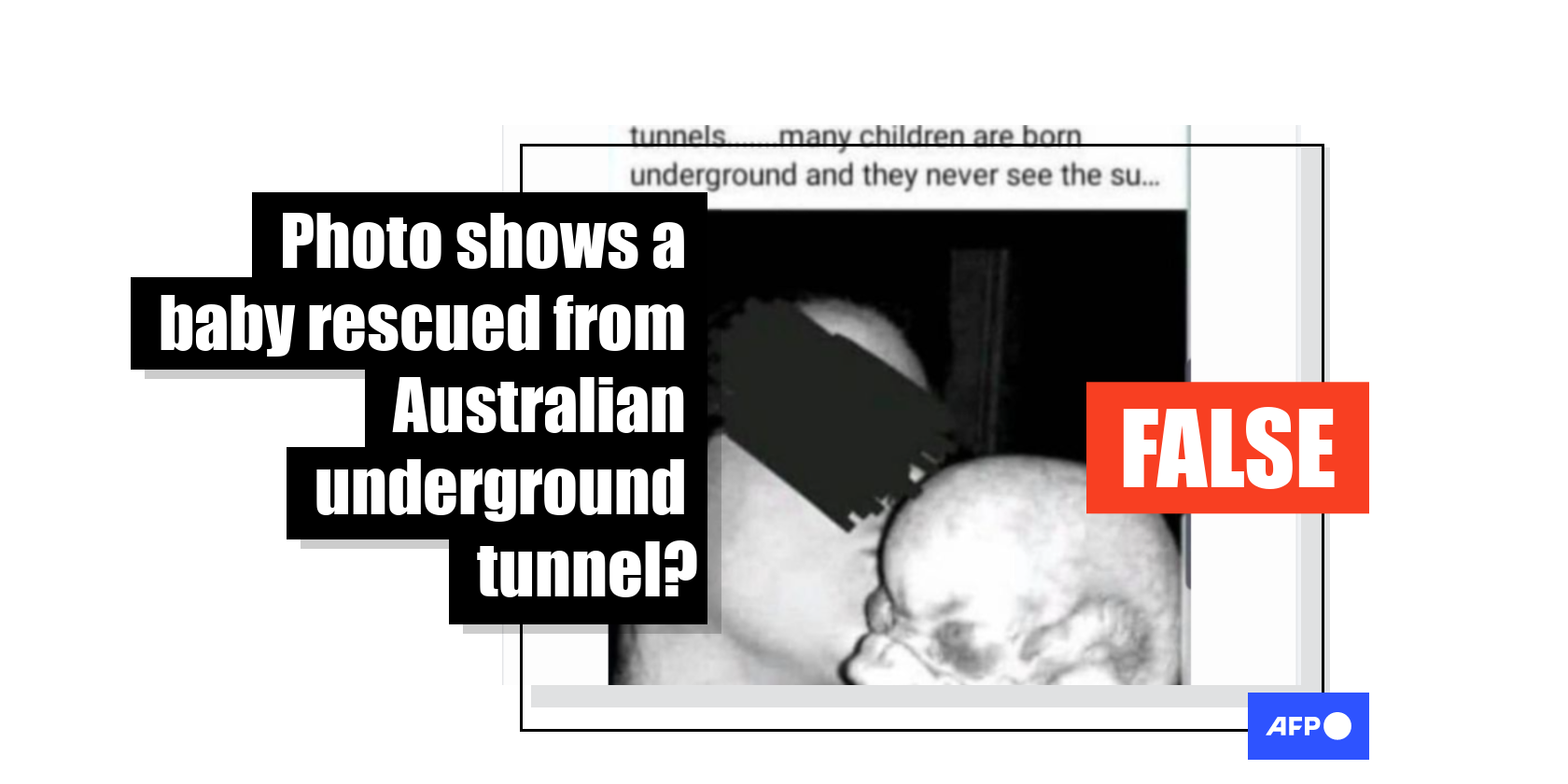 Multiple social media posts have shared a photo they claim shows a baby rescued from an underground tunnel in Australia. The claim is false: the image has circulated online since 2014 in multiple different contexts, including on a satirical website; AFP found no credible reports that back the claim, which is linked to the QAnon conspiracy theory which did not emerge until 2017.

The photo and the claim were published here on Facebook on February 7, 2021.

The post's caption says: “......this child came out of the Australian tunnels.......many children are born underground and they never see the sun or day and are horribly deformed........about 10% of those rescued are euthanized.......gh,” reads the claim. 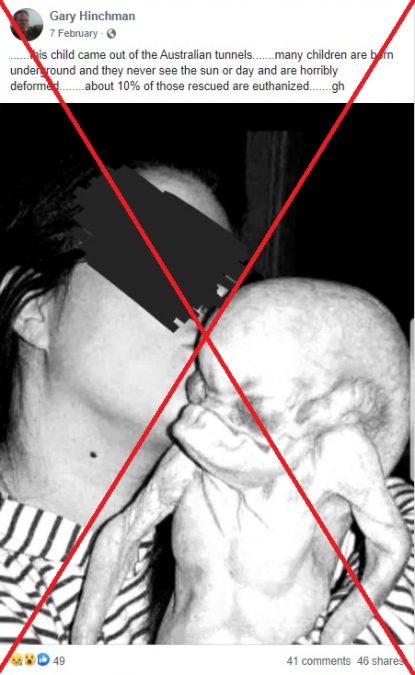 The identical image with similar claims have been shared on Facebook in English here, French here and Vietnamese here, on Twitter here as well as on TikTok here.

The belief that there are trafficked children hidden and being rescued from underground tunnels in major cities is a mainstay for the conspiracy theory QAnon, a movement that seeks to identify a “deep state” or “global elite” complicit in human trafficking, according to this report published by Melbourne-based media outlet The Conversation on September 14, 2020.

The report reads in part: “One conspiracy theory ‘going viral’ is that extensive operations are taking place to rescue children held in secret underground locales beneath densely populated cities.

“Tunnel networks beneath major Australian cities such as Melbourne and Sydney have received similar treatment.”

The QAnon conspiracy emerged in 2017 after cryptic posts started appearing on the anonymous messaging board 4chan -- later migrating to a similar site, 8kun -- by a user named "Q Clearance Patriot", who claims to be an American intelligence official with access to classified information, according to this AFP report.

However, a reverse image search found the photo used in the misleading post has circulated online since at least 2014 in numerous different contexts.

A Yandex image search of the post led AFP to another version of the image on an archive for message board 4Chan, which was posted on August 26, 2014.

Below is a screenshot comparison of the photo seen in the misleading social media posts (L) and the image published on 4Chan (R): 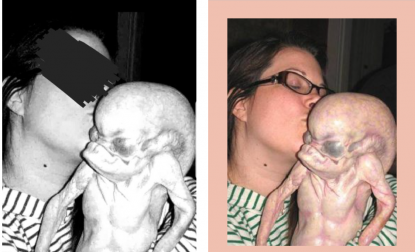 Another reverse image search on Google found the photo published in this article on a Czech satire site Pohrom on September 21, 2016.

A caption for the image reads: “‘Qagirio is a completely normal little alien. It just changes color twice an hour,’ says teacher Nováčková.” 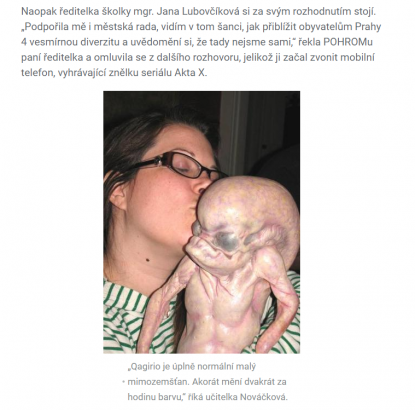 Screenshot of the Pohrom article, captured on March 17, 2021.

A disclaimer at the bottom of the website reads: “All articles are fictional and not based on the truth, and the POHROM editorial staff is not responsible if anyone really believes the articles published here!”

AFP found no credible reports that back the claims about children being rescued from "Australian tunnels" made in the misleading post as of March 17, 2021.

Interest in the QAnon conspiracy increased sharply in 2020, according to research by the London-based ISD think tank.

AFP has debunked dozens of QAnon-linked false and misleading posts about child trafficking, for example false claims about girls being found locked in shipping containers or lured in the street with roses fitted with tracking chips, or about 39 missing children purportedly found in a trailer in Georgia, USA.