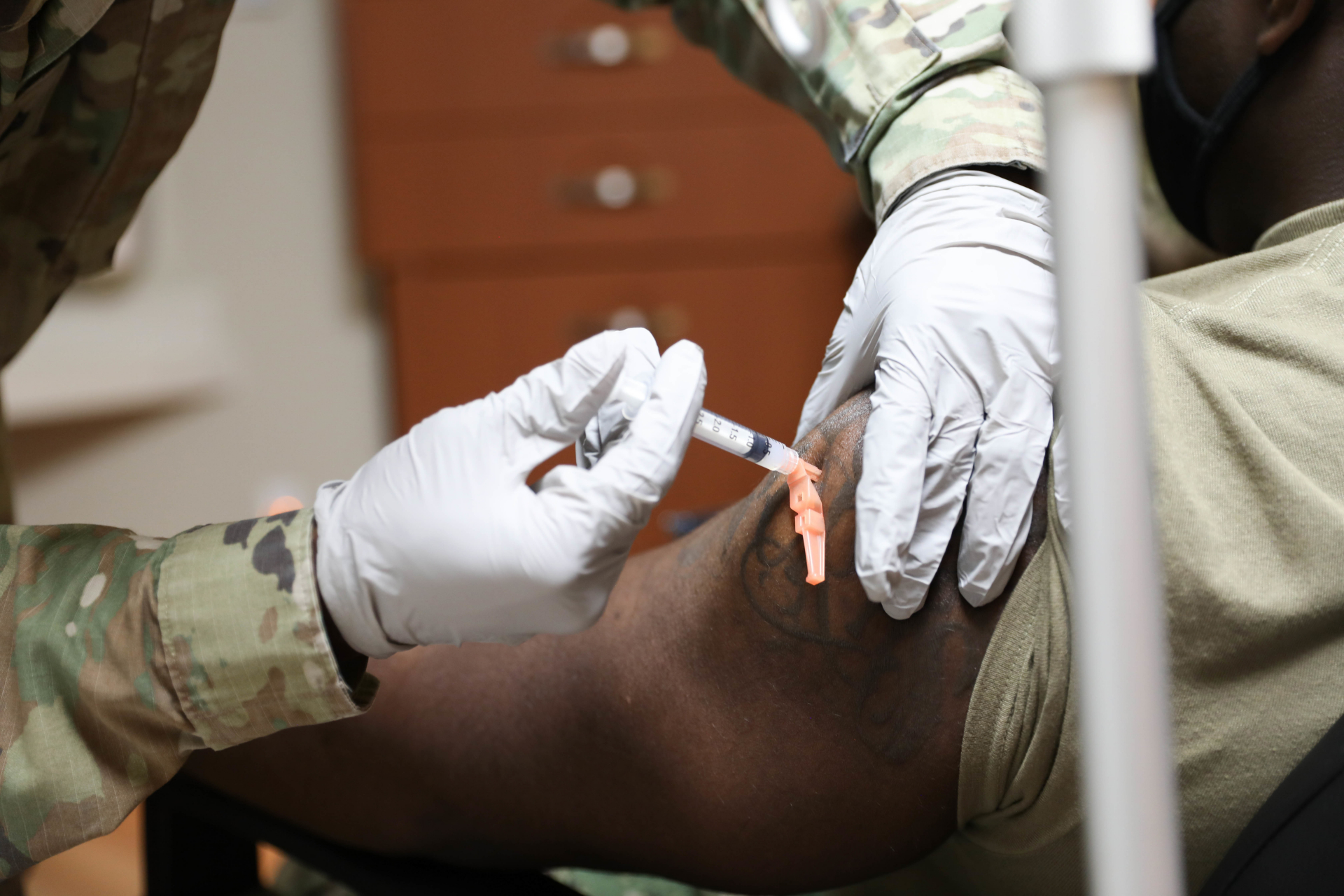 US military is not dishonorably discharging 350,000 Covid-19 vaccine holdouts

An online article shared on social media in October 2021 claims that some 350,000 US military personnel are being dishonorably discharged for refusing to be vaccinated against Covid-19. This is false; the Pentagon says the figure is inaccurate, and that the requirements are not yet in effect.

"An estimated 350,000 of our military service members are being dishonorably discharged for refusing to take a completely unnecessary and experimental mRNA nanotech injection," the October 8, 2021 article on Substack says. 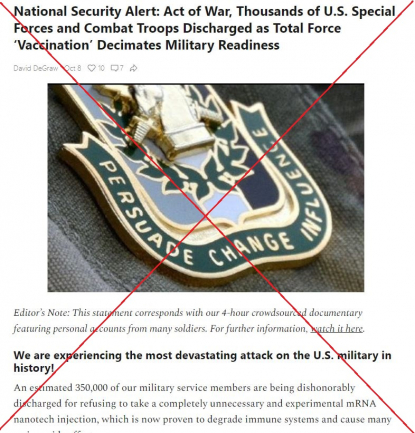 The Pentagon said in August that it would make Covid-19 vaccination mandatory as infections from the Delta variant of the virus were surging. Claims that the vaccination requirement could trigger dishonorable discharges -- which result in a loss of benefits and make obtaining civilian employment difficult -- sparked outrage on social media.

But no troops have been discharged for refusing the vaccine at this point, and the number who may face action is nowhere near the level suggested in the article, according to a Pentagon spokesman.

"I can tell you that 350k members are not facing dishonorable discharge," Major Charlie Dietz told AFP.

"I am not sure where that number came from but I can tell you that for the Active Duty service members, more than 96.79 percent have received at least one shot. As a total force, to include the National Guard and Reserves, we are over 80 percent with at least one dose," he said.

With an active duty force of roughly 1.4 million, the Pentagon figures would mean fewer than 45,000 service members have yet to begin the vaccination process.

"I am unaware of any service members being discharged at this time because the deadline for the services has not hit yet ," Dietz added.

Pentagon officials have said they would seek to use a variety of tools to deal with the unvaccinated and were unlikely to resort to courts martial, the step which would be required for a dishonorable discharge, for those rejecting the vaccine mandate for military personnel.

"It's a lawful order, so obviously if after all that effort the lawful order is disobeyed, there could be disciplinary action, but the secretary (of defense) believes that there's lots of tools available to leaders, short of using the Uniform Code of Military Justice (UCMJ), to get these troops to do the right thing for themselves and for their units," press secretary John Kirby said during an October 12 briefing, referring to laws governing US military personnel.

Dietz made a similar point, saying: "If counseling and informal efforts fail to convince, a member’s chain of command could, as a last resort, take appropriate administrative or appropriate disciplinary action commensurate to the alleged offense."

"But again, we view it as highly unlikely that commanders will find it necessary to take action under the UCMJ. They have a range of other tools available to them and will ultimately make judgments based on the circumstances of each case in consultation with legal and medical professionals," he said.

Vaccination deadlines vary depending on the service branch. Active duty Air Force personnel must be fully vaccinated by November 2, with the Navy deadline November 28 and December 15 for the Army. Service members are able to seek vaccine exemptions for religious or medical reasons.

The Navy has said that service members who refuse vaccination will be expelled, but that they would receive a general honorable discharge.

The article also includes a series of other inaccurate claims that AFP Fact Check has debunked. These include assertions that the shots contain nanotechnology, that unvaccinated veterans will be denied benefits, and that vaccination increases the threat of the spread of Covid-19.

Since 2020, AFP has debunked more than 1,000 false and misleading claims about the Covid-19 pandemic. All are available here.