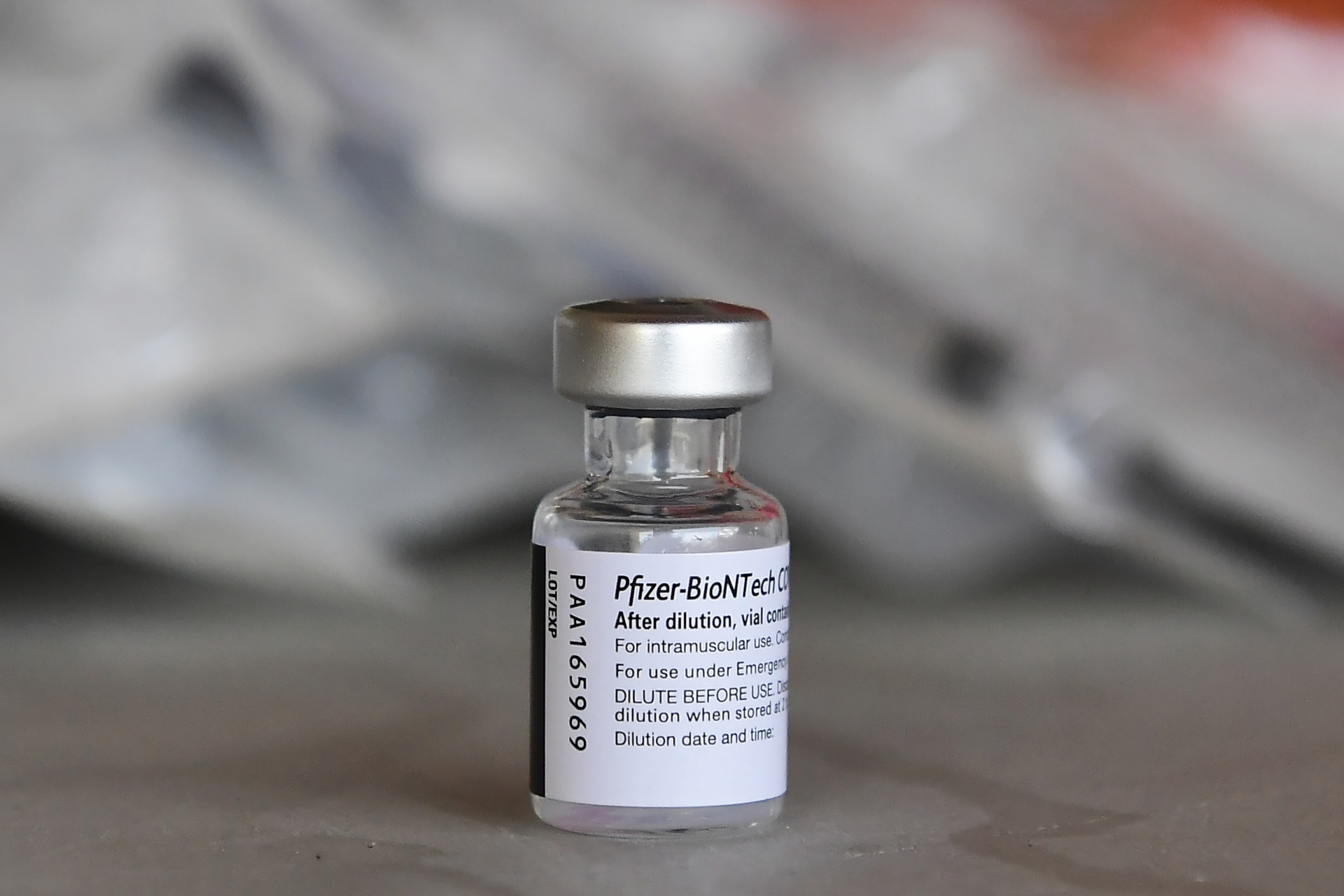 Social media posts claim that Covid-19 vaccines contain robotic "nanotechnology" that can change people's DNA. While they do include tiny fat bubbles to protect mRNA molecules -- an essential component of the shots -- they do not feature miniature robots, and experts say Covid-19 jabs cannot alter a person's genetic makeup.

"NANOTECHNOLOGY IS IN THIS JAB THAT WILL ALTER DNA - STAY AWAY!" warns a July 5, 2021 Facebook post that features images of miniature robots flooding out of a syringe and interacting with DNA and cells. 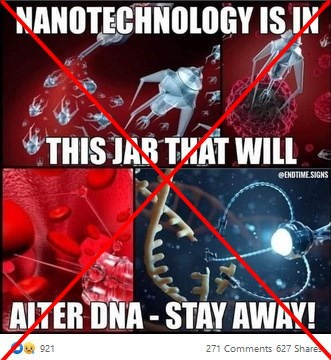 But the word "nanotechnology" refers to anything that has been engineered at the nanoscale, and it does not necessarily relate to mechanical or mineral elements, as the photo suggests. Nanotechnology is used in the food and cosmetics industries, for example.

The mRNA vaccines developed by Pfizer-BioNTech and Moderna differ from previously administered inoculations. Instead of confronting the immune system with part of a virus in a weakened or deactivated form to build antibodies, they give it a "blueprint" of a part of the virus that the body can then recognize and fight when confronted by it later.

They use tiny fat bubbles called lipid nanoparticles to encapsulate fragile mRNA molecules and the information they contain to protect them until they can be safely delivered into cells without being degraded by the body's enzymes. This video explains how the shots work.

Most of the 334 million doses of Covid-19 administered in the United States were mRNA shots. More than 43 million doses in total have been put into arms in Canada.

Catherine Klapperich, professor of biomedical engineering at Boston University, told AFP on July 12 that "there are no robots" in the Covid-19 vaccines.

She lamented that the word "nanotechnology," coined decades ago, has been misinterpreted over time to suggest that "there's some sort of active, living component that's going to go into your body and be like a little robot, march around and do stuff, and that that must be nefarious."

"But in actuality, the word 'nanotechnology' just simply means that these are technologies or materials that are the scale of a nanometer, and that's it. This is actually a very passive material, it's a lipid," she explained.

A deluge of inaccurate claims about vaccines has spread across the internet as countries around the world seek to immunize their populations against Covid-19, which has killed more than four million people around the world.

Matthew Miller, associate professor with the Department of Biochemistry & Biomedical Science at McMaster University in Hamilton, Ontario, said for a previous fact-check that "mRNA is the code for proteins. It does not alter the DNA of your cells. Indeed, your cells naturally make mRNA from DNA.”

Boston University's Klapperich explained that "in your body, messenger RNA is made from DNA, and not the other way around... DNA is never edited, never copied, never changed" -- and she said it cannot be because that is not something mRNA can do.

Barry Pakes, assistant professor at the Dalla Lana School of Public Health at the University of Toronto , told AFP on April 28 that "the mRNA cannot be integrated into the human genome. We (humans) lack the enzymes to reverse transcribe mRNA to DNA."

The US Centers for Disease Control and Prevention also refuted the claim that Covid-19 vaccines can alter people's DNA here.

"Covid-19 vaccines do not change or interact with your DNA in any way. Both mRNA and viral vector Covid-19 vaccines deliver instructions (genetic material) to our cells to start building protection against the virus that causes Covid-19. However, the material never enters the nucleus of the cell, which is where our DNA is kept," the federal health agency states on its website.