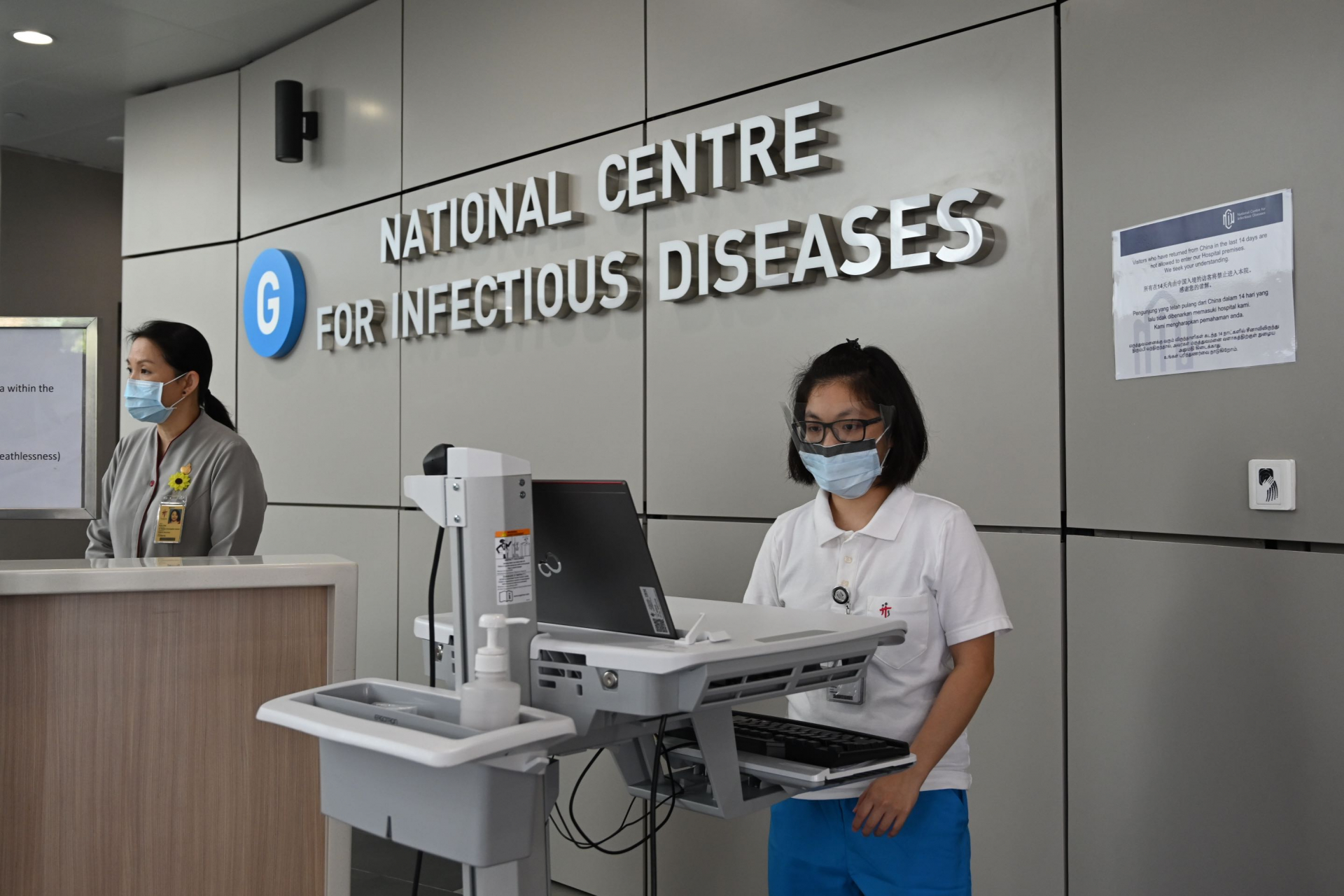 An image has been shared hundreds of times in multiple Facebook posts in January 2021 that claim Singapore stopped “the vaccination”, referring to the rollout of two influenza vaccines, after 48 people reportedly died. The claim is misleading: Singapore temporarily halted the administering of two influenza vaccines in October 2020. According to the Singapore Ministry of Health, the rollout was paused after 48 deaths were reported in South Korea but was reinstated after South Korean investigators found no significant evidence of a link between the vaccines and deaths. Separately, the Korea Disease Control and Prevention Agency said in November 2020 that no “causality” between the deaths and the vaccine had been found.

The post was shared by a New Zealand-based user here. 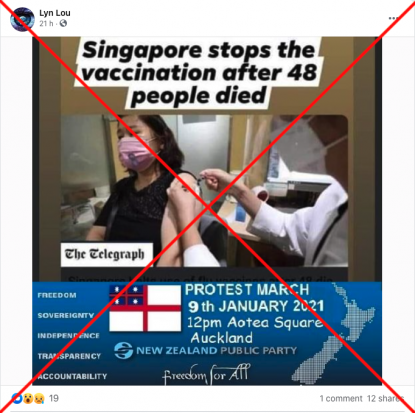 The image appears to show a health professional administering a vaccine to a masked woman.

Text superimposed on the image reads: “Singapore stops the vaccination after 48 people died.”

Below the image, the superimposed text advertises a protest march that was set to take place on January 9, 2020 in the New Zealand city of Auckland.

The protest was promoted by the New Zealand Public Party. The party and it's leader made several misleading claims on social media ahead of the 2020 New Zealand general election, as debunked by AFP here and here.

The image was also shared alongside a similar claim hundreds of times on Facebok here, here, here and here.

The image in the Facebook post was taken from this article by UK-based newspaper The Telegraph published on October 26, 2020.

The article reports that Singapore halted the rollout of two influenza vaccines -- SKYCellflu Quadrivalent and VaxigripTetra -- on October 25, 2020 after 48 deaths were reported in South Korea among a group of people who received the vaccines.

The rollout was resumed on October 31, 2020, however, after South Korean officials found the deaths were “highly likely due to underlying diseases”, not the vaccines, according to the Singapore Ministry of Health.

The statement continues: “To date, there are no safety and quality concerns with all influenza vaccines available in Singapore for the Northern Hemisphere 2020-2021 influenza season –  Fluarix Tetra, Influvac Tetra, SKYCellflu Quadrivalent and VaxigripTetra. MOH has informed healthcare providers and medical practitioners that they may continue to offer influenza vaccination using these vaccines.”

An earlier statement from the Singapore Ministry of Health and Health Sciences Authority issued on October 25, 2020 said that “no deaths associated with influenza vaccination have been reported in Singapore to date”.

According to this press release from the Korea Disease Control and Prevention Authority issued on January 5, 2021, South Korean health officials have investigated 108 deaths in a group of people who received flu vaccines, but found no causal link between the vaccines and the deaths.