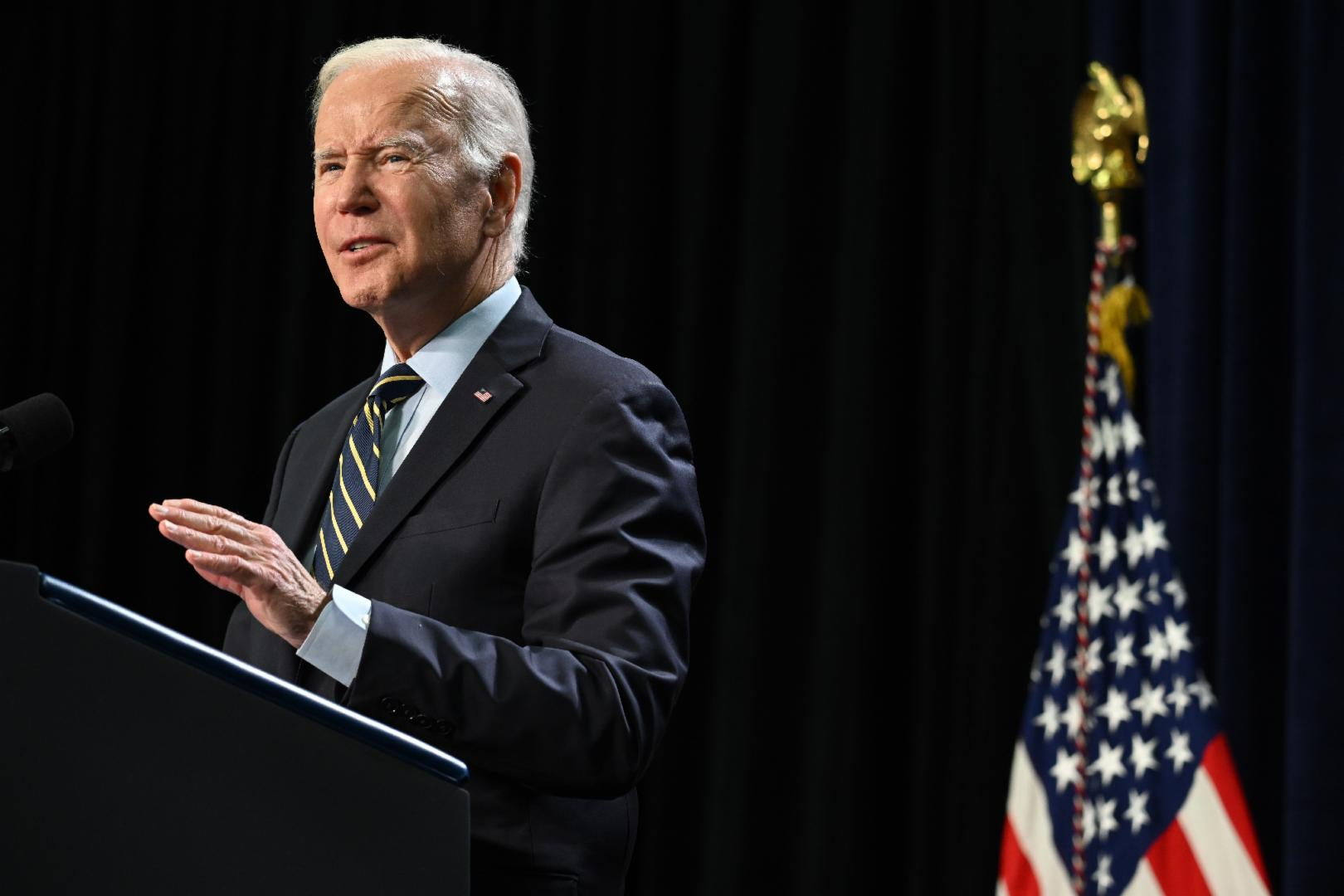 Facebook posts advertise a "relief package" that supposedly offers free health insurance to all Americans earning less than $50,000 annually, citing a January 2021 executive order from US President Joe Biden. This is false; the provision urges states to make federal programs more accessible, but experts say it does not provide for no-cost insurance. 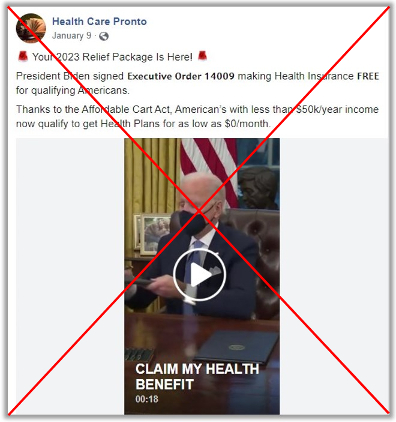 The posts are the latest in a series of Facebook advertisements that promote supposed government benefits. The deceptive messages often link to private websites unaffiliated with public health insurance programs such as Medicare or Medicaid.

Executive Order 14009, which Biden signed on January 28, 2021, does call for bolstering both Medicaid and the Affordable Care Act (ACA). But the measure says nothing of free health insurance for all citizens.

Lara Shore-Sheppard, a health economics expert at Williams University, told AFP the social media posts are "not correct," noting health coverage is "definitely not free for everyone."

The Facebook posts include a video of Biden signing several documents. But the clip is unrelated to Executive Order 14009.

A reverse image search indicates the footage comes from a video taken on January 20, 2021 when Biden signed 17 measures related to various issues including immigration, Covid-19 and climate change, hours after his inauguration. 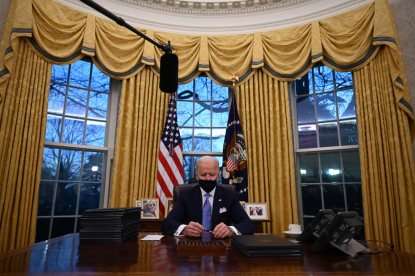 US President Joe Biden holds a pen as he prepares to sign a series of orders in the Oval Office of the White House in Washington, DC on January 20, 2021 ( AFP / Jim Watson)

Executive Order 14009, which Biden signed eight days later, called on agencies to examine policies or practices that could affect the protection of people with pre-existing conditions or create "unnecessary barriers to individuals and families attempting to access Medicaid or ACA coverage."

Shore-Sheppard said the order "allowed a special (Medicaid) enrollment period due to the pandemic and instructed the executive branch to review regulations that might have the effect of reducing access to coverage, but it didn't change any rules about coverage eligibility or price."

Medicaid is a public insurance program that offers free or low-cost health coverage for low-income Americans. It is jointly funded by federal and state governments, meaning each state administers its own benefits, services and qualification requirements, although there are some regulations all programs must follow.

"Medicaid is tricky as it's a federal and state program, meaning each state is different," said Robin Strongin, a health policy expert at the National Consumers League.

Matt Salo, former executive director of the National Association of Medicaid Directors, said the program is "designed to run, operate and look different" in all US states and territories.

For example: "In Alabama, if you are a pregnant woman or a child under 18, you may qualify for Medicaid with relatively high-income levels," he said.

The deceptive Facebook post appeared during the open enrollment period for ACA Marketplace health plans for 2023, but qualified applicants can enroll in Medicaid throughout the year.