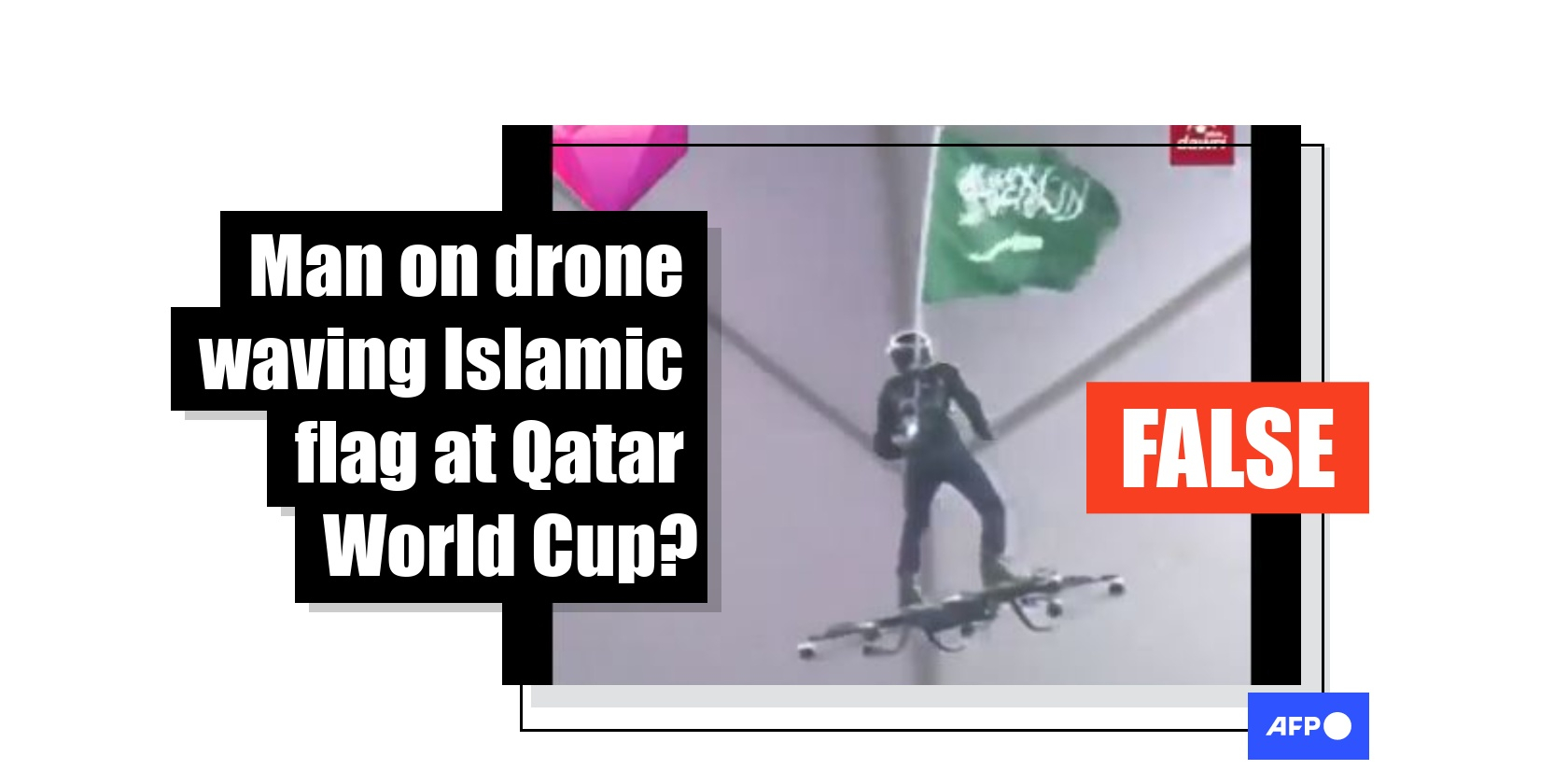 A video has been viewed more than a million times in social media posts falsely claiming it shows a man on a drone waving a flag with the Islamic proclamation of faith at the World Cup in Qatar in 2022. The video was in fact filmed in Saudi Arabia during the local King's Cup football tournament in May 2019.

The Urdu-language caption reads: "During the FIFA World Cup in Qatar, a person on a drone waved a flag with the Kalma Tayyaba and sent a message to the whole world that only this flag will fly the highest in the Islamic world."

"Kalma Tayyaba" refers to the Islamic proclamation of faith, which features on the flag of Saudi Arabia seen in the video. 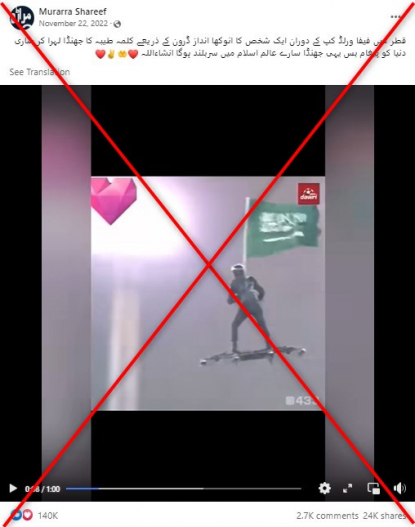 Qatar became the first Muslim nation to host the World Cup and welcomed hundreds of thousands of fans, taking advantage of the opportunity to change minds about Islam or even make conversions.

However, the video was not filmed in Qatar.

A reverse image and keyword search found a longer video with matching scenes posted on Twitter on May 2, 2019 by Saudi sports platform Dawri Plus.

The hashtags in the caption refer to the Custodian of the Two Holy Mosques Cup or King's Cup, where the Al-Taawoun team beat Al-Ittihad in the final on May 2, 2019.

"King Salman attended the final match in the tournament and presented the cup to Al-Taawoun which won their first-ever King’s Cup trophy in only their second trip to the final," Saudi newspaper Arab News reported on May 2, 2019.

Similar scenes can also be seen from the 03:31 mark in a video posted on YouTube on May 3, 2019 by UAE-based Abu Dhabi Sports.

Below is a screenshot comparing scenes from the false posts (left) with the one from Dawri Plus (right):

The false posts were also debunked by the Indian fact-checking platform FactCrescendo.