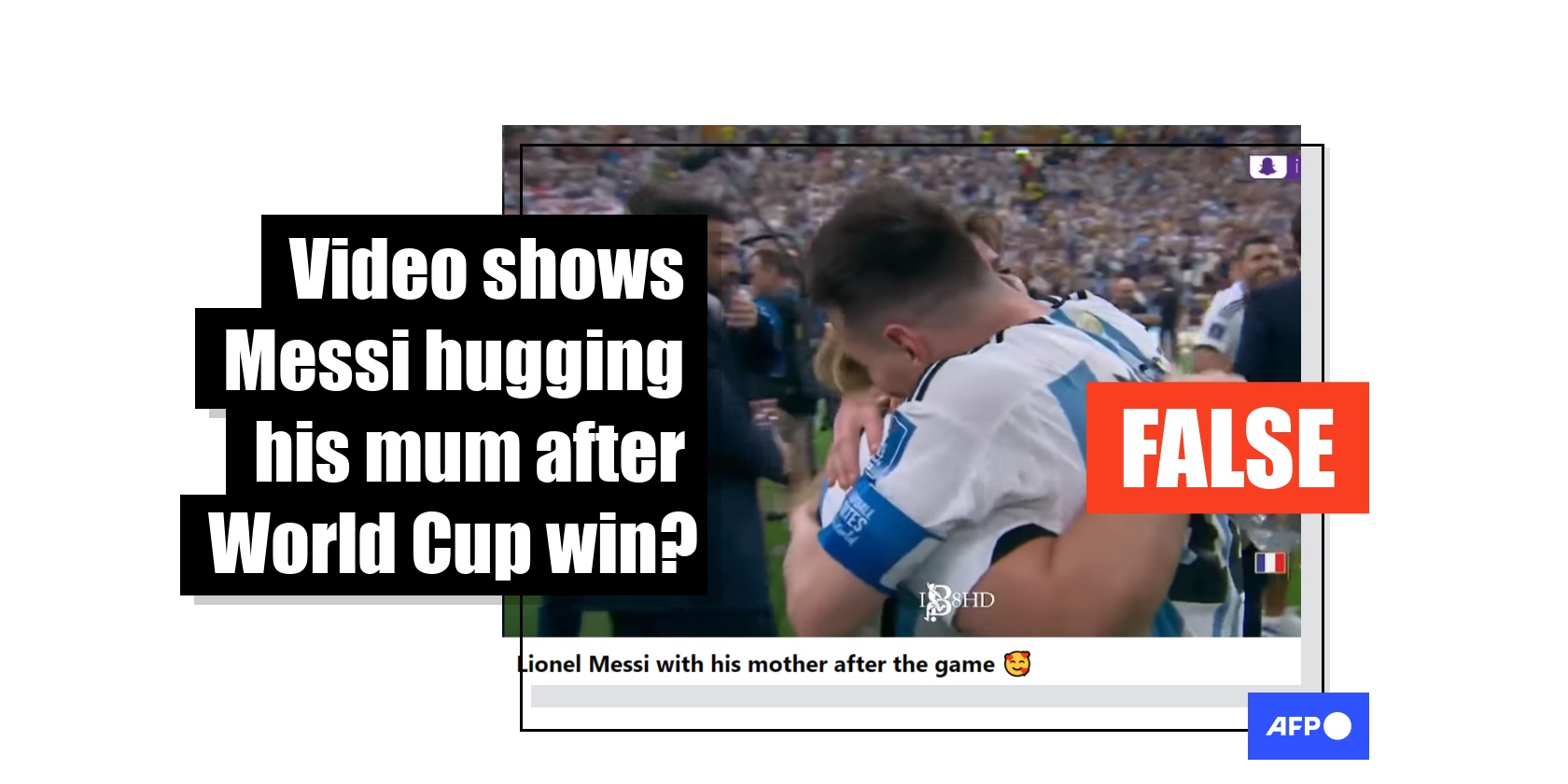 A video that shows Argentinian football player Lionel Messi embracing a woman minutes after his team won the World Cup in Qatar has been viewed millions of times in social media posts claiming she is his mother. Although Messi's mother was pictured hugging him after the dramatic final, the woman seen embracing him in the clip is in fact a chef for the Argentinian national team.

"Lionel Messi with his mother after the game," reads the caption of a Facebook video published on December 19, 2022.

The 14-second video shows Messi being embraced by a woman on the pitch at Qatar's Lusail Stadium after Argentina beat France to win the World Cup. 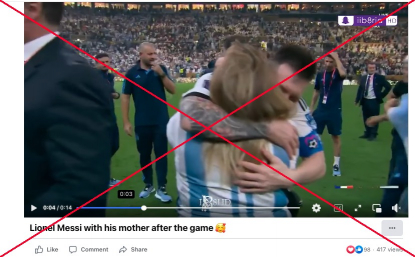 An identical claim was also seen shared in multiple Facebook posts by users across the world, including in Bangladesh here and Nigeria here. It was also shared widely on Twitter here.

The clip was also viewed more than four million times on YouTube here and here.

It was also seen shared by news outlets and other websites alongside a similar claim here and here.

The video, however, shows the chef for the Argentinian national team, not Messi's mum.

A reverse image search of the video's keyframes on Google found multiple Argentinian news outlets identified the woman in the footage as national team chef Antonia Farias -- as seen here, here and here.

Farias was cited as one of the team's chefs in Argentina's 2018 FIFA delegation as seen in this communique issued by the Football Association of Argentina.

The Argentinian news articles also referred to this tweet published by the Argentinian football team in June 2018, which shows Farias posing for a photo with soccer players Lionel Messi and Nehuén Pérez.

While Messi's mother, Celia Maria Cuccittini, was pictured by AFP hugging her son at the stadium after Argentina's victory, she is not the woman in the viral video.

Below is the AFP photo of Messi's mother hugging him after Argentina won: 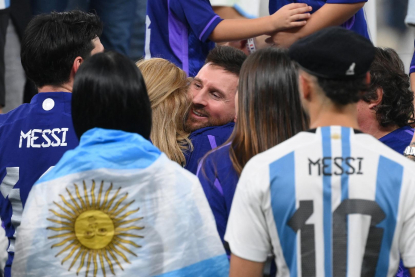 A screenshot comparison of the woman seen in the false posts (left) and the AFP photo of Messi's mother (right) shows they are not the same person:

A screenshot comparison of the woman seen in the false posts (left) and the AFP photo of Messi's mother (right) shows they are not the same person.

AFP previously debunked the claim here after it circulated widely in Arabic-language posts.