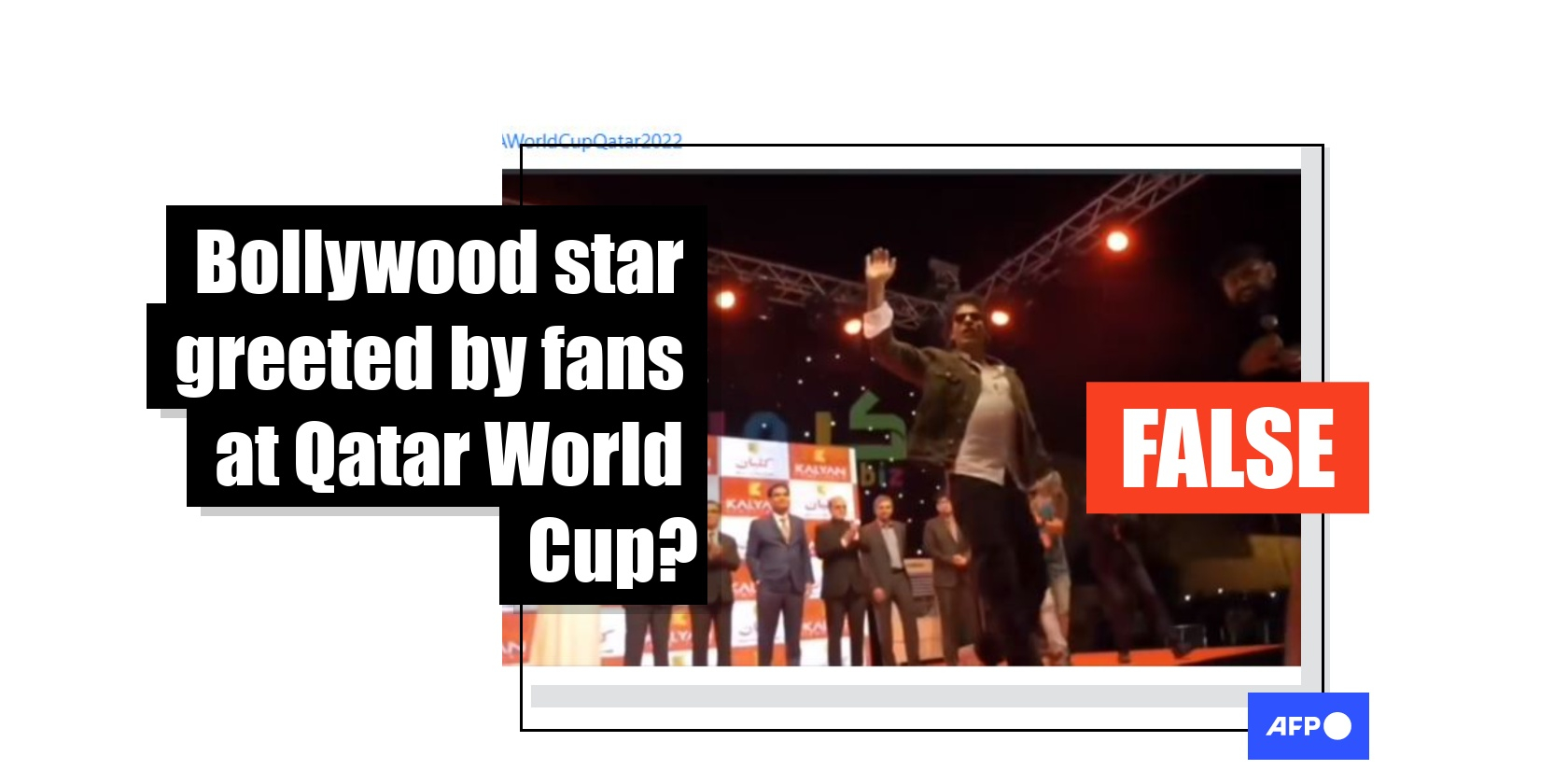 An old video of Bollywood superstar Shah Rukh Khan greeted by adoring fans has been viewed hundreds of thousands of times online with the false claim it shows him at the Qatar World Cup. The video actually shows him opening an Indian jewellery chain in Qatar in 2018.

"Shah Rukh Khan's entry at the Qatar FIFA World Cup. Don is Don, wherever he goes, he goes like a lion," reads a Hindi-language Facebook post from December 18.

The video, which has more than 380,000 views, shows Khan arriving at an event with a convoy of cars to a crowd of screaming fans. He then goes on a stage where he is greeted by several men, including one in traditional Arab clothing.

The video features a watermark that reads "Qbiz".

The video circulated in similar posts on Facebook here and here and on Twitter ahead of the release of Khan's latest film "Pathan".

Right-wing groups in India and leaders from the ruling Hindu nationalist Bharatiya Janata Party (BJP) have called for a boycott of the movie over allegations it contains anti-Hindu content.

While Khan's "Pathan" co-star Deepika Padukone unveiled the World Cup trophy in Doha before Argentina beat France in one of the most dramatic World Cup finals ever, AFP found no reports indicating that Khan himself was in Doha for the tournament.

The megastar reportedly watched the final from Mumbai with footballer Wayne Rooney.

Some social media users appeared to believe the footage showed Khan arriving in Doha for the World Cup.

"There is no respect for him in our country but seriously feeling proud to be an Indian," read one comment.

"Everyone in our country is opposing him in the name of religion but the whole world salutes him," another wrote.

However, the video was filmed years before the World Cup in Qatar.

A keyword search found a longer version of the video posted on YouTube on May 20, 2018 by an events management company called Qbiz Events.

Kalyan Jewellers is an Indian firm with jewellery showrooms across the subcontinent, as well as in Oman, Kuwait, Qatar and the United Arab Emirates.

Below is the screenshot comparison of the video in false posts (left) and Qbiz events' YouTube video (right): 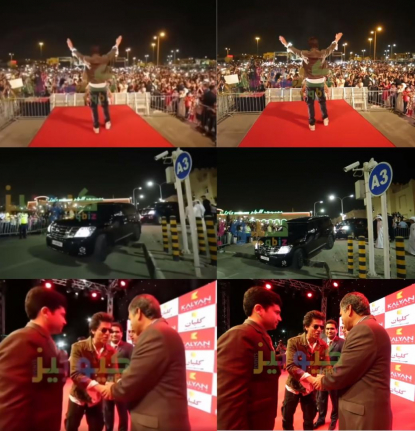 Kalyan Jewellers posted a video of the same event on Facebook on April 26, 2018.

Various news outlets reported on the event, including here and here.