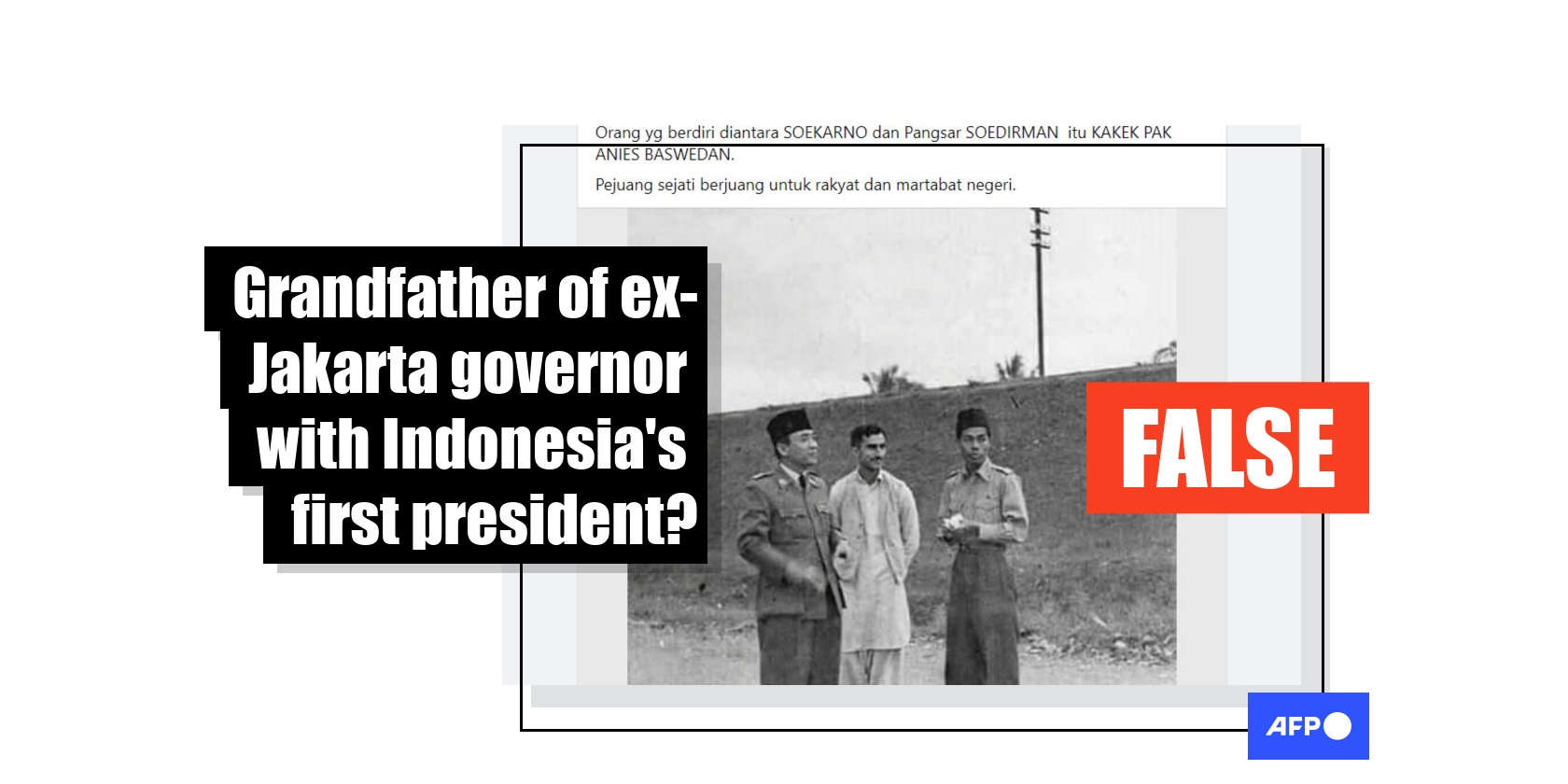 A photo has been shared hundreds of times in posts that falsely claim it shows Abdurrahman Baswedan, the grandfather of former Jakarta governor Anies Baswedan, standing next to Indonesia's first president Sukarno and the country's first military commander General Sudirman. While the picture does show Sukarno and Sudirman, the third man is in fact an Indian diplomat named Mohammad Yunus. According to photo archives, it was taken in central Java in 1948.

The black and white photo that shows three men was posted here on a Facebook page supporting Indonesian politician Anies Baswedan on December 11, 2022.

The post's caption, written in Indonesian and Javanese, reads: "To find a life partner, we have to know social-economic status, lineage and personality, even more so when we choose a future leader for a major country like Indonesia.

"A true fighter fights for people and the country's dignity." 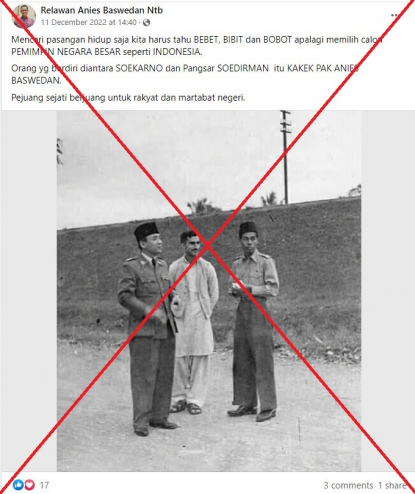 The late Indonesian journalist and diplomat Abdurrahman Baswedan was the grandfather of Anies Baswedan, former Jakarta governor and presidential hopeful in the country's upcoming 2024 election.

Sukarno, Sudirman and Abdurrahman Baswedan were involved in Indonesia's independence movement and are recognised as national heroes after they passed away.

The same photo has been shared more than 890 times after it circulated alongside a similar claim on Facebook here and here; and on Twitter here, here and here.

A combination of reserve image and keyword searches on Google found the photo was published here on the virtual library managed by India's Ministry of Culture.

The photo's caption reads: "Various activities of Mohammad Yunus from October 1947 to January 1949 with Indian & foreign leader: Mohammad Yunus with Dr. Soekarno and General Soedirman on way to Wanosobo - July 1948".

Wonosobo is a regency located in Indonesia's Central Java province.

Below is a screenshot comparison of the photo in the misleading post (left) and the photo published by India's Ministry of Culture (right). 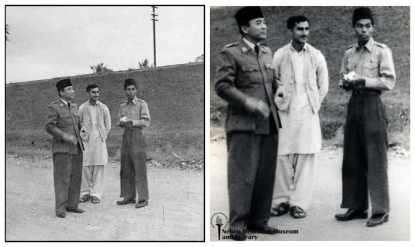 The late Indian diplomat Mohammad Yunus was assigned as Delhi's envoy to several countries, including Indonesia.

Other photos of his activities in Indonesia, dated 1947 and 1948, can be seen here, here and here.

Keyword searches found two photos of Abdurrahman Baswedan: one was tweeted by Indonesia's National Archives and the other published by the National Library.

Below is a screenshot comparison of a photo of Yunus (left, marked by AFP) and a picture of Abdurrahman Baswedan (right). 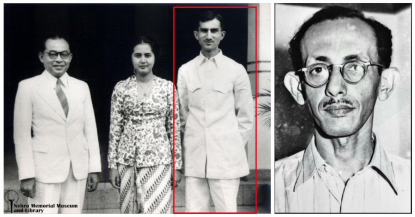