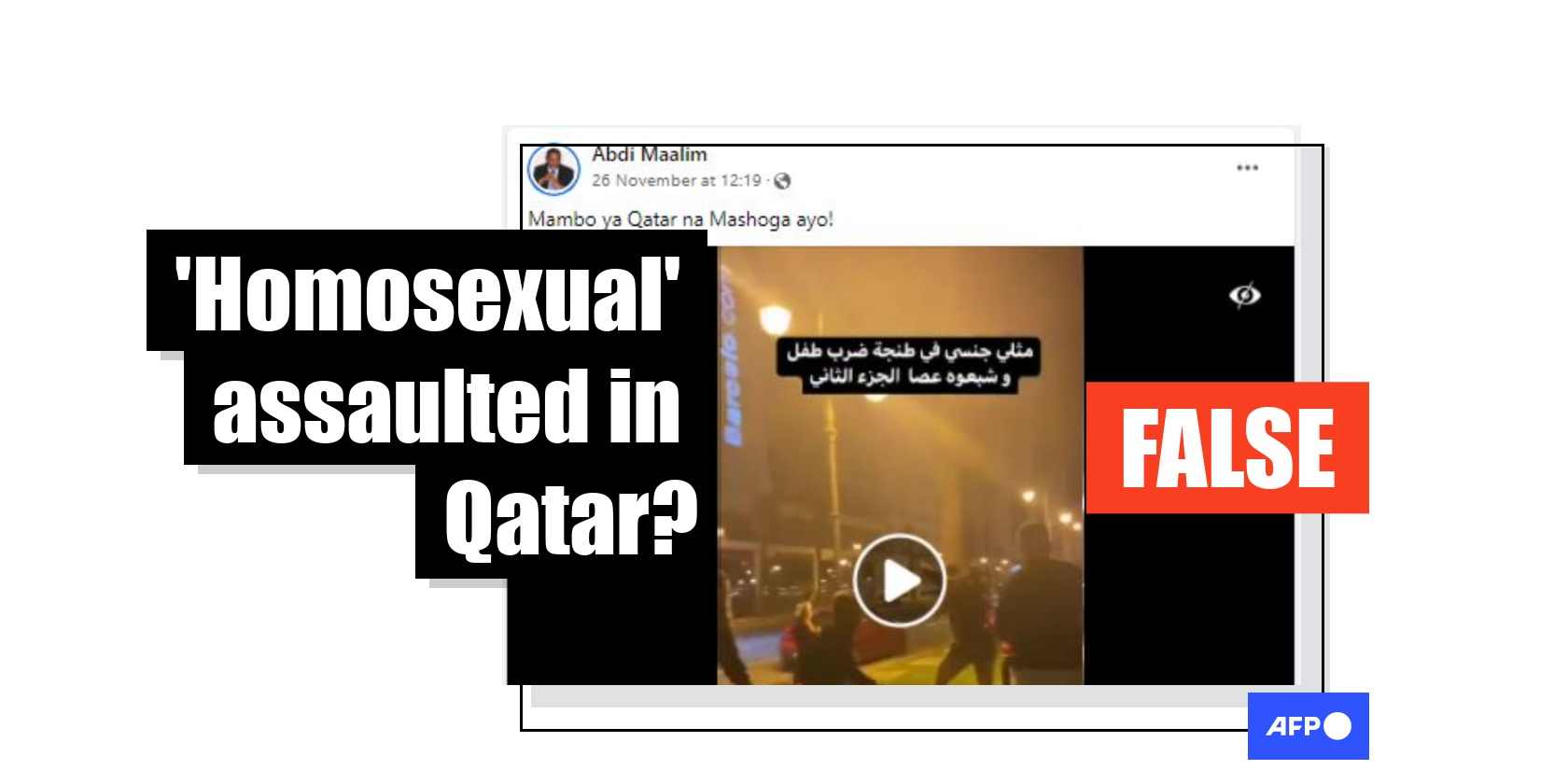 Video shows attack on transgender woman in Morocco, not Qatar

A video is making the rounds online in Africa with a claim that it shows a brutal attack on a “homosexual” in Qatar. The Muslim nation, which is hosting the 2022 World Cup tournament, has come under scrutiny for its strict laws against homosexuality. But the claim is false: the footage was filmed in Morocco on November 14, 2022, and shows a transgender woman being attacked in the city of Tangier.

“Qataris have said they do not want homosexuals in their country. They are thrashing them badly,” reads this Swahili tweet shared on November 24, 2022. 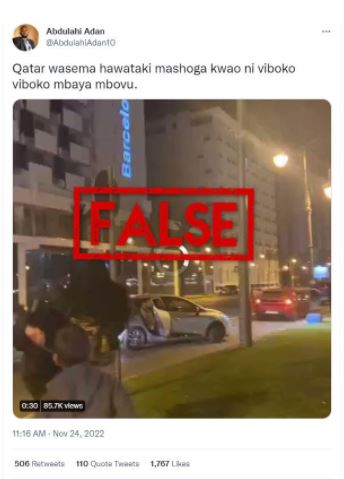 A clip posted with the tweet shows a person in a short dress and heels stumbling along a grass verge while trying to flee the blows and kicks coming from a group of men and children.

About 13 seconds into the footage, the victim is shoved to the ground and beaten.

The same claim was repeated in a Facebook post alongside another Swahili caption which translates to “Qatar and its gay issues” -- implying that the video was filmed in the Middle East emirate. 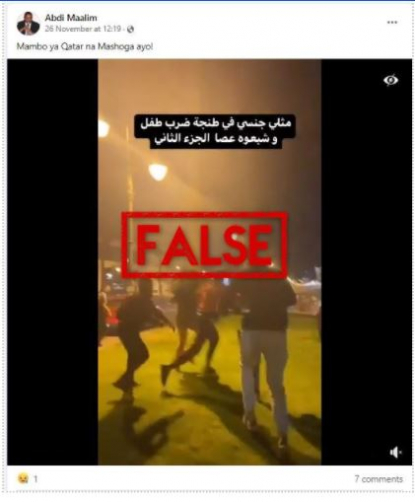 The treatment of the LGBTQ+ community has been of serious concern since football’s governing body FIFA announced the 2022 World Cup would be hosted by Qatar, a conservative Islamic nation that criminalises homosexuality and sex outside marriage.

However, the video in question was not filmed in Qatar.

AFP Fact Check found that an Arabic text box flashing up momentarily in the video loosely translates to: “A homosexual in Tangier hit a child and (they) beat him with a stick.” Tangier is a city in Morocco.

A subsequent Google search of the Arabic words revealed news articles here and here -- including this one with keyframes from the footage -- describing the arrest of four people who allegedly assaulted a transgender woman in Tangier after the same video went viral in the North African country. AFP also covered the story.

Screengrab of an Arabic news article using screenshots of the footage, taken on December 14, 2022

Another clue confirming the video’s location is the hotel named “Barcelo” seen in the background. According to the hotel’s website, the Barcelo has establishments in 22 countries including Morocco but not Qatar. 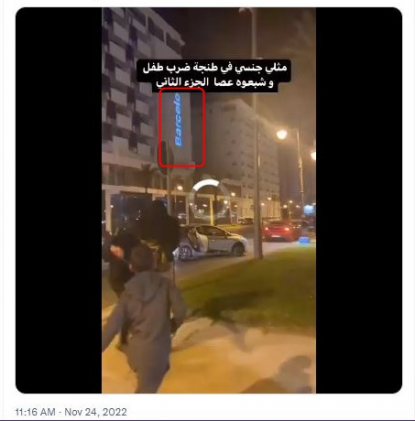 A screenshot showing the name of the hotel, taken on December 14, 2022

Using geolocation, we found the site of the hotel in Tangier on Google Maps, although the building was apparently under renovation at the time the image was shot.

Current images of the Barcelo hotel in Tangier confirm it is the same one across the road from the scene of the attack (see here and here).

According to Outright International, a rights group advocating for the inclusion and equality of LGBTIQ, law enforcement officials in Morocco often conflate gender identity with sexual orientation and as a result, the law is used to criminalise non-conforming gender expression and identity.