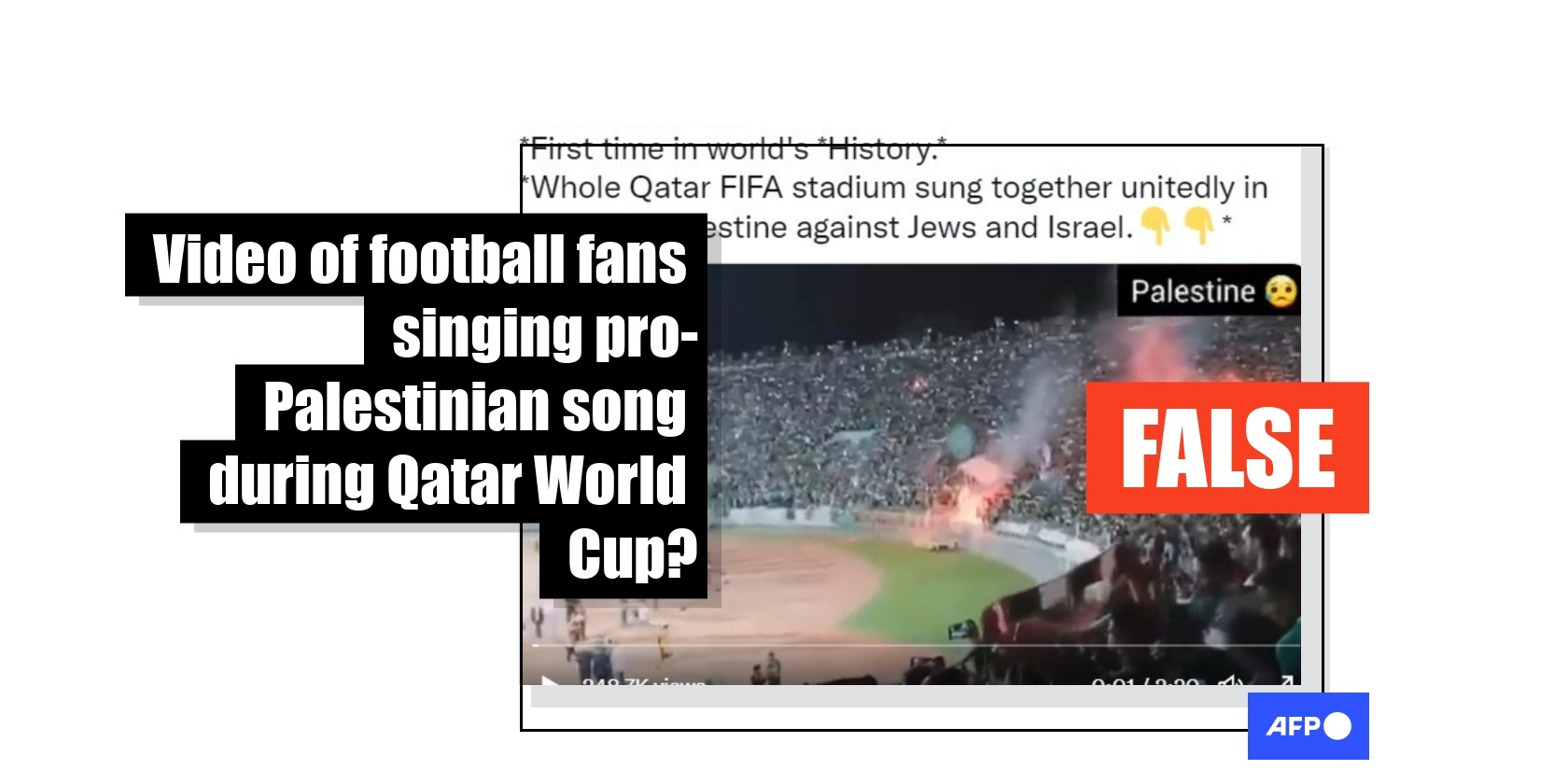 Video shows fans at football match in Morocco in 2019, not at Qatar World Cup

An old clip of football fans singing a pro-Palestinian song has been viewed hundreds of thousands of times in posts that falsely claim it was filmed during the World Cup in Qatar. The clip circulated as the Israeli-Palestinian conflict made its presence felt at the first World Cup on Arab soil, but it was in fact filmed at a football match in Morocco in 2019.

The two-minute 20-second clip -- showing a crowd in a stadium singing a song called "Oh our beloved Palestine" -- resurfaced online as the Palestinian cause is being embraced by many Arab fans and some officials at the 2022 World Cup.

Host nation Qatar has no diplomatic relations with Israel and remains a supporter of the decades-long Palestinian cause for statehood.

Arab fans flooding Qatar have been refusing to speak with Israeli media, while some yell "Long Live Palestine" in front of Israeli television cameras, AFP reported. 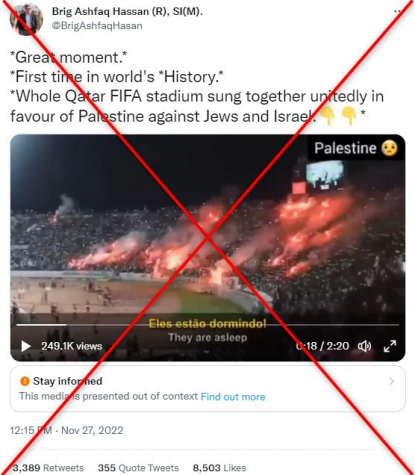 It was also shared in Facebook posts from South Africa and the United Kingdom.

The claim, however, has been previously debunked by Indian media organisations Newschecker and India Today.

While there are reports of pro-Palestinian songs being sung by fans in Qatar (here and here), the clip shared in a false context online predates the Qatar World Cup and was filmed at a stadium in Morocco.

A combined reverse image and keyword search on Google found the clip corresponds to a longer video posted here on YouTube on September 24, 2019.

"The magnificence of Rajawi's Palestinian song from the match between Al-Raja and the Palestinian Hilal Al-Quds," the video's Arabic-language title reads.

The misleading clip largely corresponds to a two-minute 20-second section of the 2019 YouTube video beginning at its 29-second mark.

Below is a screenshot comparison of the clip used in the false posts (left) and the 2019 YouTube video (right):

A similar video of the same event was also published on YouTube by Moroccan sports newspaper Koora Life on September 24, 2019.

According to a report by English-language newspaper Morocco World News, the video was filmed during a football match at the Mohammed V stadium in Casablanca.

"Throughout the game, more than 50,000 supporters chanted songs in support of Palestine."

A structure in the stadium visible in the clip used in the false posts can also be seen in Google Maps’ imagery of the Mohammed V stadium.

Below are screenshots comparing the structure seen in the clip falsely shared online (left) and the same structure visible on Google Maps (right):

AFP has previously debunked false and misleading claims about fans at the Qatar World Cup here and here.