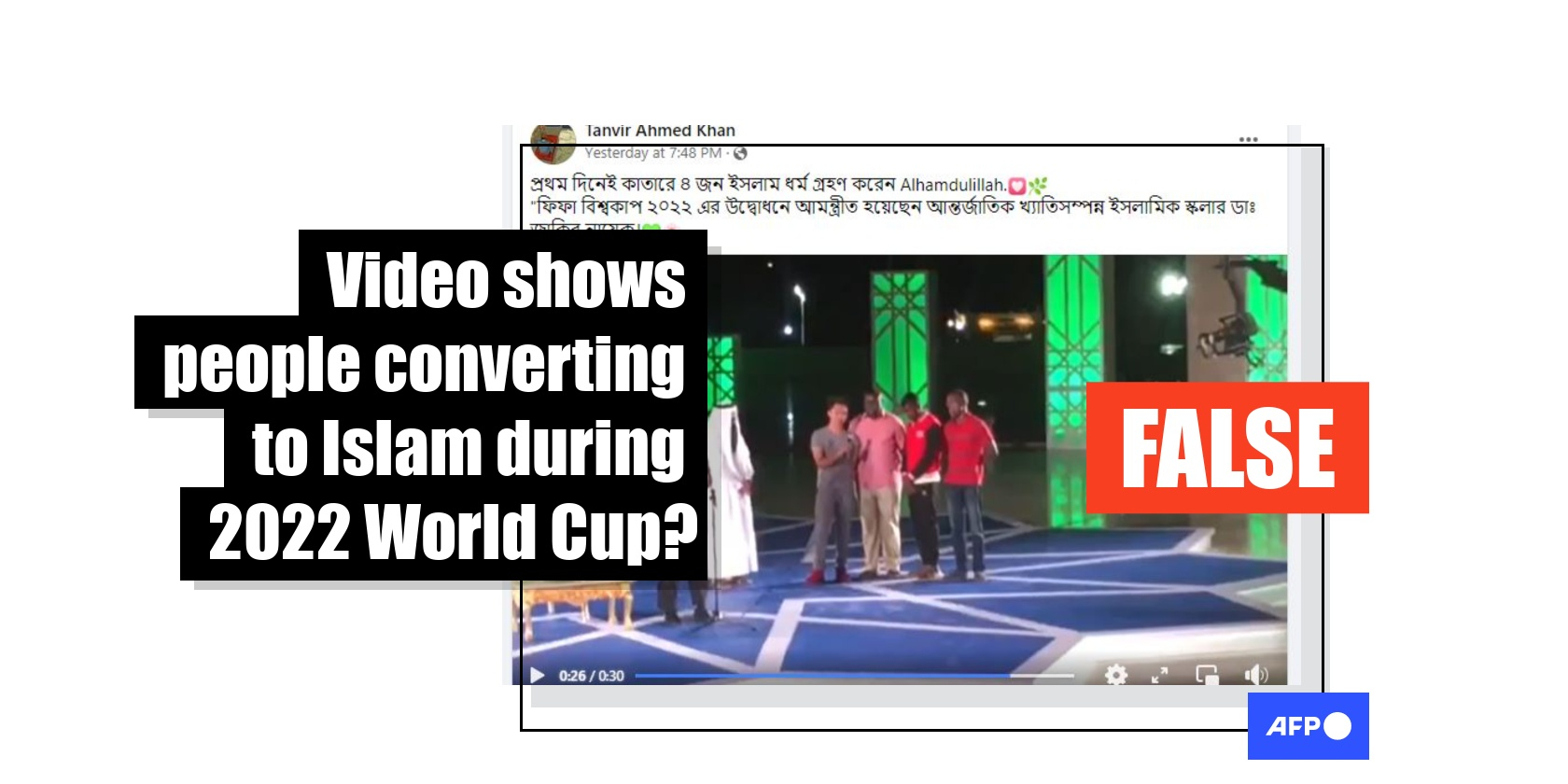 Social media posts have shared a video alongside a false claim that it shows "four men converting to Islam" at the opening ceremony of the World Cup in Qatar with an Islamic preacher. But the footage -- which has been viewed thousands of times -- has circulated online since at least 2016 in posts about an Islamic conversion in the Qatari capital Doha that year. Reports from the time identified the man who led the ceremony as Dr Zakir Naik, a controversial Indian Islamic preacher.

The 30-second video was shared here on Facebook on November 20, the same day the FIFA World Cup kicked off in Doha, Qatar.

The footage shows four men standing on a stage alongside a man wearing a white traditional dishdasha robe (second left) and another man dressed in a black suit and Islamic cap (far left).

The man in the black suit can be heard in the video reciting Shahadah, the Islamic declaration of faith, and the four men on the right appear to repeat the same words.

The post's Bengali-language caption translates to English as: "Praise be to God. Four non-Muslims have accepted Islam after the speech of Dr Zakir Naik in the opening ceremony of the Qatar World Cup." 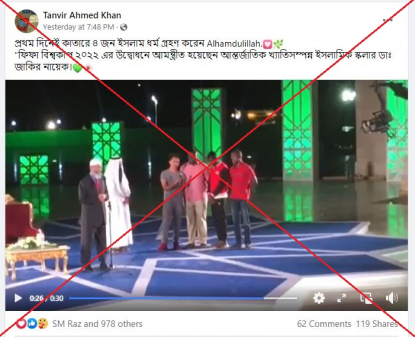 The video was also shared here and here in Bengali along with the same claim.

The caption reads: "Four people declare their conversion to Islam after a lecture by Dr Zakir Naik in Katara, Qatar."

Below is a screenshot comparison of the video shared in misleading Facebook posts (left) and the video posted by Jaber al-Harmi (right) in 2016:

The same event with Naik, titled "Does God Exist", was publicised here by Katara.net, the website for a Doha-based association called Katara Cultural Village, which is supported by the Qatari royal family.

The website's official Twitter page tweeted photos of the preparation for the event here and here.

Al Jazeera Arabic published a report on May 27, 2016 which included a similar video of the same event. The report's headline translates as: "Witness: 4 people declare their conversion to Islam after a lecture by Zakir Naik in Doha."

The report reads: "Four people announced their entry into Islam today, Thursday, after a lecture titled "Does God Exist?" in Katara, Doha, by the Indian Islamic preacher Zakir Naik."