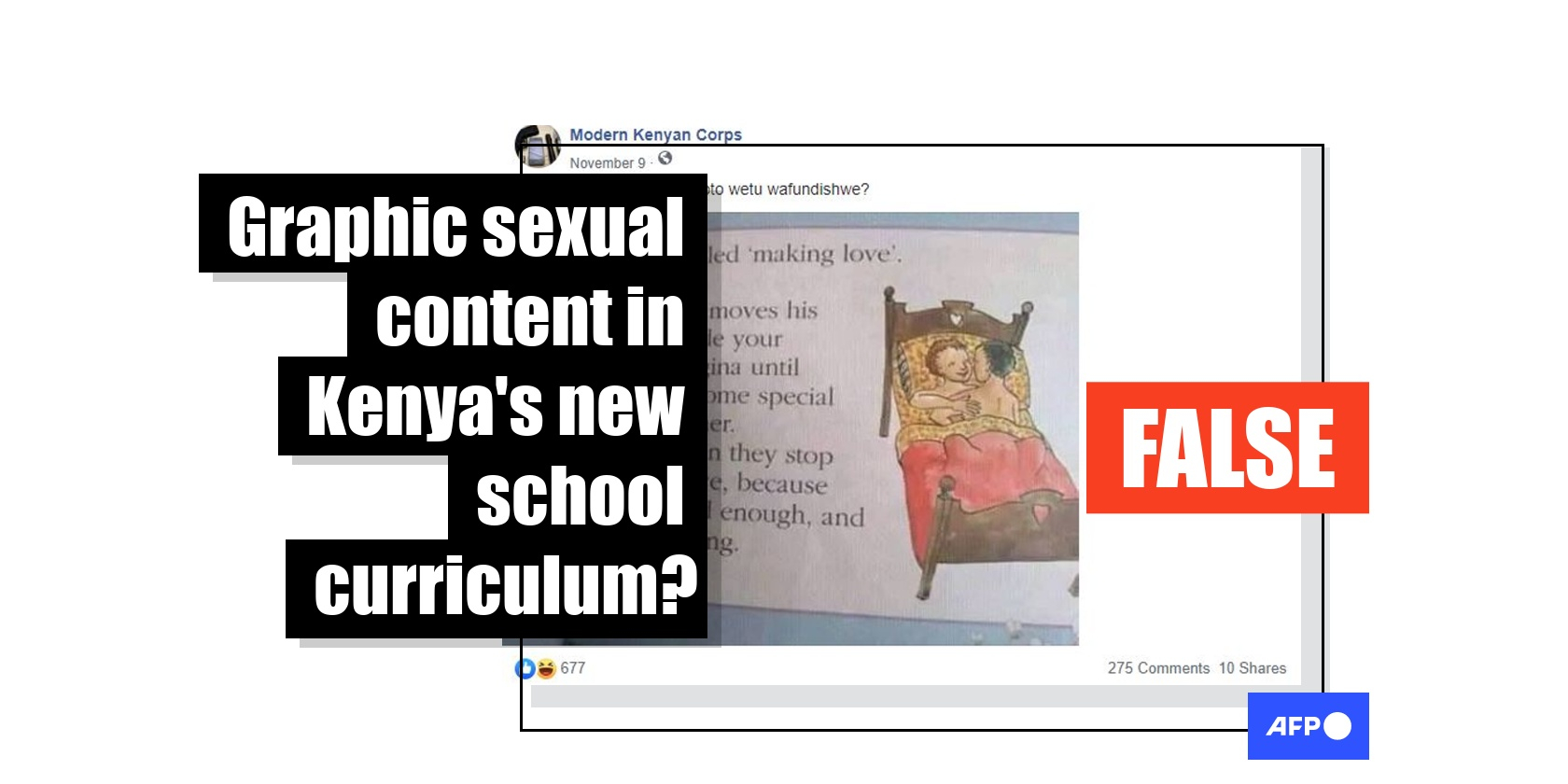 Social media posts have shared sexually explicit cartoons alongside a claim they feature in Kenyan schoolbooks as part of the current curriculum. But the claim is false: the excerpts are not found in Kenyan textbooks and come from two old and unrelated publications. AFP Fact Check already debunked a false claim related to the pictures in 2019.

On November 8, 2022, a Facebook post shared a page from a book titled “This is called making love”, alongside an illustration of a man and a woman in bed.

“Is this the CBC you wanted your children to learn?” reads the Swahili caption, referring to the Competency-Based Curriculum launched by Kenya in 2017. 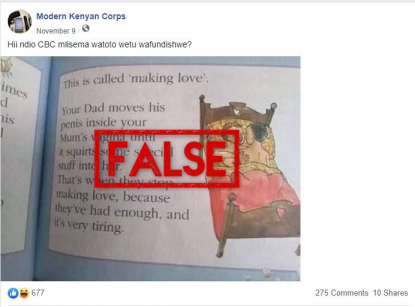 A similar claim on Twitter retweeted more than 1,000 times was shared with the question: “Is this still CBC?” 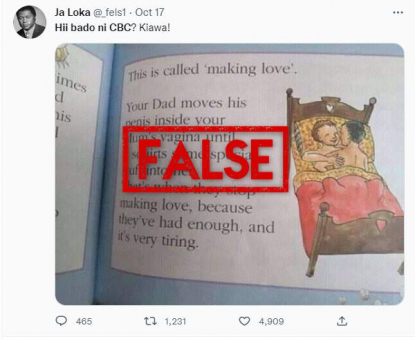 Another tweet shared a similar claim with illustrations displaying the childbearing process from conception to birth.

“CBC is responsible not me,” a tweet replying to a commentator sharing a positive pregnancy test claimed – jokingly attributing the positive test to the syllabus and including an excerpt of the books as proof. 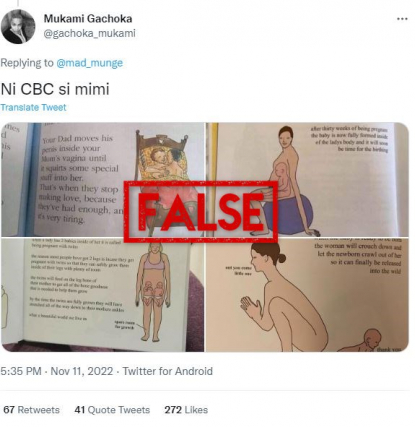 The Kenyan government under former president Uhuru Kenyatta introduced the CBC in 2017 to replace the so-called 8-4-4 system, which saw students spend eight years in primary school, four in secondary school and four more in university.

Kenyatta’s reforms were met with some opposition, and have been challenged in court (see here and here).

Nevertheless, the images circulating on social media are not part of CBC textbooks.

AFP Fact Check already debunked a similar claim in 2019 purporting that the book was in use in South African schools.

However, a reverse image search of the first picture of a couple in a bed located an Afrikaans version of a children’s book titled “Het die Ooievaar My Gebring?” in a (paywalled) Netwerk24 news article dated August 17, 2018, alongside an index page showing its publishing information. 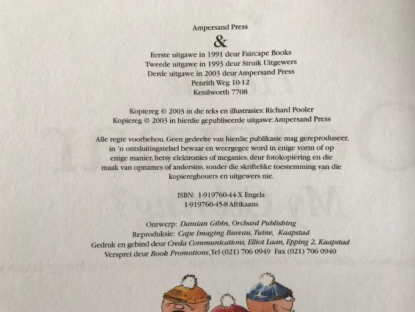 The Afrikaans version is a translation of the book “Did the Stork Bring Me? An Illustrated Guide to the 'Facts of Life' and AIDS for Curious Kids” by a South African author, Richard Pooler.

The book was released by various publishers, including in 1991 by Faircape Books, in 1993 by Struik Uitgewers and again in 2003 by Ampersand Press, according to the index page.

For now, the book is out of stock.

AFP Fact Check traced the other three images to “The Story of Life”, a book by Chris Simpson, a comical cartoonist based in the United Kingdom.

Simpson also posted some of the images being shared in the false claims on his Instagram page (see here, here and here).

The Kenya Institute of Curriculum Development (KICD) said in 2020 that Pooler’s book was not among those used in the CBC system.

A search of the orange book of approved texts revealed neither publication claimed to be part of the CBC reading material.

The excerpts also previously made the rounds with similar claims in Lesotho.