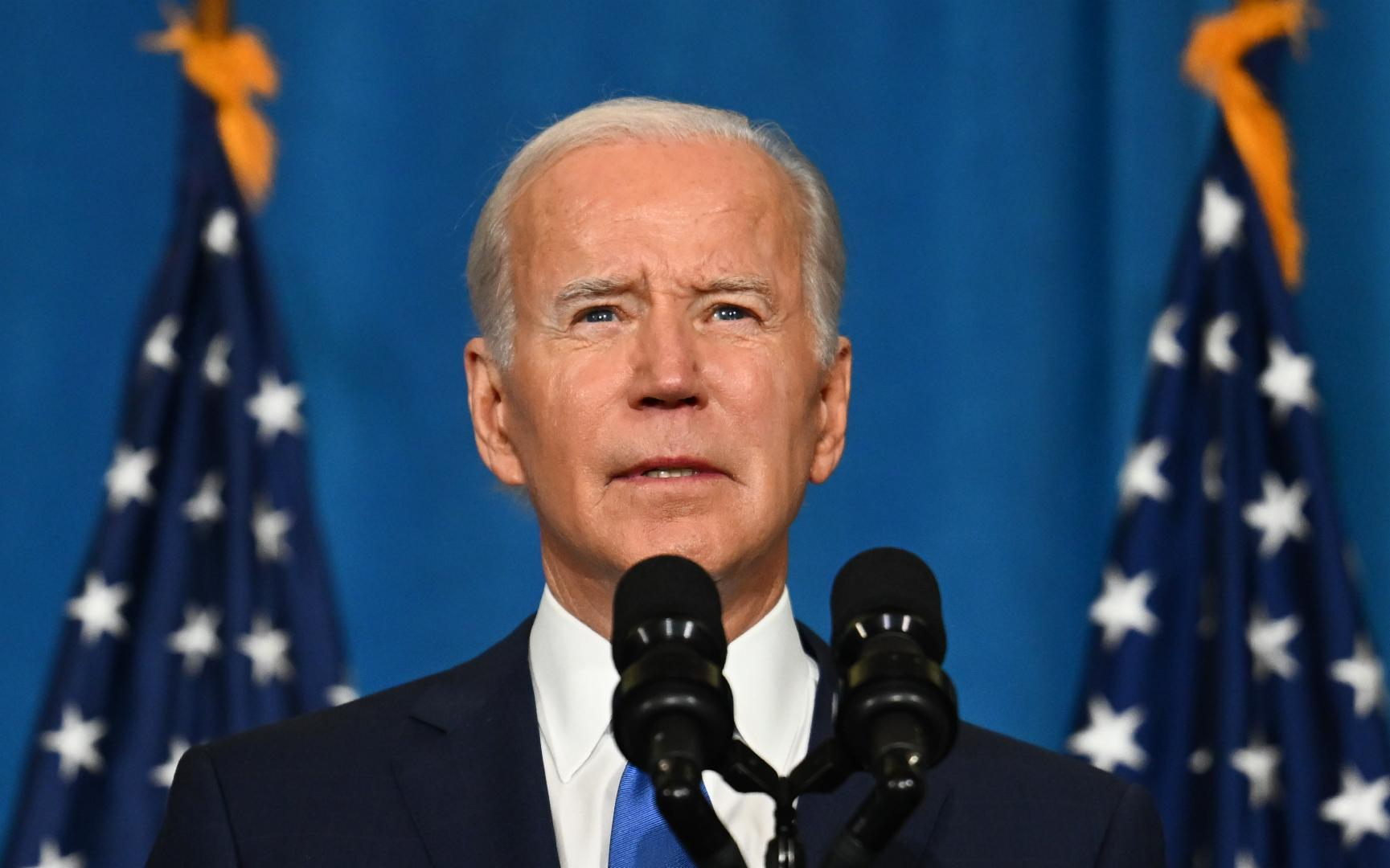 Promoters of the QAnon conspiracy theory on Telegram are claiming US President Joe Biden announced in an address to the nation that Democrats plan to "cheat" during midterm polls by flooding vote counts with fraudulent ballots after Election Day. This is false; Biden made no such remark, but instead urged Americans to be patient as election workers across the country tally all legally cast ballots, a process that takes time.

"Joe Biden announced to the world tonight that they are going to cheat by dumping ballots," says a November 2 post on Telegram from an account supportive of QAnon. "He asked the citizens of America to 'be patient' because 'it takes time to count all legitimate ballots.'"

The post continues: "Patriots, they are counting on We the People to NOT show up so they can dump ballots. For every citizen that doesn't show up, they get 1 illegal ballot. The more that show up, the harder it is for them to cheat ... MOBILIZE!" 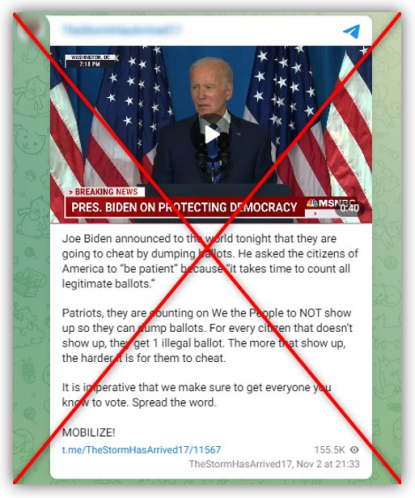 The posts play on debunked conspiracy theories -- boosted by former president Donald Trump -- that shifts in the vote count as ballots were counted after polls closed in the 2020 US presidential election were a sign of fraud in the form of illegal "ballot dumps."

But the posts distort what Biden said in his November 2 address; he never spoke of an effort to "cheat by dumping ballots."

Biden warned in the speech about recent escalations in political violence, voter intimidation and other threats to democracy fueled by Trump's years-long refusal to accept the 2020 election results. Biden urged voters to be wary of Republican candidates who had signaled they might do the same -- refuse to concede -- should they lose.

The president also issued a reminder that it is normal for Americans to not know all results on election night.

"Once again we're seeing record turnout all over the country. And that's good. We want Americans to vote. We want every American's voice to be heard. Now we have to move the process forward.

AFP reached out to the White House for comment, but no response was forthcoming.

Elections in the United States are highly decentralized, with poll closing times and procedures for counting ballots and reporting votes different by state. News outlets, including the Associated Press, commonly project winners based on preliminary results, but official results take time to produce, experts said.

"Election night results are always unofficial in the US," said David Becker, the founder and executive director of the nonpartisan, non-profit Center for Election Innovation & Research. "US ballots are often multiple pages, with dozens of races, and those take time to count and double-check. Every single state does not officially certify its results until days or weeks after the election. This is normal and has been true throughout our history."

Recent history has produced an expectation of quick results, with forecasts by television networks creating such an impression.

But provisional ballots and mail-in ballots, including absentee ballots from members of the military, can take longer to count than in-person votes, said Rick Hasen, a professor of law at the University of California at Los Angeles. That is particularly true in states that do not allow the ballots to be processed before Election Day, including Pennsylvania, where a Senate seat is up for grabs.

Some states, including Nevada, also accept mail-in ballots that arrive within a specific number of days following Election Day -- so long as they have postmarks indicating they were sent on or before the election -- further slowing the count.

In 2020, Trump falsely and prematurely declared victory, taking advantage of early results that showed him in the lead before all votes had been reported.

But election officials, independent experts, international observers and members of Trump's own administration have refuted his claims that the election was rigged by widespread fraud. Dozens of judges rejected lawsuits aimed at overturning the election on the basis of such claims.

"Certainly, in many places we've seen what's reported on election night change after the absentee ballot totals are counted," said Matthew Weil, executive director of the elections project at the Bipartisan Policy Center.

AFP has fact-checked other misinformation about the midterm elections here, here, here and here.