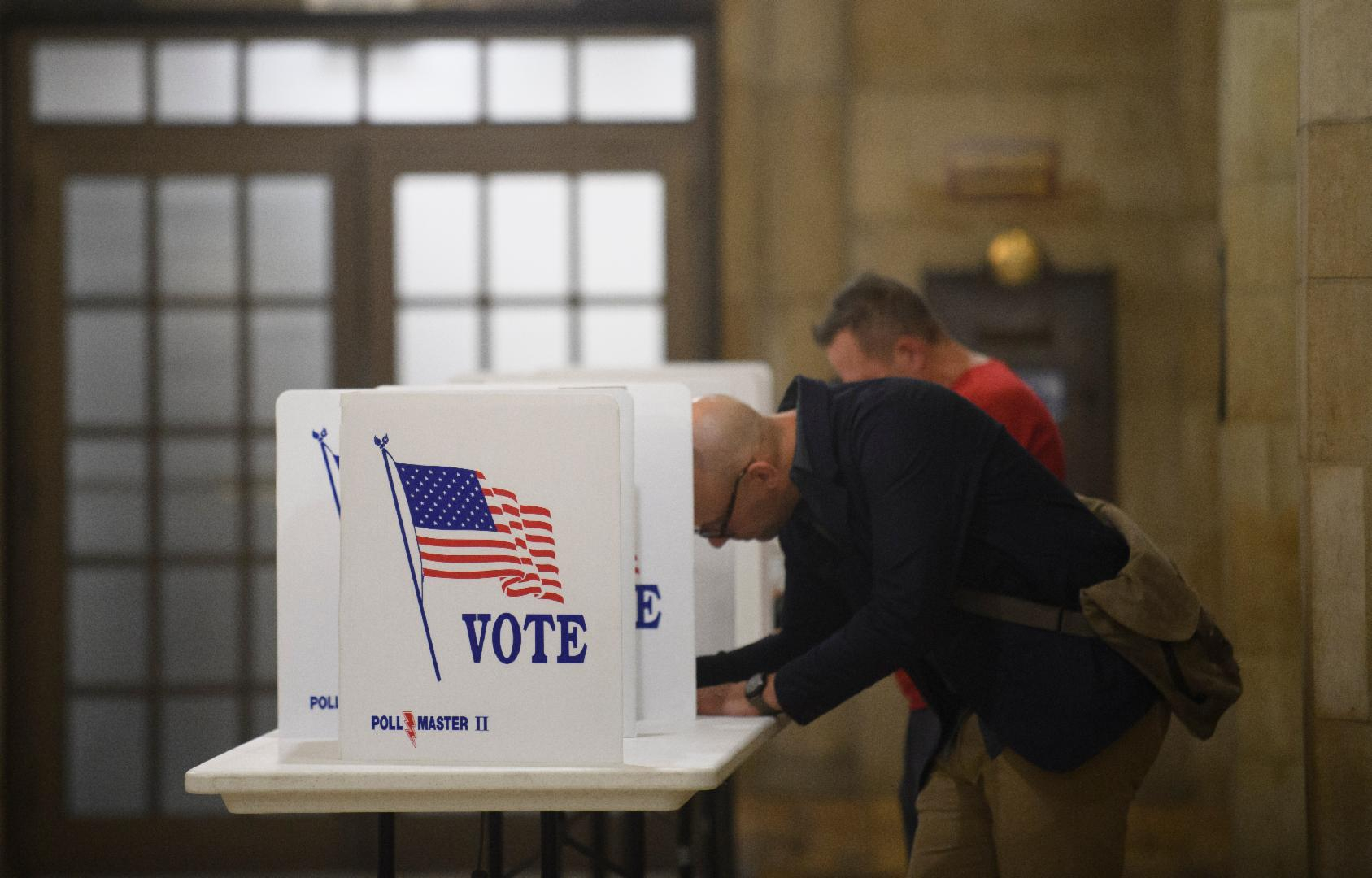 Voters fill out mail-in ballots at the Board of Elections office in the Allegheny County Office Building on November 3, 2022 in Pittsburgh, Pennsylvania ( AFP/Getty / Jeff Swensen)

Former US president Donald Trump claims on his social media platform that more than 240,000 "unverified ballots" have been mailed to voters in Pennsylvania. This is misleading; state officials said the claim conflates mail-in ballot applications with approved votes, which are verified before being counted.

"Over 240,000 'unverified' ballots have already been sent out in Pennsylvania, a total mess," Trump said on October 28, 2022, on Truth Social, a platform he launched in February 2022 after being banned from Twitter.

"The Democrats are playing games again because they know they are in deep trouble after unleashing skyrocketing crime, record Inflation, a war against American Energy, etc." 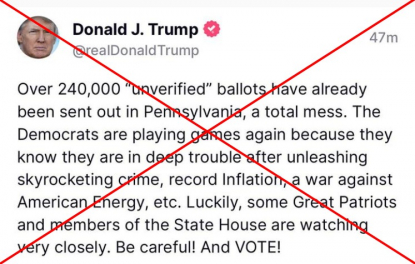 The 240,000 figure stems from a letter sent by several Republican state representatives to Leigh Chapman, acting secretary of the Commonwealth of Pennsylvania.

Pennsylvania, which voted for Trump in 2016 and Joe Biden in 2020, is one of the battleground states that will decide which political party controls Congress after the November 8 midterm elections. It was also the subject of debunked conspiracy theories about the outcome of the 2020 presidential contest -- including some promoted by Trump and his allies.

The former president's recent claim about "unverified ballots" in Pennsylvania is misleading, as well, according to state officials.

"That is misinformation. Any mail-in or absentee ballot from a voter whose identification cannot be verified by the sixth day after the election is not counted," says a statement released by the Pennsylvania Department of State on October 27.

The claims "conflate an application for a mail ballot and an approved mail ballot," the statement says.

County election offices are required to provide absentee ballots "to any registered voter who requests one," according to the Pennsylvania Department of State. This includes voters who do not initially provide proof of identification with their application.

For those who do, their identities are verified by the Statewide Uniform Registry of Electors, which integrates all state-wide registration records, allowing the department to cross-reference data -- including driver's license registrations -- to verify identities.

If they do not or require further verification, their application is labeled "NV (not verified)."

That does not mean voters' identities will not be verified after they provide their state driver’s license information or the last four digits of their Social Security Number.

Mail-in ballots submitted by voters whose identity cannot be verified will not be included in the final vote count.

As of October 28, there were fewer than 7,600 ballot applications in Pennslyvania requiring voter identity verification, according to Chapman, who responded to Republican Representative Francis X. Ryan in a separate letter.

"Please keep in mind that this is simply a point-in-time number, which will continue to decrease as the election gets closer and as voters provide required proof of identification," Chapman said. "Ballots can be verified up to six days after the election."

AFP has fact-checked other false and misleading claims about the US midterm elections here, here and here.