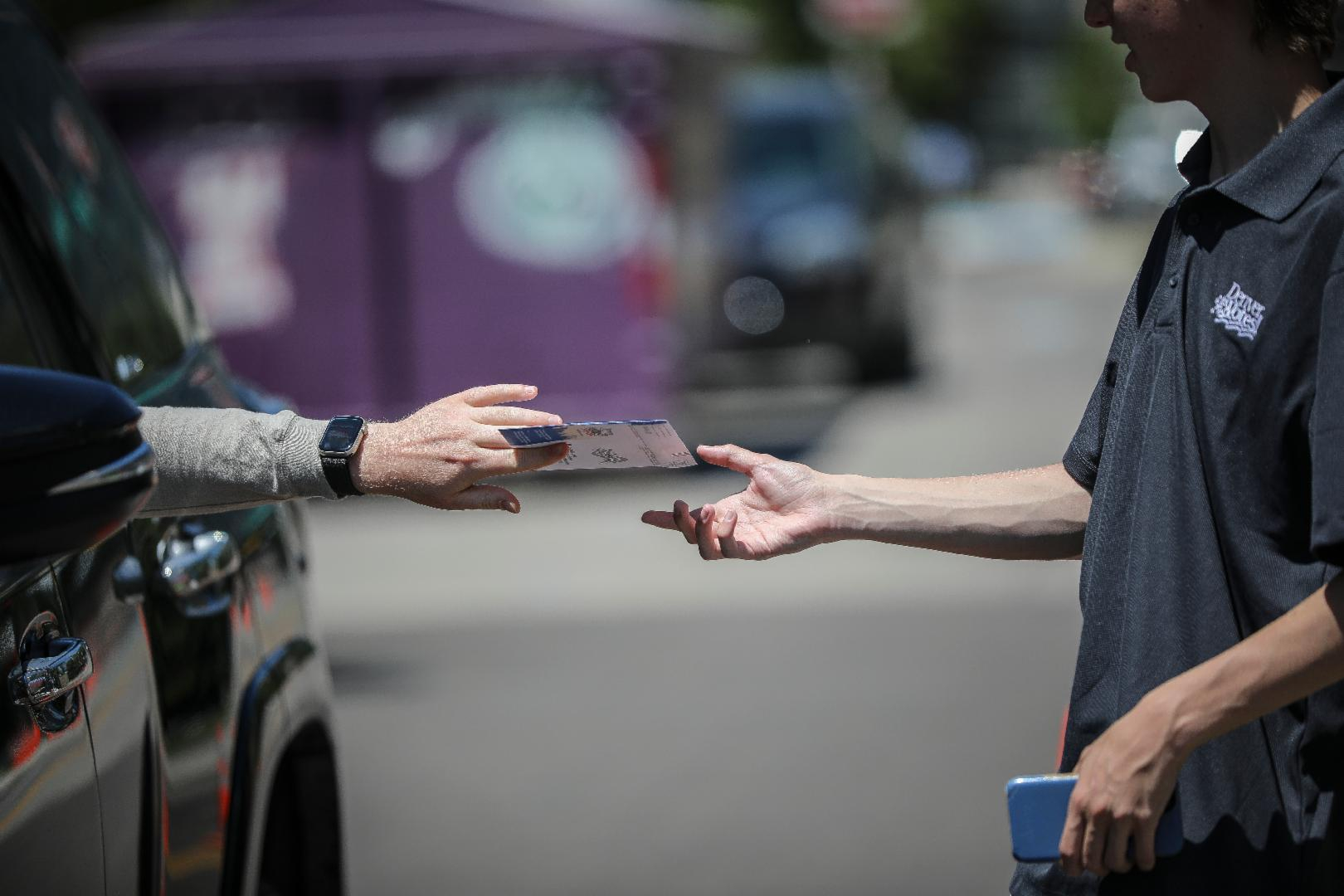 A voter hands over his ballot to an election judge in front of the Denver Elections Commission Building on June 28, 2022 in Denver, Colorado ( GETTY IMAGES NORTH AMERICA / Marc Piscotty)

Supporters of former US president Donald Trump are claiming that Colorado's secretary of state intentionally solicited 30,000 non-citizens to vote in an attempt to rig upcoming midterm elections. This is misleading; while the office did send mailers to those individuals encouraging them to register, the mailer was meant for potentially eligible voters but went to the non-citizens because of a database name matching error. The mistake was quickly identified, and non-citizens remain ineligible to vote.

"If they can't cheat, they can't win," says an October 11, 2022 article from the Gateway Pundit, a conservative website that has previously spread misinformation about elections.

Retired US army general Michael Flynn, who is embroiled in an election interference investigation, shared the link to his hundreds of thousands of subscribers on Telegram.

"This is not a mistake," says the post from Flynn, who has ties to the QAnon conspiracy theory and was Trump's first national security adviser. "30K will change the outcome of most elections," the post adds. 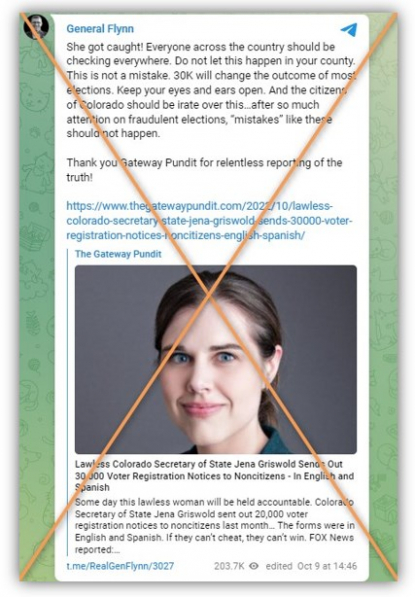 A similar post on The Donald, a far-right internet forum, says: "This was absolutely intentional and they will all be allowed to register and vote."

On September 27, the Colorado secretary of state's office mailed roughly 30,000 non-citizens living in the US state postcards with information about registering to vote. Colorado Public Radio first reported that it had done so in error.

The mailers were sent in accordance with the state's contract with the Electronic Registration Information Center (ERIC), a bipartisan consortium through which 33 states and the District of Columbia share data to keep voter rolls updated as people move, die or change their registration.

ERIC requires Colorado to send one notice per election cycle with voter registration instructions for people in the state who may be newly eligible to vote but have not registered. The organization provided a list of approximately 102,000 people who fit that description, Secretary of State Jena Griswold's office said.

State officials checked the citizenship status of those people by cross-referencing their names against the Colorado Department of Revenue's list of non-citizens with driver's licenses. A difference in formatting -- the Revenue database included 30,000 names for whom the middle name field was blank -- meant some names did not match properly, and officials as a result failed to spot non-citizens who should have been eliminated from the mailing list.

While the incident could cause confusion, experts said it does not amount to evidence of election fraud or cheating, as some posts allege.

"Just getting a mailer doesn't mean anything. It doesn't mean that you're eligible to vote," said Lorraine Minnite, author of "The Myth of Voter Fraud" and a professor of political science at Rutgers University. "This is not registering those 30,000 people. This is just telling them something that was not correct."

The error inspired misleading claims on social media platforms such as Twitter, where some users cast doubt on whether it was truly an accident.

Numerous proponents of baseless claims about election fraud placed quotation marks around words such as "accidentally," "mistake" and "glitch," said Mike Caulfield, a research scientist at the University of Washington's Center for an Informed Public, which analyzed the conversation on Twitter.

"The steal continues," says one October 10 tweet. "I understand why Democrats do this. Cheating is in their DNA."

A user on Truth Social accused Griswold of "ramping up the cheating." Posts on The Donald called what happened "criminal activity" and warned that "all 30k will get registered."

Caulfield said: "As it escalated, you saw people get a little more brazen with what they were claiming."

Contrary to what some social media posts suggest, the mailer was not a ballot or voter registration form.

In English and Spanish, the postcard directed recipients to a website where eligible voters could register to vote. The card explicitly listed "Colorado voter eligibility requirements" -- including that voters must be "a United States citizen."

A spokesperson for Griswold’s office told AFP it is not aware of any non-citizen who has attempted to register after receiving the mailer. 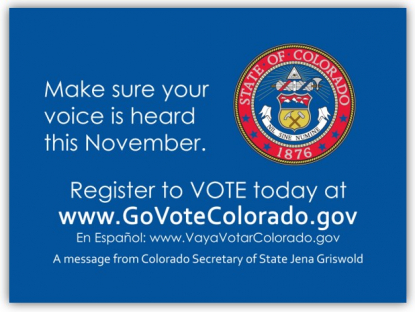 A mailer sent by the Colorado secretary of state's office September 27, 2022 ( Colorado Department of State)

"The mailer simply raises awareness that someone might be eligible to register if they satisfy the requirements listed," said the Democracy Fund's Tammy Patrick, a former elections official in Arizona who told AFP the situation in Colorado is "absolutely not" a case of fraud or election rigging.

"If you think about other mailers you might receive -- such as saying you may have won a sweepstakes or you may be eligible for legal compensation in a class action suit -- it doesn’t mean that you are now rich. There are still verifications and qualifications to be checked," she added. "In the case of voter registration, all the standard security checks are still done if and when someone registers, or attempts to register."

The Colorado Department of State confirmed the non-citizens who received the mailer will be unable to register to vote, as the state's online system automatically rejects non-citizen driver's licenses and Social Security numbers.

Some of the people who received the postcards could possibly have become citizens since they last updated their government records, experts said. It is rare for non-citizens to register to vote, in part because the consequences could include deportation.

A pattern of misinformation

The incident in Colorado is the latest example of how misinformers exploit human errors to cast doubt on election integrity.

The posts misrepresenting the mailers are effective because they take advantage of public confusion over election processes, such as the difference between an instructional postcard and a registration form or ballot, Caulfield said. They also capitalize on a real problem that required fixing.

"When you look at election rumors, some of it of course is pure fantasy," Caulfield said. "But probably the most common pattern we see is some small error or perceived weirdness at the core, and then someone builds a narrative around that that is really not proportional to either the impact it has or what is really going on."