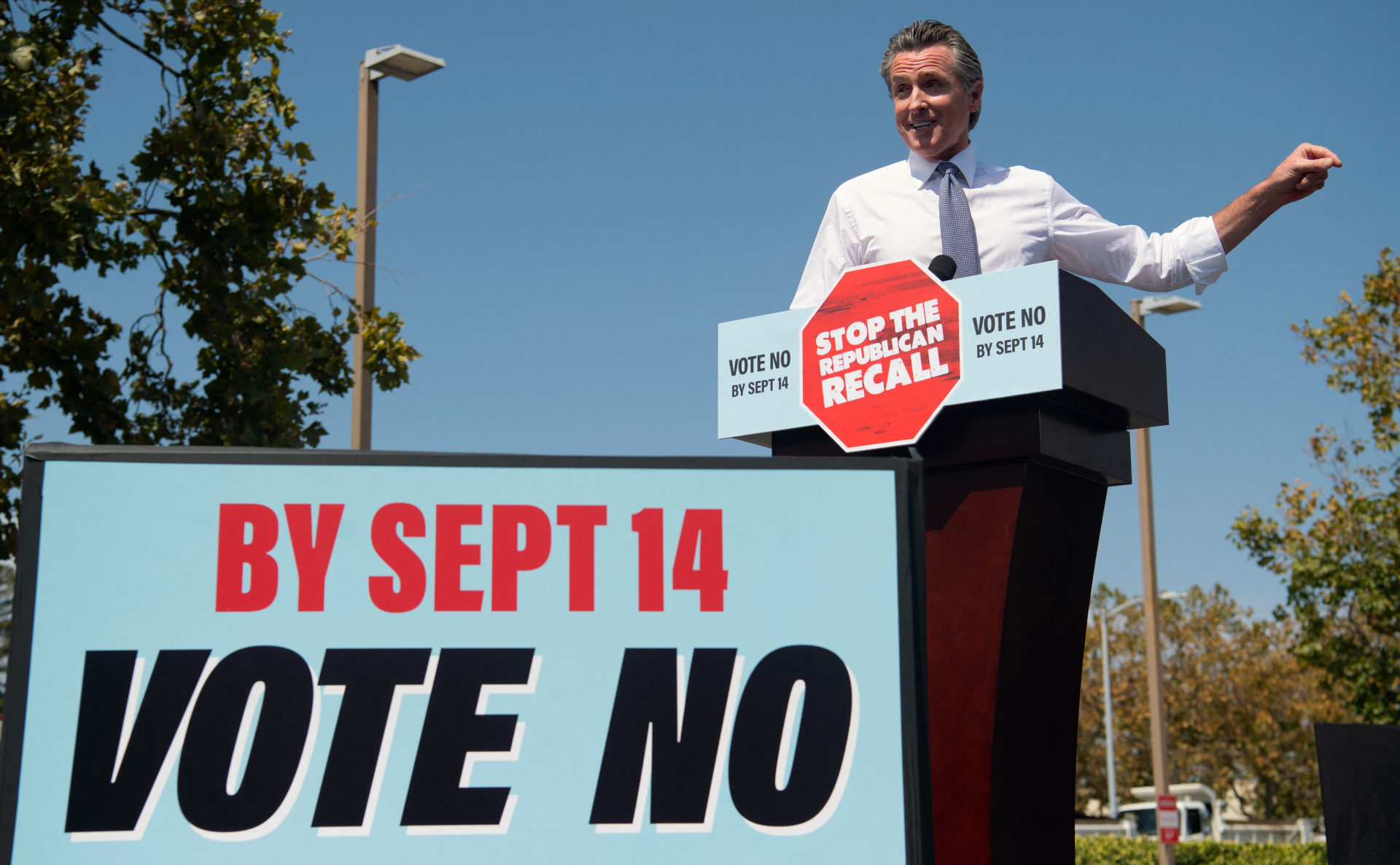 Reports claim more than 300,000 votes mysteriously disappeared from ballot totals during live coverage of California's election to recall Governor Gavin Newsom. But the sudden drop in votes was to correct a human error in calculations that had already been broadcast on air, including on CNN, the polling firm explained.

"WATCH: 351,000 'Yes' Votes Disappear from Totals in Newsom Recall Election LIVE ON CNN (VIDEO)," the headline of a September 15, 2021 article from The Gateway Pundit, an online publication that has made other inaccurate claims that AFP Fact Check has debunked. 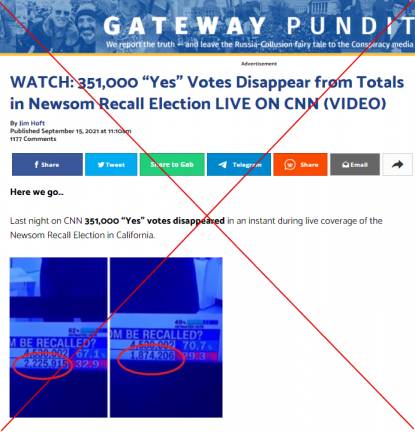 Screenshot taken on September 17, 2021 of a Gateway Pundit article

The article shares a video clip of CNN's live coverage of the California gubernatorial election, where the "yes" votes can be seen dropping from 2,225,915 to 1,874,206 in a few seconds.

To the question: "Shall Gavin Newsom be recalled from the office of governor?" California voters opted to keep the Democrat in his job on September 14, in what was a special Republican-led recall vote, spurred by mask mandates and Covid lockdowns.

Newsom's main challenger, Republican candidate and conservative radio host Larry Elder, was claiming fraud had occurred in the election before a single ballot had been counted, feeding claims of irregularities on social media.

Edison Research, a polling firm that has contracts with television networks CNN, CBS, ABC and NBC news, said that the reason behind the "drop" in votes was a simple human error -- as the company relies on different sources including state and county data feeds, as well as people hired to report vote totals directly from county offices.

"A vote count called in from a reporter stationed at the Santa Clara county office at 11:19pm ET accidentally had the 'total vote' (Yes + No combined) for the recall race in the 'Yes' column giving 'Yes' an extra 350,000 votes," Edison Research's Executive Vice President, Rob Farbman told AFP. "This error was entered at 11:19pm ET and corrected two minutes later at 11:21pm ET," he explained.

The vote "drop" was therefore taking out the error and putting in the correct numbers being reported by Santa Clara county, he said. "Quality control catches most human errors but this one slipped by for two minutes."

Farbman emphasized that such mistakes are not unique.

"Occasional corrections have been happening in network vote reporting for 50 years but recording election night and searching for an error so you can call it 'fraud' is the new world we live in," he lamented.