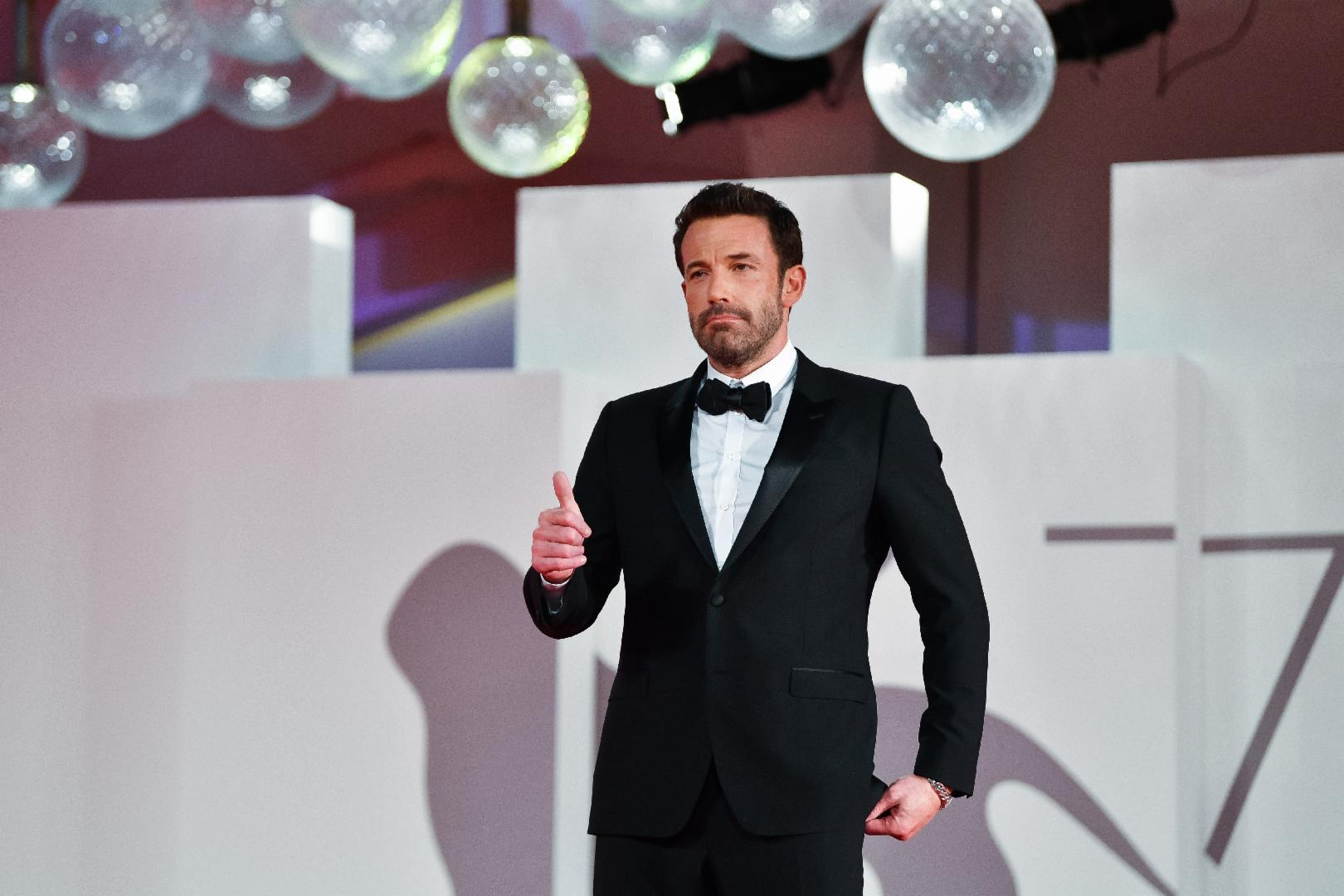 US actor Ben Affleck arrives for the screening of the film "The Last Duel" presented out of competition on September 10, 2021 during the 78th Venice Film Festival at Venice Lido ( AFP / Filippo MONTEFORTE)

Photo of Ben Affleck in anti-Trump shirt is doctored

In numerous Facebook groups critical of former US president Donald Trump, social media accounts are sharing an image that purports to show actor and filmmaker Ben Affleck wearing a t-shirt that says, "Keep America Trumpless." But the image is not authentic; it has been digitally edited in what appears to be an effort to sell merchandise featuring the same design. The original photo shows Affleck wearing a plain t-shirt in 2016.

"Very well said Mr Ban Affleck. Just keep America trumpless. I just orderrr one of this," says the text on dozens of identical misspelled posts that different Facebook accounts shared in September to groups with names such as "Blue Wave" and "Resist Trump" and "Democrats and Republicans United Against Trump!"

The posts, which are not listed as advertisements, all direct users to a link to purchase a "Keep America Trumpless" t-shirt for $17.99 on Moteefe, a London-based e-commerce platform that allows people to design and sell custom-made products around the world.

There is no evidence the "Good Will Hunting" and "Argo" star ever wore the t-shirt sold at the link; the image shared in the Facebook posts has been altered.

A reverse image search revealed the original photo of Affleck was posted to a celebrity blog site in 2016. The picture's caption said it showed Affleck talking on a cell phone in Brentwood, California. He was wearing an un-patterned olive green t-shirt in the original photo, not the top saying "Keep America Trumpless." 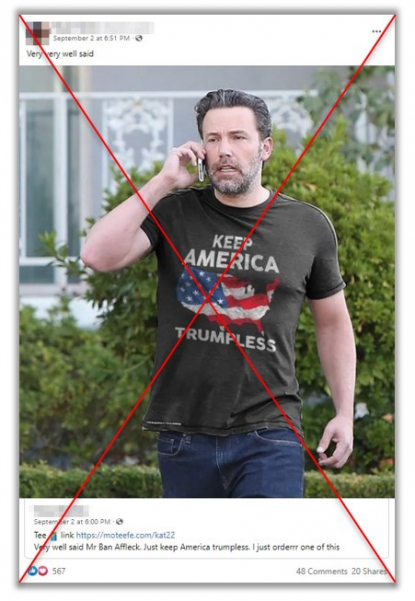 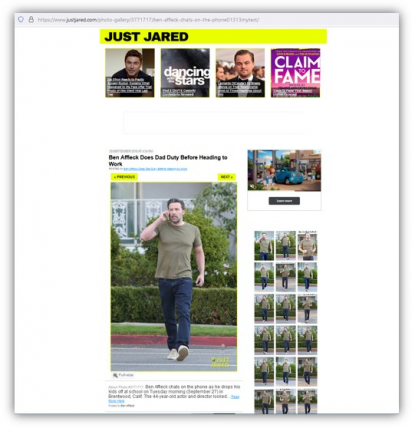 It is not clear who is behind the sale of the "Keep America Trumpless" t-shirts on Moteefe. The company did not respond to requests for comment.

But the matching language across the posts sharing the image of Affleck -- including their misspelling of Affleck's name -- suggests possible coordination.

The accounts involved in the effort often shared the same posts about Affleck several times in a single Facebook group, an AFP review of their social media activity found. Many of the accounts joined the Facebook groups they posted in shortly before posting.

Affleck is not the only celebrity whose image has been appropriated, either.

Those posts linked to the same t-shirt for sale on Moteefe's website.

But as with Affleck, the picture of Cuban in the anti-Trump shirt has been manipulated. Cuban confirmed to AFP that it's fake, writing in an email: "Lol. That's not real."

The original photo shows Cuban, the owner of the Dallas Mavericks, a US professional basketball team in the NBA, standing courtside in an arena before a playoff game in April 2022. His shirt in the photo says, "Mavericks Basketball." 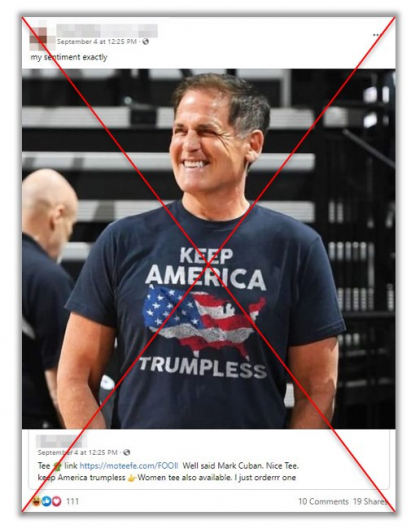