Election campaigning ends in Kenya but disinformation battle drags on

The campaign for Kenya's presidential election has officially closed but the relentless and dangerous flow of disinformation continues online, as keyboard warriors battle to discredit rivals by sharing fake rigging claims, experts say.

"We are increasingly seeing false information which seeks to delegitimise the results of the election with widespread claims that the opposing side would only win through fraud and that they are attempting to steal the election," Manzin told AFP Fact Check.

In one case, a strategist for Ruto's campaign accused Odinga's team of trying to rig Tuesday's poll because the 77-year-old urged the election commission to use a manual voter register instead of a digital one.

Meanwhile, a pro-Odinga blogger tweeted that Ruto was attempting to steal the election, sharing a link to an unrelated video – since taken down – of a politician discussing an old unrelated scandal.

Mary Blankenship, a disinformation researcher at the University of Nevada, said the circulation of baseless fraud claims could cause real harm, especially in a country where past polls have been followed by an eruption of violence.

"It creates an avenue for either of the candidates to discredit the outcome of the polls, which could lead to unrest," Blankenship told AFP. 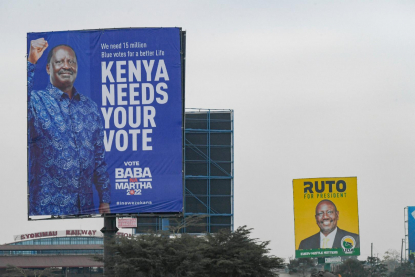 She likened the situation to the 2020 US election when former president Donald Trump's fraud claims culminated in an attack on the US Capitol by his supporters.

A decade later, dozens died during a police crackdown on protests after the 2017 presidential poll which was later annulled by the Supreme Court due to "irregularities and illegalities".

Fact-checking organisations – including AFP Fact Check – have debunked hundreds of false and misleading claims about the Kenyan elections.

Both sides have sought to cast aspersions on their opponent's educational qualifications, claiming that Odinga lied about studying engineering in Germany and that Ruto falsified his university grades.

These claims were debunked by fact-checkers but trended on Twitter for days.

Mainstream media organisations have also been dragged into the fray, with impostor websites and social media pages mimicking genuine outlets used to spread falsehoods about candidates.

"We are constantly having to issue alerts to say this did not originate from our company," said Citizen TV editor Waihiga Mwaura.

Fraudulent opinion polls have emerged as a major trend, with campaigners falsely attributing them to legitimate sources such as survey company GeoPoll and The Daily Nation newspaper.

There are "efforts to make different leaders look even more popular than they are, to create the impression they are winning the elections," said Nic Cheeseman, a political scientist with the University of Birmingham.

"The main misinformation and disinformation we have seen in 2022 is quite similar to the 2017 elections," Cheeseman added, referring to "negative ethnic stereotyping" among other tactics.

An undercover expose by UK media revealed that British consulting firm Cambridge Analytica used the personal data of millions of Facebook users to target political ads -- including some that preyed on ethnic fears -- during President Uhuru Kenyatta's successful campaigns in 2013 and 2017.

Kenyan civil society groups and a state watchdog have warned that the barrage of disinformation poses a risk to democracy and called on social media platforms to act.

The authorities have also set up a special division to handle "election and hate speech-related offences".

"Part of what this misinformation and disinformation does is that it plays into the stereotypes, preconceived notions and the emotional aspect of voters," said Mark Kaigwa, team leader at StopReflectVerify.com, a Kenyan organisation analysing disinformation.

"It is a way to energise people and rally them emotionally." 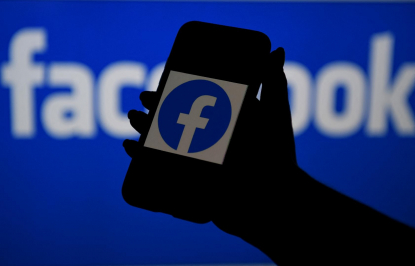 While platforms like Facebook and TikTok say they are committed to rooting out disinformation and hate speech, observers are sceptical, not least because election influencers rely on codewords to amplify their messages.

"There is a lot of coded language ... being used to mask or ensure that these social media platforms don't identify such type of hate speech," said Allan Cheboi, a senior investigator at Code for Africa, a data journalism and civic technology initiative.

For instance, some campaigners use the Swahili word "madoadoa" ("blemish") to attack members of various communities in Kenya, Cheboi told AFP Fact Check.

"Incitement starts online then results (in) violence in offline spaces," he said.