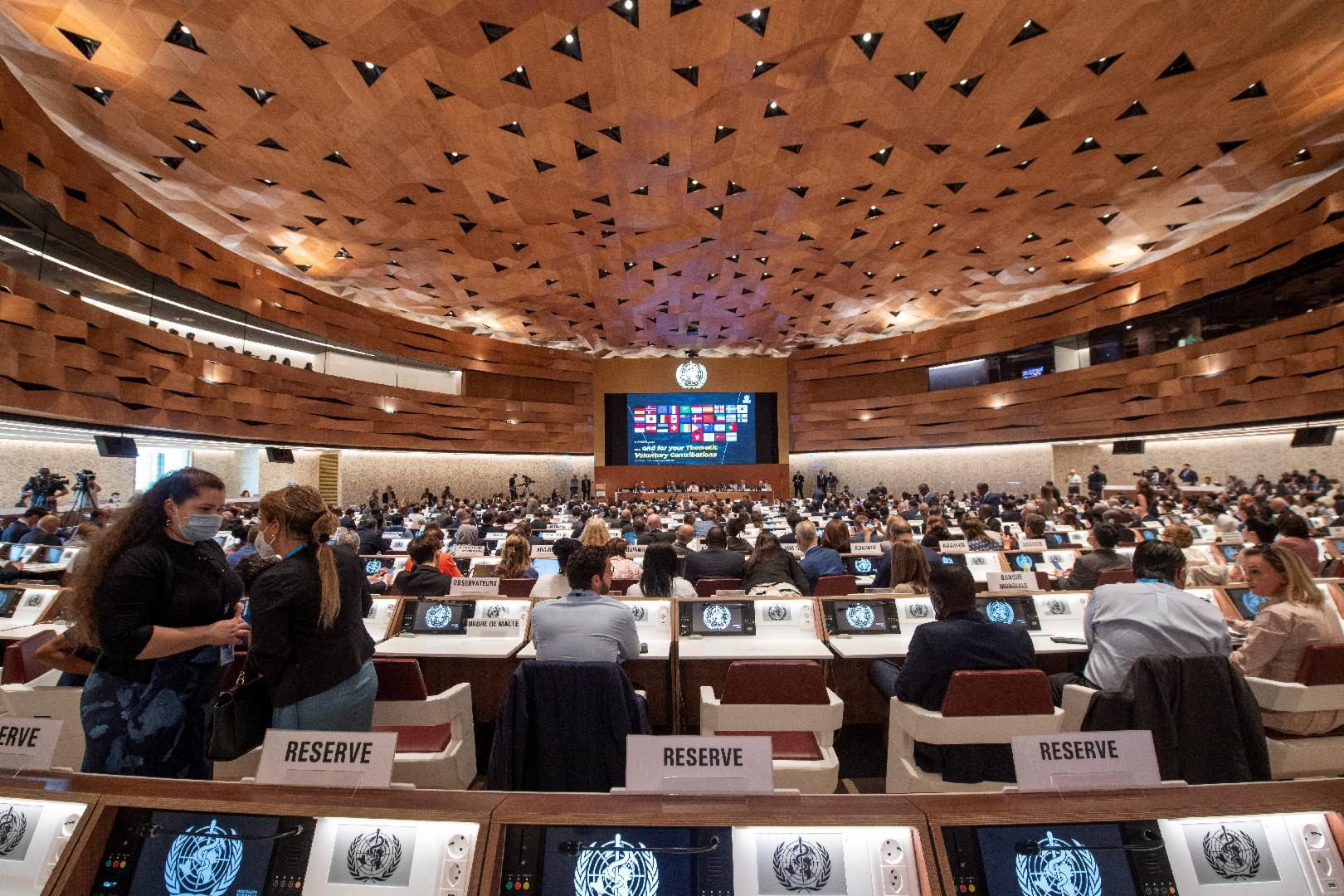 Delegates gather on the opening day of 75th World Health Assembly of the World Health Organisation (WHO) in Geneva on May 22, 2022. ( AFP / JEAN-GUY PYTHON)

As false rumours swirled that proposed changes to the World Health Organization would give it control over member states' national health care decisions, social media posts claimed that seven countries, including China, India and Russia, announced they would leave the agency. But the global health agency – which has been a frequent target of misinformation – told AFP that none of its current members have expressed an intention to withdraw as of June 14.

The post -- written in simplified Chinese characters -- translates as: "Russia, India, China, South Africa, Iran and Malaysia, as well as Brazil, have announced they would completely withdraw from the WHO. (June 3, 2022)."

It features an image taken from a report about the 2017 World Health Assembly -- the decision-making body of the World Health Organization (WHO). 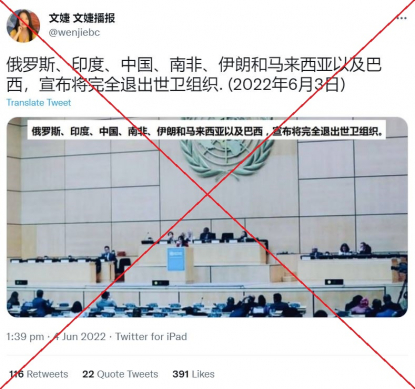 Tweets that make a similar claim in English here and in French here make reference to amendments proposed by the United States to WHO regulations aimed at beefing up the agency's response to future disease outbreaks.

False claims that the proposals would give the WHO power to override domestic policies were previously debunked by AFP here.

Comments to the false posts suggest some social media users were misled.

"Isn't the WHO controlled by China? What will happen to Tedros now?" one wrote, referring to the WHO Director-General Tedros Adhanom Ghebreyesus.

"Please take Tedros when you leave," said another user.

Contacted by AFP, a spokesperson for the WHO denied the claim in the posts.

"None of WHO's 194 Member States have announced to WHO any intention to withdraw from the organization," the spokesperson told AFP on June 14.

Multiple Google keyword searches did not find credible reports or announcements that Russia, India, China, South Africa, Iran, Malaysia or Brazil have announced their withdrawal from the WHO.

The countries are still listed as members of the WHO on its website here.

The global health agency has been frequently targeted by misinformation; AFP has debunked false claims about the organisation here, here and here.