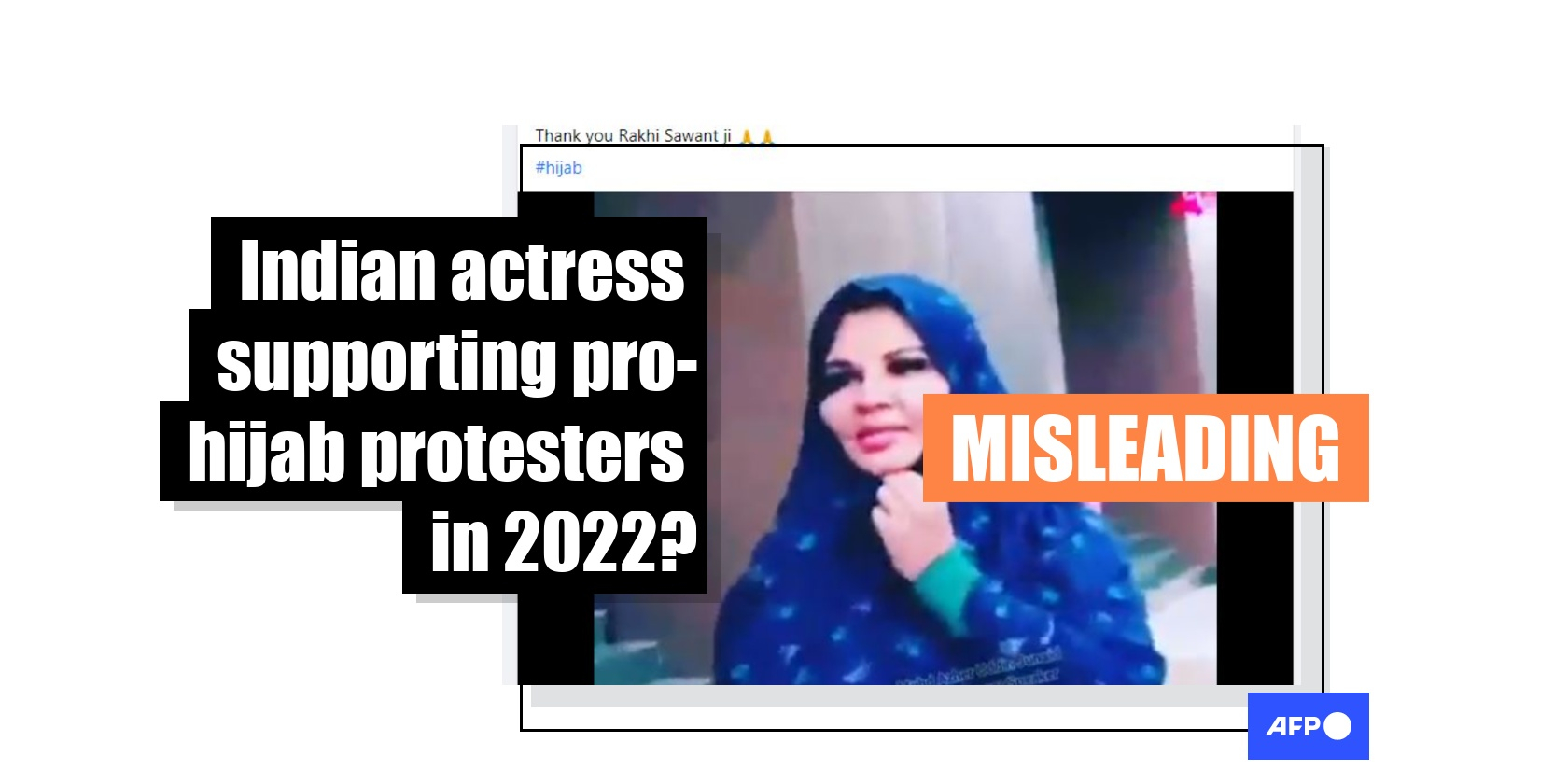 After a hijab ban in schools in India's Karnataka state sparked nationwide protests in early 2022, a video was viewed millions of times in social media posts that claimed it showed a Bollywood actress wearing the Islamic headscarf in support of the demonstrators. The claim is misleading; the video has circulated since August 2021. The actress can be heard saying she is wearing the hijab to cover up her gym clothes.

"Rakhi Sawant wears a hijab to show support for her sisters in Karnataka. Thank you Rakhi Sawant," reads a Hindi-language Facebook post shared on February 12.

A ban on Islamic headscarves at schools in India's Karnataka state prompted outcry among Muslims and sparked nationwide protests that have highlighted religious tensions in the Hindu-majority country.

The stand-off began when students at a government-run high school were told not to wear hijabs in January 2022, an edict that soon spread to at least two other educational institutions in the state.

The protests have galvanised fears among the minority community about what they say is increasing persecution under the Hindu nationalist government of Prime Minister Narendra Modi.

Rakhi Sawant is a Bollywood an Indian film and television actress. 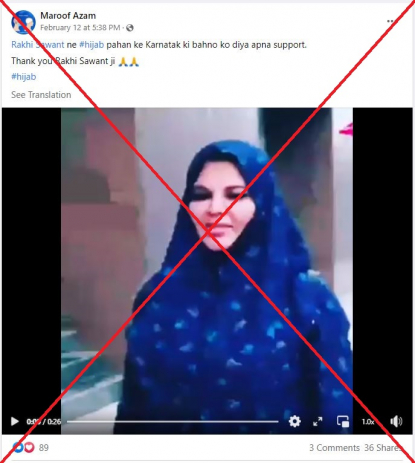 The video was viewed more than five million times in similar posts here, here and here on Facebook and on Instagram here and here.

Screenshots from the video were also shared alongside similar claims in Pakistan here and here.

However, the video is circulating in a misleading context.

A reverse image search followed by keyword searches on Google found a similar video posted on YouTube by Indian celebrity entertainment channel Hungama, on August 30, 2021, months before the hijab protests began in India.

The video is titled: "OMG Rakhi Sawant New Look In HIJAB At Outside Gym | HUNGAMA".

The actress can be heard explaining to the cameraman that she wore the headscarf to cover her gym clothing.

"This is a hijab, my friend gave it to me," she says in Hindi. "It's because I'm wearing gym clothes underneath".

Below is a screenshot comparison of a still from the misleading video (left) and the YouTube video (right).

The video was also published by The Times of India here on August 31, 2021.

AFP found no credible reports of Sawant commenting on the hijab protests, as of March 3, 2022.

She spoke in 2009 about embracing Christianity and regularly posts about her Christian faith on social media.