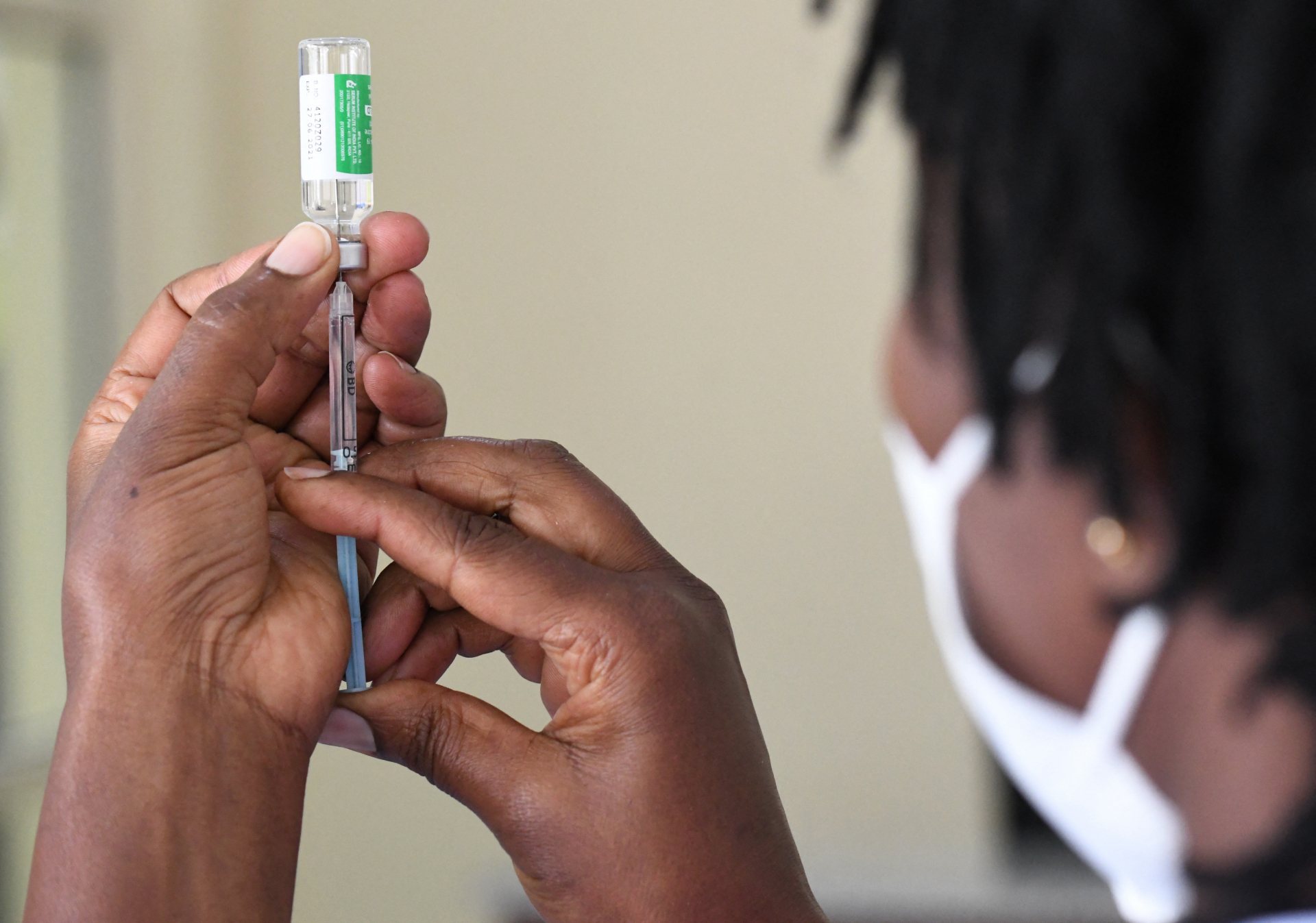 The Kenya Catholic Doctors Association recently issued a press statement discouraging people from getting Covid-19 vaccines, calling them “unnecessary” and “unsafe”. The press release, however, was wrong on a number of points, including claims that steam and hydroxychloroquine can treat Covid-19. The document also punted population control conspiracies; AFP Fact Check has previously debunked these and other claims. The World Health Organization (WHO) dismissed the statement and assured the public that the vaccines were safe.

“We know for a fact that there are drugs that have been repurposed and used effectively to treat Covid-19. We also know that vaccination for this disease is totally unnecessary making the motivation suspect,” reads the statement.

The document also claims that there are “partisan interests that seem bent on keeping some important truths from coming to the fore at the expense of human life”.

The statement was released the day after more than one million Oxford-AstraZeneca coronavirus vaccines arrived in Kenya, where it appeared on news sites (see here and here) and on social media.

The association’s chairman, Dr Stephen Karanja, is known for voicing anti-vaccination sentiments. In 2014, Karanja stated he was opposed to the tetanus vaccine and also spoke out against the vaccine for cervical cancer in 2019.

The Catholic Bishops in Kenya distanced themselves from the association’s statement and expressed support for the Kenyan government’s efforts to provide Covid-19 vaccines to the population.

On March 10, Kenya’s Minister of Health, Mutahi Kagwe also assured the public of the vaccine’s efficacy and safety.

The World Health Organization (WHO) noted that although Covid-19 vaccines were rapidly developed, “the regulatory and scientific reviews of the vaccines have not been compromised”.

“The AstraZeneca vaccine produced by the Serum Institute of India and now being distributed in Kenya has been reviewed and found safe not only by the WHO’s rigorous process but also by the stringent regulatory authorities, including the United States FDA (Food and Drug Administration) and the European regulatory authority,” WHO said in response to the doctors’ statement.

AFP Fact Check debunked several of the inaccurate claims made by the Kenya Catholic Doctors Association below.

In the press statement, the Catholic doctors recommended three “effective” treatment methods for Covid-19: inhaling steam several times a day; taking ivermectin tablets; and following the Zelenko protocol, which entails taking a combination of drugs daily for a week.

However, none of these methods has been scientifically proven to treat Covid-19, according to medical experts.

AFP Fact Check has previously debunked steam inhalation as a treatment for Covid-19 here and here.

“This claim is not based on scientific evidence. WHO hasn’t received data from clinical trials which can support such a claim,” Collins Boakye-Agyemang, WHO spokesman for the Africa regional office, told AFP Fact Check in March 2021.

On March 5, 2021, the FDA warned against the use of the drug after receiving reports of patients who needed medical help or were hospitalised after self-medicating with ivermectin.

“The FDA has not reviewed data to support use of ivermectin in Covid-19 patients to treat or to prevent Covid-19; however, some initial research is underway. Taking a drug for unapproved use can be very dangerous. This is true of ivermectin, too,” reads the FDA’s statement.

The third suggested treatment is a cocktail of hydroxychloroquine, zinc, and Azithromycin (an antibiotic), taken for seven days.

Known as the Zelenko protocol, it emerged last year when New York doctor Vladimir Zelenko claimed to have used this method to successfully treat 699 Covid-19 patients. However, Zelenko ended up being investigated by a federal prosecutor after he claimed that his three-drug regimen was FDA-approved. Zelenko later acknowledged that he had misinterpreted his conversation with an FDA representative about his concoction receiving approval.

While hydroxychloroquine has been touted as a treatment for Covid-19 by many people, including former US President Donald Trump, its effectiveness is not supported by FDA or other medical experts.

Last year, the FDA issued — and then revoked — an emergency use authorisation for the drug, noting it was “unlikely to be effective in treating COVID-19”, adding that the potential benefits did not outweigh the known risks, including serious cardiac events.

In its press statement, the Kenya Catholic Doctors Association claimed that the PCR tests used to detect Covid-19 infections are inaccurate. This is false.

PCR stands for Polymerase Chain Reaction, a process used to amplify DNA that detects the presence of a virus in the body. PCR tests work by scanning the RNA in a sample, such as a nose swab, to detect the virus.

“PCR is the gold standard test for Covid-19 globally and is the best for which others are compared to,” Amoth said during a phone interview.

Dr Hanan Balkhy, a professor of paediatrics and infectious diseases, said in an interview with WHO’s Vismita Gupta-Smith that PCR testing is the most accurate Covid-19 test.

Pfizer-BioNTech and Moderna vaccines are real

The doctors also claimed that both the Pfizer-BioNTech and Moderna Covid-19 vaccines are not real vaccines. This claim is false.

Both rely on a technology known as messenger RNA (mRNA) to activate the immune system against the virus. Each vaccine uses synthetic genetic material that can be generated and manufactured in weeks and produced at scale more rapidly than conventional vaccines. Even with the new technological developments, both are considered vaccines.

The Pfizer website and fact sheet refer to the Covid-19 vaccine as the “Pfizer-BioNTech COVID-19 vaccine” on multiple pages (see here,  here, and here).

Moderna also refers to its Covid-19 shot as a “vaccine” on its website. Moderna CEO Stéphane Bancel can also be heard calling the company’s Covid-19 jab a vaccine in an interview with Yahoo Finance.

The FDA has reviewed safety data from clinical trials for both vaccines and granted them emergency use authorisation, as indicated here and here.

The press statement also questions the injection of vaccines into muscles.

“When we started injecting the antigen beyond the epithelial layer into the muscles, we breached the natural function of the immune systems,” the document says.

This claim has “no merit”, according to Shabir Madhi, a South African professor of vaccinology.

“For some of the vaccine, eg mRNA, injection into the muscle is required to get the cells to produce the spike protein which is then presented to the immune system,” Madhi told AFP Fact Check.

Vaccines are administered using different routes, but injecting into the muscle tissue is most common, according to Madhi.

“Most vaccines are given through the intramuscular route,” he said.

Medical experts have explained the benefits of injecting vaccines into the muscles (see here and here).

The press statement falsely claims that Covid-19 vaccines are part of a plan by American billionaire philanthropist Bill Gates to depopulate the world.

The theory stems from a misinterpretation of an excerpt from a speech Gates gave at a TED conference in 2010 where he discussed reducing global population growth through new vaccines and improved healthcare in order to lower carbon emissions.

“First we’ve got a population. The world today has 6.8 billion people. That’s headed up to about nine billion. Now, if we do a really great job on new vaccines, health care, reproductive health services, we could lower that by, perhaps 10 or 15 percent. But there, we see an increase of about 1.3,” Gates said.

The philanthropist was referring to cutting global population growth by “10 or 15 percent” to curb carbon emissions, not reducing the current human population.

Although some countries recently temporarily suspended a batch of AstraZeneca vaccines while investigating blood clots in certain patients (see here), both the WHO and European Union regulators said that “the vaccine’s benefits continue to outweigh its risks” and that the AstraZeneca “vaccine can continue to be administered” while the investigation is ongoing.