Facebook posts claiming France and South Korea have approved the use of hydroxychloroquine for the treatment of the novel coronavirus have surfaced online in Africa barely a month after Dr. Stella Immanuel, a Houston-based physician, claimed she had successfully treated more than 350 COVID-19 patients using the drug in combination. But these claims are misleading; authorities in both countries issued statements against the prescription of hydroxychloroquine on safety grounds months ago.

“Dr Stella Immanuel vindicated as France approves drug for Covid 19 treatment,” reads the first line of one of the posts, which goes on to list four claims about hydroxychloroquine. The text was shared on Facebook, including here on August 3, 2020, and here just more than a week later. The same text was also shared in an article on a Nigerian-based news site called Henotace. 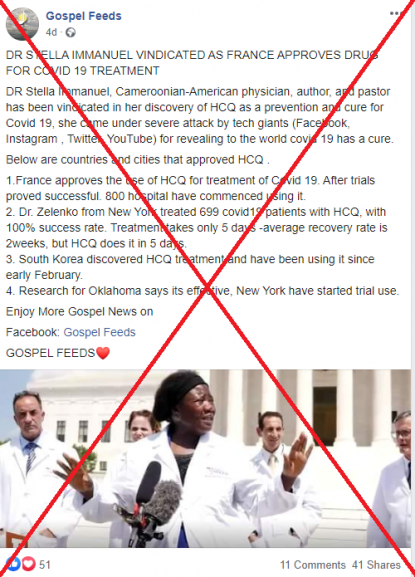 A screenshot taken on August 17, 2020, showing one of the misleading posts

The post introduces Immanuel, who claimed to have successfully treated more than 350 COVID-19 patients with hydroxychloroquine in the US, as the “Cameroonian-American physician, author, and pastor” who “came under severe attack by tech giants ... for revealing to the world covid 19 has a cure”.

Four other claims are made in the post. AFP Fact Check looks at each one.

The full claim reads as follows: “France approves the use of HCQ for treatment of Covid 19. After trials proved successful. 800 hospital have commenced using it.”

This is misleading. France revoked approval for the prescription of hydroxychloroquine, an anti-malaria drug, as a COVID-19 treatment in May following reports of side-effects in patients, as reported here by AFP. Just days after Immanuel’s video went viral, a similar claim that she had been vindicated by French approval of hydroxychloroquine was shared on Facebook in South Africa here and here.

Again, this was misleading -- France had banned the prescription of hydroxychloroquine the month before Immanuel’s address. These posts also linked to a TV report on France’s use of hydroxychloroquine as a pandemic treatment, but AFP Fact Check found that the broadcast clip by One America News Network (OANN) predated the European nation’s change of heart on the drug’s safety and efficacy.

The claim that New York doctor Vladimir Zelenko successfully treated 699 COVID-19 patients with hydroxychloroquine appears to originate from a YouTube video he posted on March 24, 2020, about the alleged efficacy of hydroxychloroquine against the novel coronavirus.

“Dr. Zelenko from New York treated 699 covid19 patients with HCQ, with 100% success rate. Treatment takes only 5 days -average recovery rate is 2weeks, but HCQ does it in 5 days,” reads the claim in full. 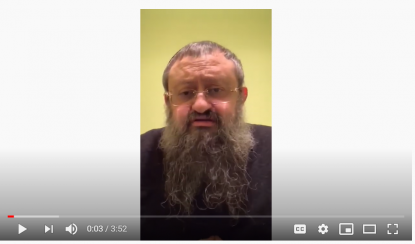 A screenshot taken on August 19, 2020, showing Zelenko on YouTube

The Zelenko footage emerged a day after he published an open letter asserting the same to US President Donald Trump.

But Zelenko did not provide any evidence to support his claims, and reportedly sparked the interest of federal investigators after an email gaffe by a conservative commentator in which he claimed the doctor had “an FDA approved randomized test of HCQ underway” -- which was not true.

To date, there is no known cure for COVID-19.

“There is a lot of research ongoing with regards to finding an effective treatment for COVID-19, but we still do not have any cure for the disease,” said Dr. Mary Stephen, technical officer for the World Health Organization’s regional office in Africa.

“In March, we launched a solidarity trial with four lines of treatment. But the hydroxychloroquine (HCQ) arm of the solidarity trial was stopped on June 17, 2020, following cases of cardiovascular side effects in patients.”

The National Institutes of Health and the US Food and Drug Administration have also stopped their clinical trials on the anti-malaria drug. 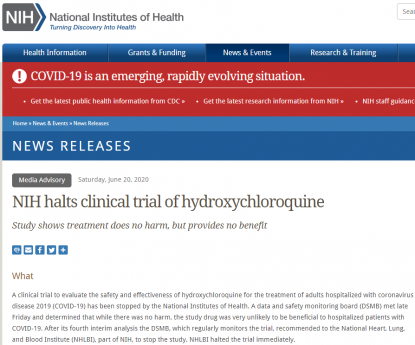 This is false. South Korea has never approved hydroxychloroquine nor its sister drug chloroquine for coronavirus treatment and halted trials after concerns about associated risks.

South Korean news agency Yonhap reported that the country has, instead, recommended the use of remdesivir against the viral disease. 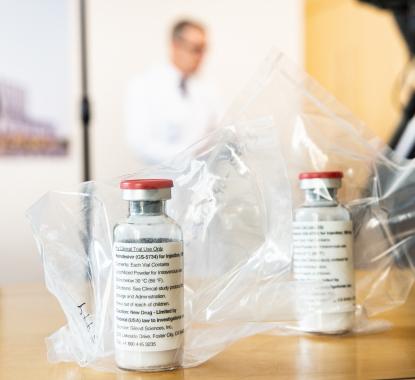 “The Central Clinical Commission, a government-organized task force of doctors and other medical experts, officially advised the use of remdesivir, an Ebola drug developed by U.S. pharmaceutical giant Gilead Sciences Inc., for coronavirus treatment,” the report reads.

“But the commission decided not to recommend the use of chloroquine and hydroxychloroquine, medications used to prevent and treat malaria, while advising that the use of kaletra, a medication for the treatment and prevention of human immunodeficiency virus (HIV) and acquired immunodeficiency syndrome (AIDS), should be cautiously decided.”

The claim that New York state has started the trial use of hydroxychloroquine is misleading. Clinical trials of the anti-malaria drug in New York were completed without major findings, as reported here and here.

AFP Fact Check also found that the claim about  “research” in Oklahoma concluding hydroxychloroquine is effective against coronavirus originated from this news report published back in March by Oklahoma’s largest daily newspaper The Oklahoman.

The report merely quotes Joan Merrill of the Oklahoma Medical Research Foundation saying that the drug could be effective for the prevention and treatment of the coronavirus based on early results from China and France regarding its potency.

“But these are not scientific studies yet,” the report quoted Merrill as saying.