A video has been viewed hundreds of thousands of times in multiple posts on Facebook and Twitter which claim it shows a mock funeral procession to "celebrate" Indian Home Minister Amit Shah testing positive for the novel coronavirus. The claim, however, is false; the video shows a mock funeral procession staged during an anti-citizenship law protest in the east Indian state of West Bengal in 2019.

The 26-second video shows a group of men chanting while carrying what appears to be a coffin along a street. 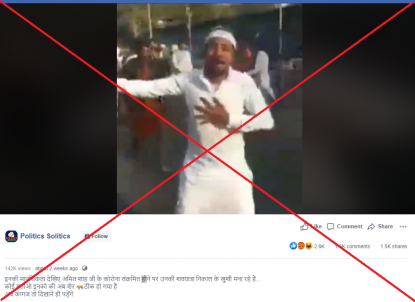 The video’s Hindi-language description translates to English as: “Look at the mentality of these people at a funeral procession celebrating news of Amit Shahji testing positive for coronavirus. Someone tell them that the lion has now recovered, and they will definitely have to show the papers now.”

Amit Shah is the incumbent Minister of Home Affairs in India. He announced that he tested positive for the novel coronavirus in a tweet published on August 2, 2020.

“Show the papers now” is a reference to a slogan widely used by Muslim groups during the anti-citizenship law protests in India last year. The new Citizenship Amendment Act, which grants citizenship to non-Muslim immigrants from Afghanistan, Bangladesh, and Pakistan, prompted months of violent protests across several Indian cities in late 2019. Critics argue the law is anti-Muslim.

The claim is false; the video has circulated online since December 2019 -- at least eight months before Amit Shah announced he had tested positive for COVID-19.

A closer examination of the video in the misleading post shows there is a police barricade at the video’s seven-second mark. The blue text reads: "Kolkata Traffic Police".

Kolkata is the capital city of India’s West Bengal state.

Below is a screenshot of the video with the police barricade highlighted in red by AFP: 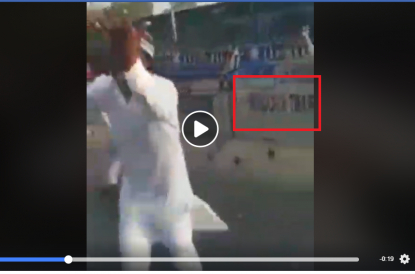 A subsequent keyword search on Google found a higher quality version of the same video published here on Facebook on December 21, 2019. It is titled: “Amit Shah passed away [smiley face]”.

The men in the Facebook video can be heard chanting “Azadi”, which translates to freedom in English. “Azadi” is also a slogan that was adopted by those opposing India’s new citizenship law, as seen in this local media report of last year’s protests. 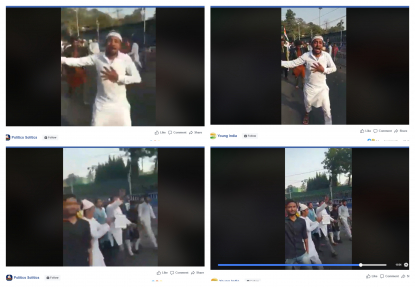