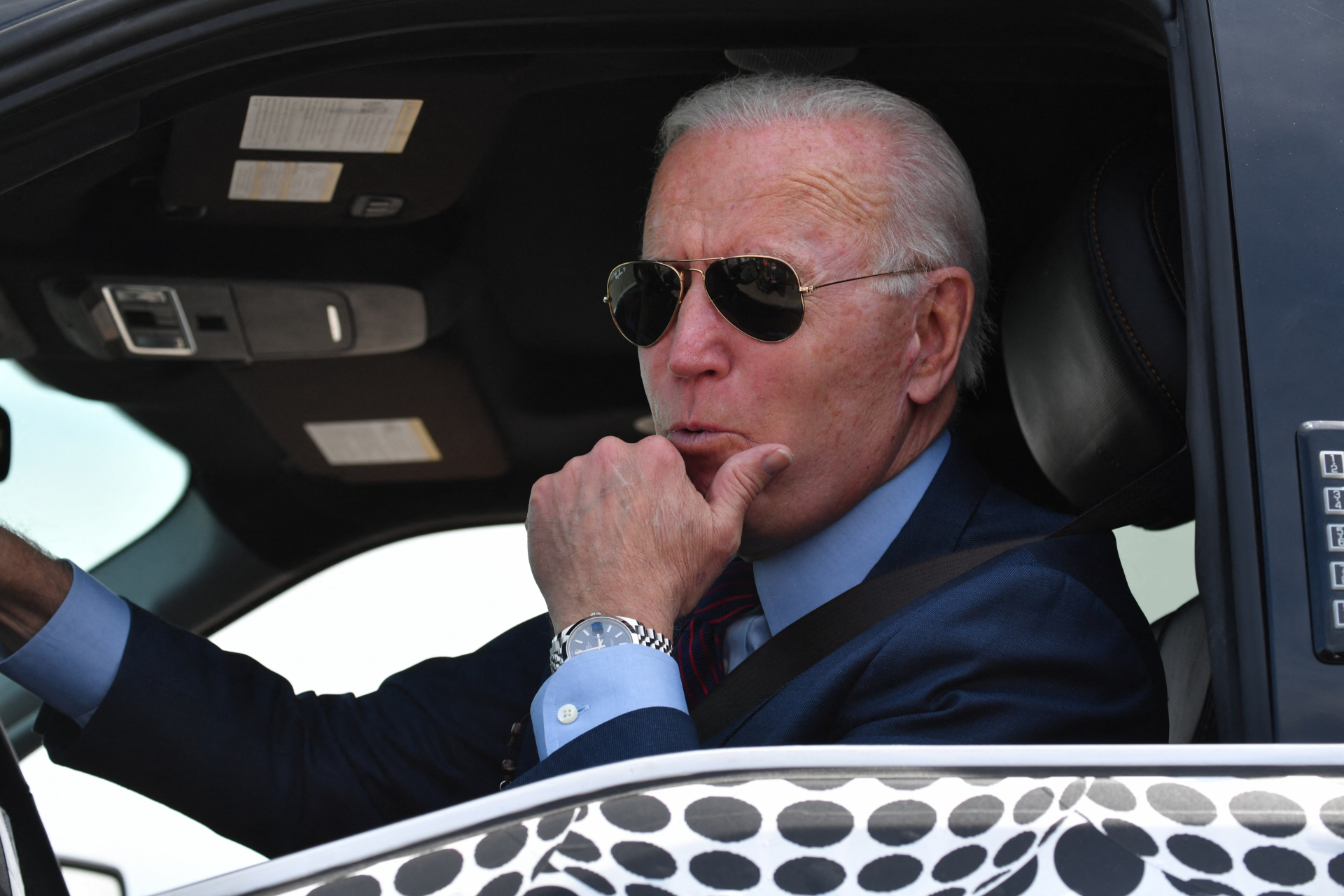 Social media posts claim that President Joe Biden had someone drive Ford’s new electric truck for him at the company’s proving grounds, using footage showing a person at his side. This is false; Ford said Biden drove the vehicle, and AFP journalists said the other person in the truck was a Secret Service agent riding as a passenger.

“What you are seeing is a senior citizen that is having someone else drive a car for him, while he pretends to drive it. That senior citizen is Joe Biden, President of the United States,” reads a May 19, 2021 tweet shared as a screenshot on Instagram.

The tweet and other posts on social media feature footage of Biden driving a truck on a test track, but with someone’s hand sticking out in the background from the passenger seat, reaching toward the dashboard. 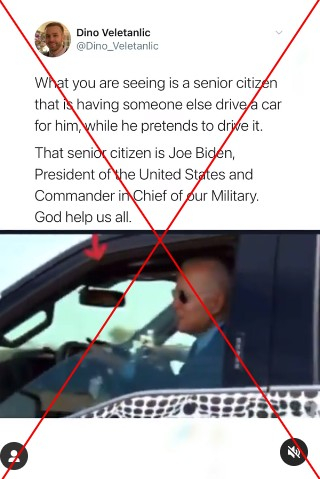 The posts were shared following a highly publicized May 18 visit by Biden to Ford’s factory in Dearborn, Michigan, during which the self-described “car guy” test drove the new F-150 Lightning truck. They echo Donald Trump’s repeated attempts during the 2020 campaign to paint Biden as senile and unfit for office.

However, the description of the video is incorrect.

“This rumor is badly misguided. There was only one steering wheel in the vehicle the President drove on Tuesday,” Melissa Miller, a spokeswoman for Ford, told AFP.

The stills used as evidence in the posts appear to have been taken from official footage posted by CSPAN on Twitter on May 18. 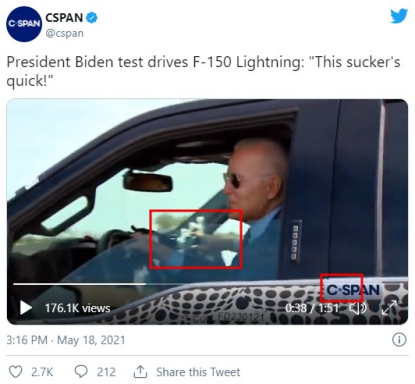 The full, 1 minute, 51 second video shows the president driving the truck with a man in the passenger seat (0:22), stopping by journalists, before accelerating away on the test track.

Nicholas Kamm, an AFP photographer who took photos of the president at that moment, said:  “The other guy was a Secret Service agent. I didn’t see what he was doing, but he just seemed to be sitting there.”

AFP White House correspondent Sebastian Smith, who was also present, confirmed that the man in the passenger seat was a Secret Service agent.

Smith said he did not see what the man was reaching for, “but you had a bunch of cameras and reporters right there, so it would be a ludicrously risky move to fake it and then park next to the reporters.”

A detailed account of the president’s visit published in the local Detroit Free Press newspaper also did not mention any additional drivers.

“There was the president smiling, behind the wheel. Only Secret Service with him. No Ford people in the truck,” reporter Phoebe Howard wrote.

Although most footage of the event focused on Biden and cut out the Secret Service agent in the vehicle, one photo by Reuters journalist Leah Millis shows the man sitting back, while Biden holds the steering wheel.

AFP Fact Check has previously debunked inaccurate claims that Biden was confused or asleep in public.