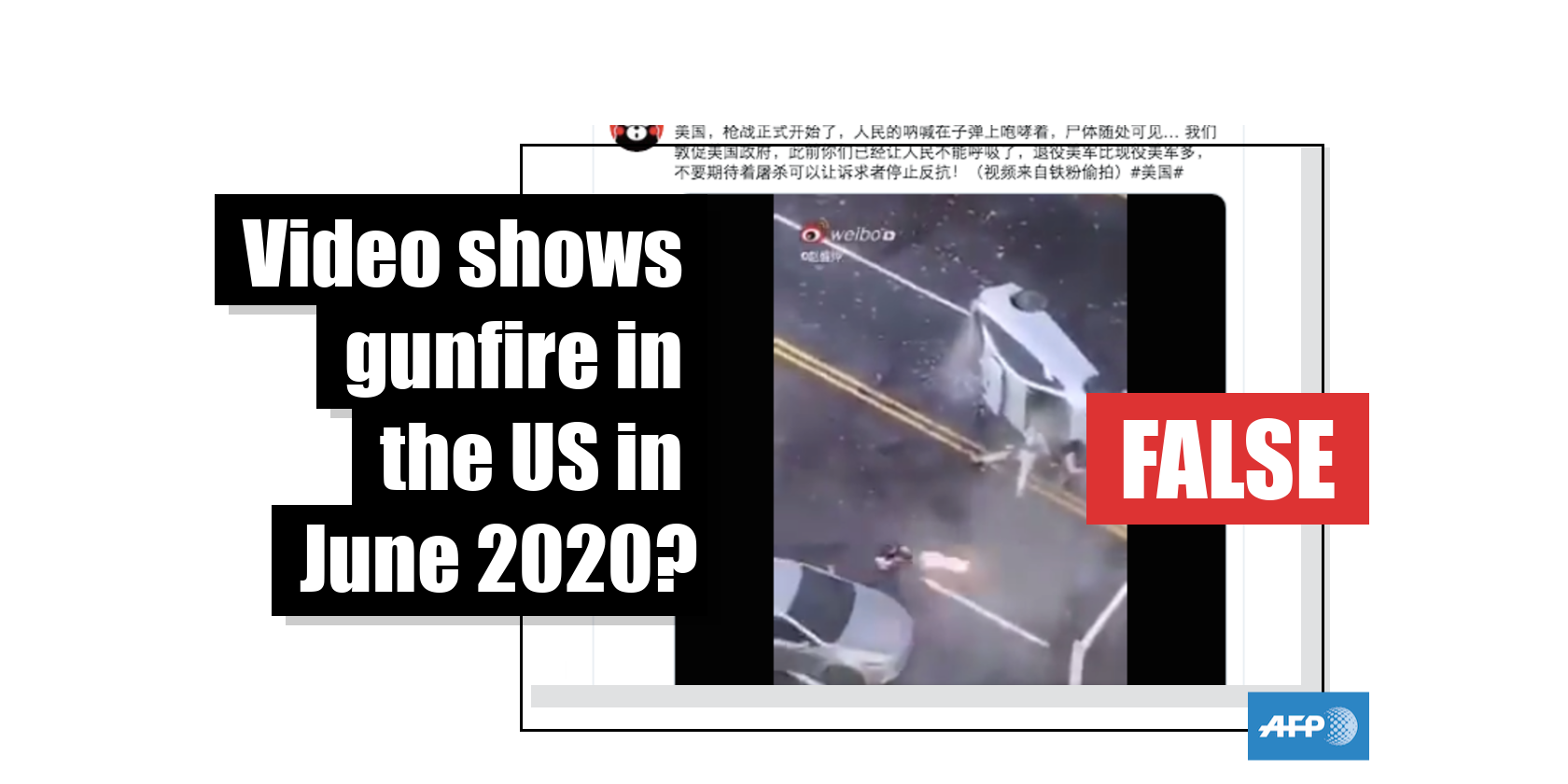 A video purported to show gunfire exchange on a street has been viewed tens of thousands of times on Facebook, Twitter, YouTube and Weibo in June 2020 alongside a claim that it was taken in the US, where widespread protests against police brutality and racism continue. The claim is false; the video has circulated online since at least January 2020 - months before the protests erupted in late May - and actually shows a scene from The Tomorrow War, a US movie expected to be released in 2021.

The video was published here on Twitter on June 3 and has been viewed more than 500 times since.

The 16-second video shows shots fired from behind an overturned vehicle and another one parked nearby.

The post’s simplified Chinese-language caption translates to English as: “In the United States, a gun battle has officially begun. People scream as the bullets fly, and bodies can be seen everywhere... We urge the US government to acknowledge that it has already made people unable to breathe, and that there are more veterans than active-duty troops. Don't expect the massacre can stop protesters from revolting! (Video secretly taken by a hardcore fan) #US#”. 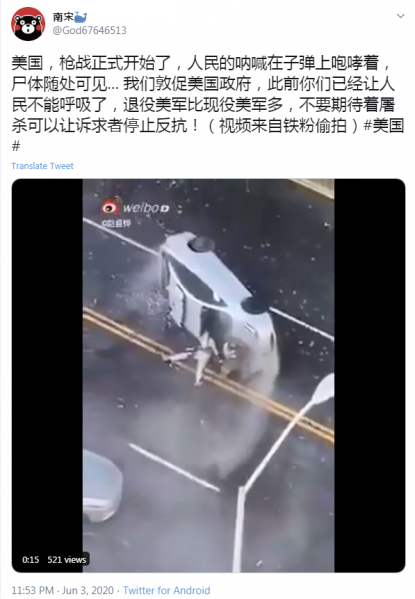 The part in the caption about people who are rendered "unable to breathe” is a reference to the last words of George Floyd, an unarmed black man who died in Minneapolis police custody on May 25, 2020. His death sparked protests against police brutality and racism across the US in late May 2020. Here is an AFP report on the ongoing protests.

A reverse Google image search of keyframes extracted from the video in the misleading post led to this tweet published on January 19, 2020.

Atlanta movie set w/@prattprattpratt
Thought it was the news at first. pic.twitter.com/s9za6iXpqn

The tweet reads: “Atlanta movie set w/ @prattprattpratt / Thought it was the news at first.”

A closer examination of the Twitter video also shows a camera dolly, often used in movie shoots, at its 23-second mark: 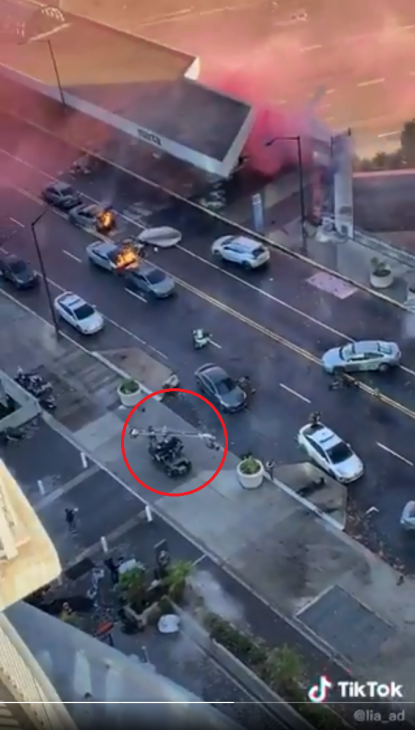 A further keyword search found the video retweeted by @prattprattpratt, the verified Twitter account of US actor Chris Pratt, who commented: “I was wondering who that was on the balcony above us with the camera! Cool footage! And just a taste of what people can expect on @TheTomorrowWar”.

I was wondering who that was on the balcony above us with the camera! Cool footage! And just a taste of what people can expect on @TheTomorrowWar https://t.co/uhmrWHA5zy

The Tomorrow War, a US action movie starring Chris Pratt, is expected to be released in 2021, according to the US entertainment online database IMDb.

The filming location of the Twitter video can be seen here on Google Street View.