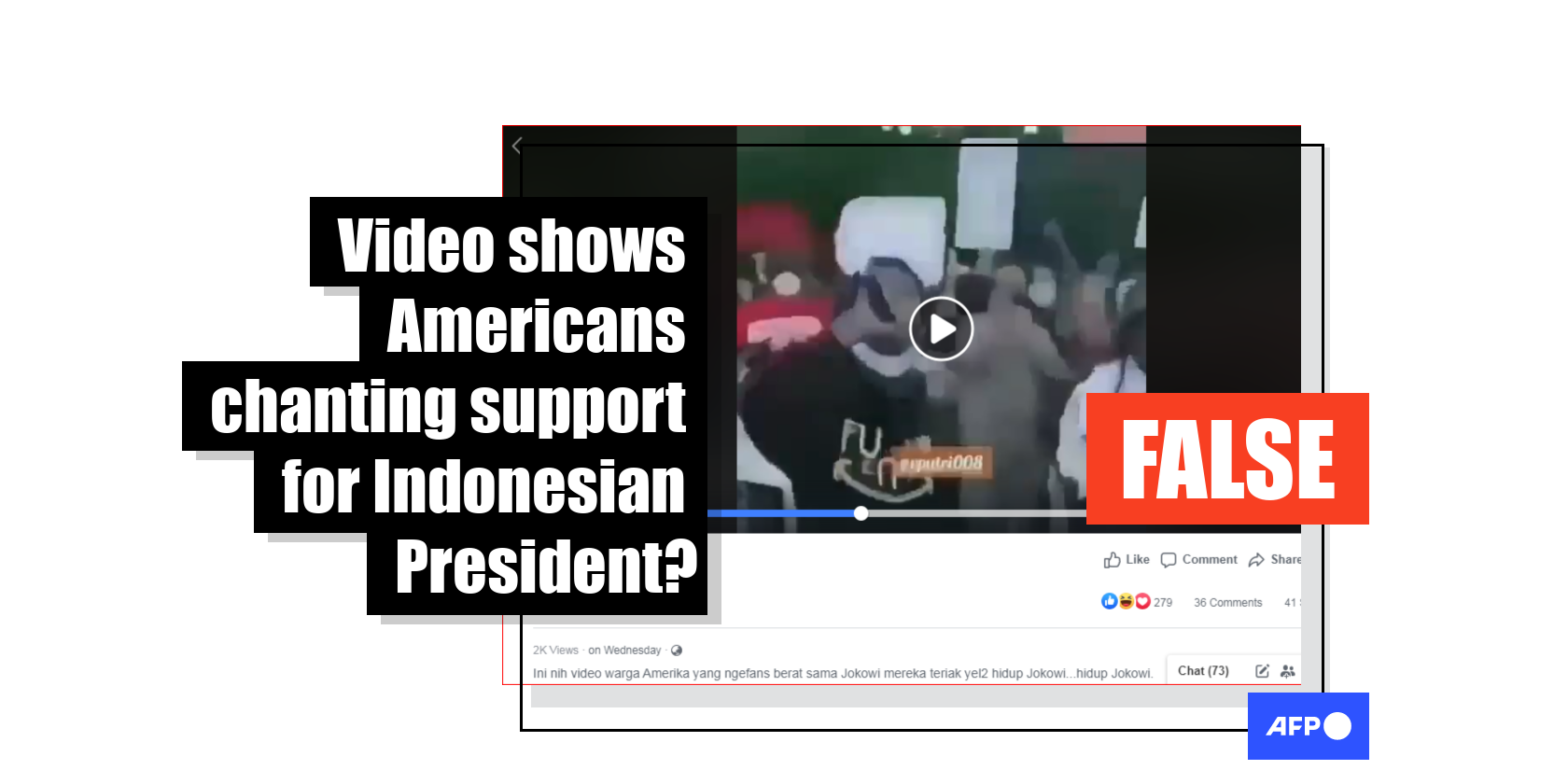 A video has been viewed tens of thousands of times in multiple posts on Facebook alongside a claim that it shows Americans showing their support for Indonesian President Joko Widodo. The claim is false; this video actually shows people protesting against racism in the US city of Atlanta in June 2020.

The 30-second video shows several people performing a rap song whilst surrounded by a crowd. The crowd, some of whom are holding banners, can be heard chanting “No justice, no peace” and “Fuck the police”. 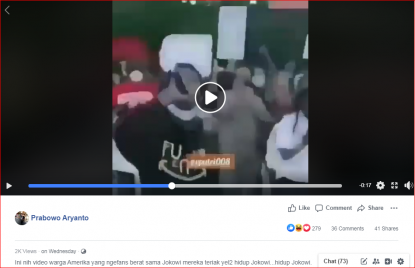 The post’s Indonesian-language caption translates to English as: “This is a video of Americans who are big fans of Jokowi; they chant long live Jokowi...long live Jokowi.”

“Jokowi” is the nickname of Indonesian President Joko Widodo.

The video has also been viewed more than 50,000 times after it was posted on Facebook here, here and here with a similar claim.

The video was also posted on Facebook here and here, alongside a claim it shows Americans protesting against Jokowi.

These claims are false; the clip actually shows people protesting against racism in the US city of Atlanta in June 2020.

At the 16-second mark, a man holding a microphone can be seen wearing a black hoodie emblazoned with the words: “Funny Ent”. 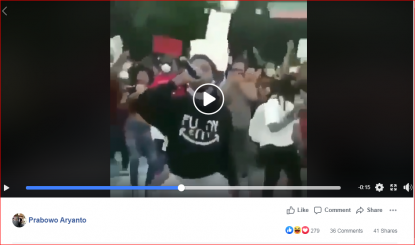 The Instagram user posted a longer version of the video seen in the misleading posts. He shared a one-minute 46-second video of the same protest on his account on June 2, 2020, here.

The post is captioned: “NO JUSTICE NO PEACE ! Trying to make a change ?? @fatsdabarber.”

Below is a screenshot comparison between the video in the misleading post (L) and the original video on Instagram (R):

The Instagram user also posted a photo showing himself holding a banner that reads: “NO JUSTICE! NO PEACE! #BLACKLIVESMATTER” on June 2, 2020.

No JUSTICE No PEACE !!Ev ! ?? Everyone deserves to live peacefully but why we have to live differently #justice #blacklivesmatter #alllivesmatterfunny

The exact location can be seen on Google Street View below:

Anti-racism demonstrations swept across the US for days following the killing of an African-American man by a white police officer in Atlanta on May 25, 2020, as reported by AFP here, here and here.