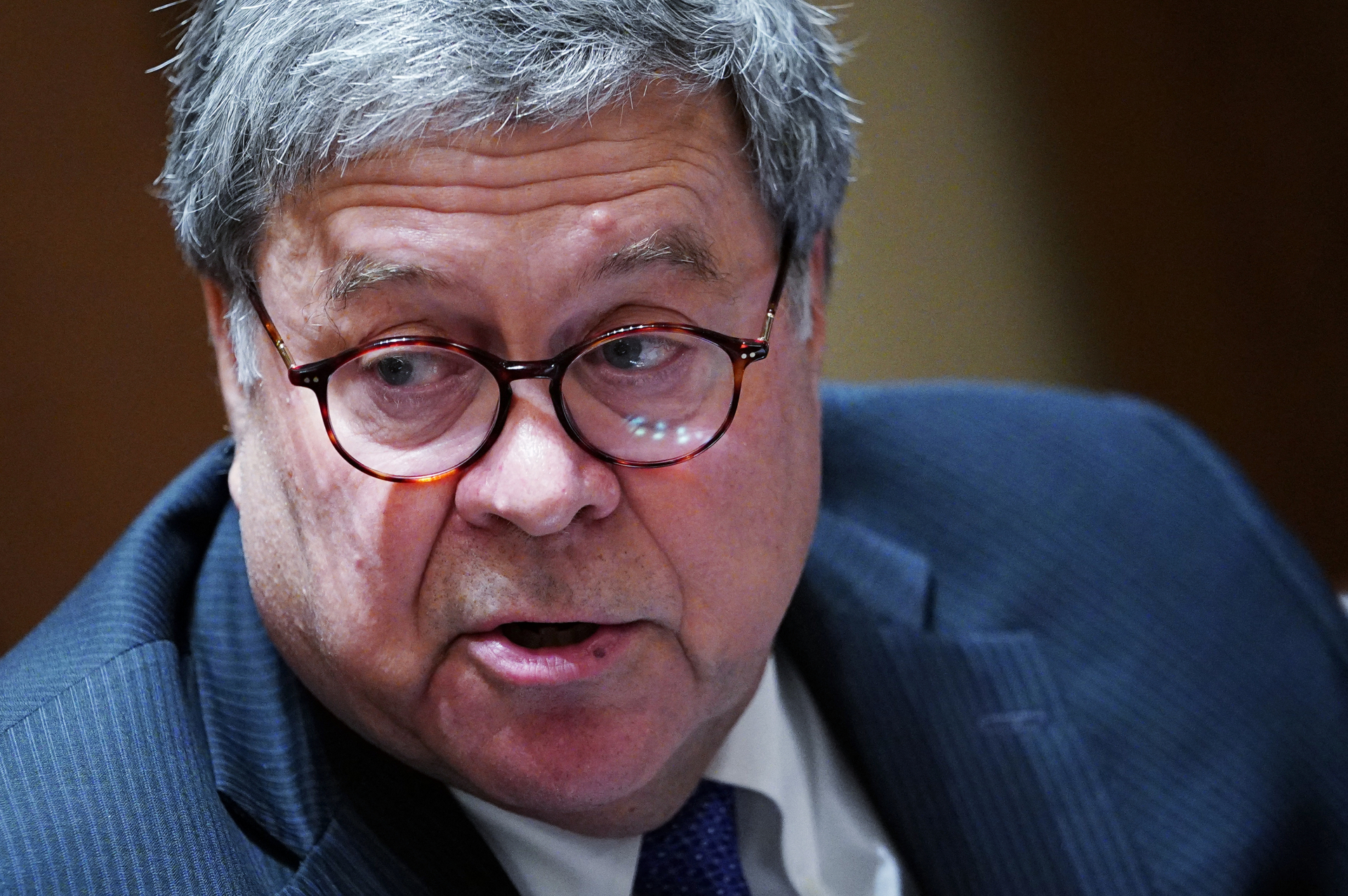 Former US Attorney General Bill Barr speaks during a discussion with state attorneys general on protection from social media abuses in the Cabinet Room of the White House in Washington, DC on September 23, 2020 (AFP / Mandel Ngan)

US military did not arrest former attorney general Bill Barr

An online article claims US Marines arrested former attorney general Bill Barr, held him at Guantanamo Bay until trial, and convicted him of treason. This is false; the Navy says the claims are “fabricated,” and Barr has been interviewed since his alleged arrest.

The article claims that former president Donald Trump’s Justice Department chief was arrested on May 21 at his home in Virginia.

It says he was held in a cell in the US detention facility at Guantanamo Bay, tried on June 21 and found guilty of treason, and is scheduled to be hanged on August 2. 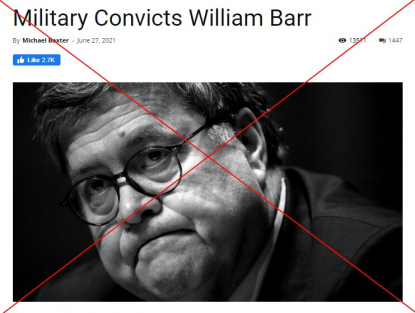 Screenshot of an article on Real Raw News on July 1, 2021

The article came out the same day that The Atlantic magazine published a long piece based on an interview with Barr, in which he explained his decision to publicly disavow Trump’s election fraud claims in early December 2020. Trump responded with a statement dismissing Barr as a Republican in Name Only (RINO).

The claims in the Real Raw News article are baseless, but were also mentioned in Facebook videos, Instagram posts, as well as in Spanish online articles and Facebook posts.

Lieutenant Commander Patricia Kreuzberger, a spokeswoman for the Navy, told AFP that “these claims from Real Raw News are false. They are wholly fabricated without any basis in fact.”

Politico reported speaking with Barr on June 11, almost 20 days after his alleged arrest. The resulting article, in which he distanced himself from Trump-era subpoenas of Democrats, does not mention any arrest.

The article references Marines acting under the Insurrection Act, an 1807 law that allows the president to call on the armed forces during an insurrection or civil disturbance, which echoes a baseless claim spread by Trump supporters.

The claim, which AFP debunked, holds that the former president invoked the Insurrection Act after the 2020 election.

No media outlet other than Real Raw News reported the arrest, according to a July 1 Google News search for “William Barr arrested.”