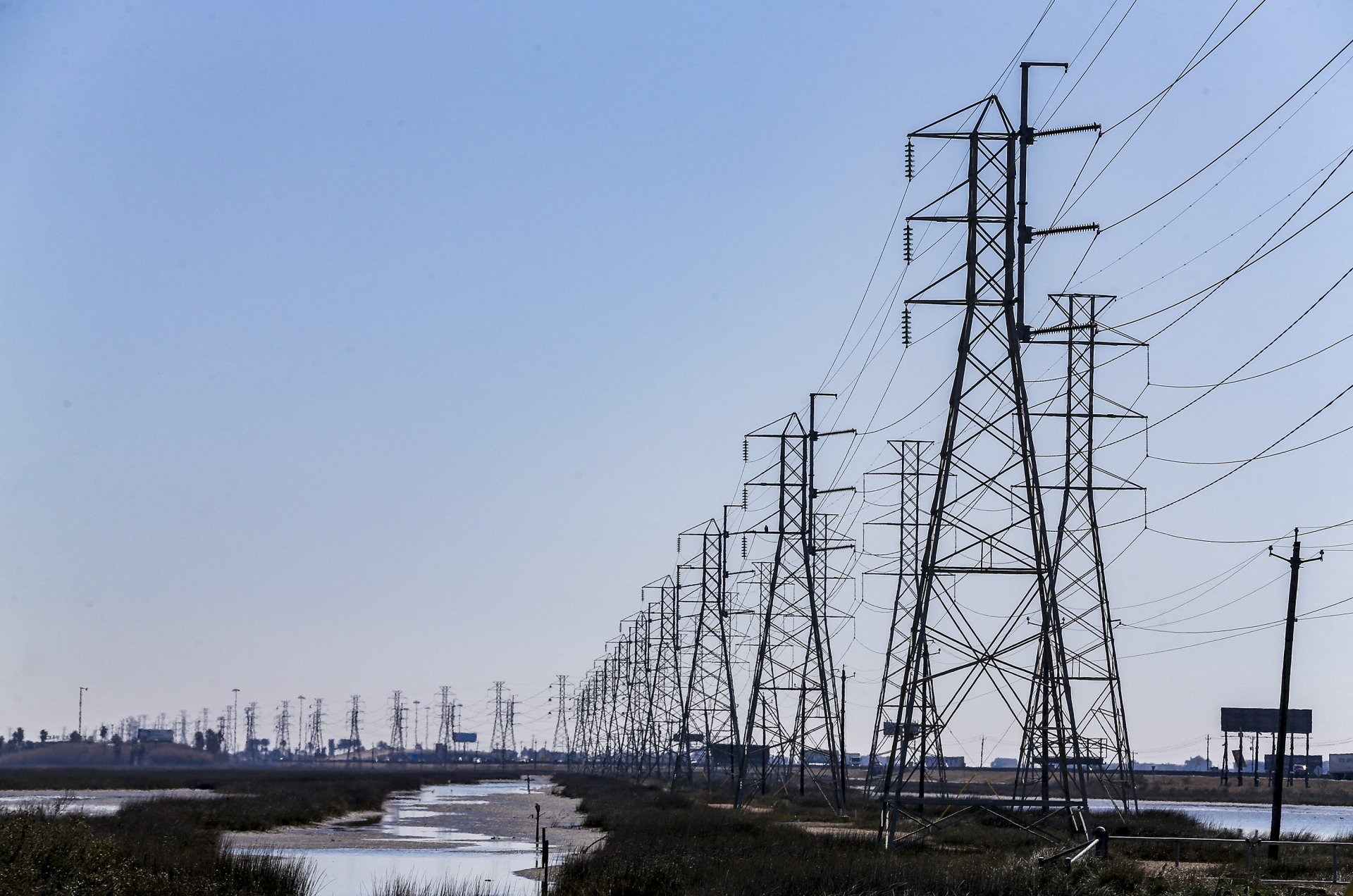 US government did not block Texas from increasing power output

An article shared thousands of times says the US federal government stopped Texas from generating more power as a severe winter storm approached. This is false; a spokeswoman for the state’s grid operator called the claim “misinformation,” and documents confirm that the Department of Energy granted a request for more electricity six days before the inaccurate article was published.

The article, shared more than 8,600 times according to social media monitoring tool CrowdTangle, continues: “An Emergency Order from the Biden administration’s Department of Energy shows Texas energy grid operator ERCOT was instructed to stay within green energy standards by purchasing energy from outside the state at a higher cost, throttling power output throughout the state ahead of a catastrophic polar vortex.” ERCOT is the Electric Reliability Council of Texas, the state’s power grid operator. 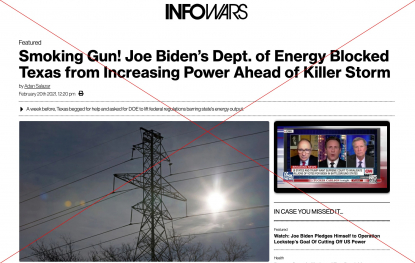 Screenshot taken February 24, 2021 of the article

Jones was banned from Facebook and permanently suspended from Twitter in 2018 for violating the company’s abusive behavior policy. He is best known for disputing the veracity of the September 11, 2001 attacks and the Sandy Hook school massacre in 2012, which he has described as an elaborate hoax involving “crisis actors”, implicating the administration of then-US president Barack Obama.

A similar article with the same byline was published here, and the claim was also shared on Facebook here.

Rather than forcing strict compliance with “green energy standards,” as the Infowars article says, the Department of Energy approved extra use and acknowledged the possible environmental impact of the emergency allowances.

“We worked with the DOE to put the order in place,” Sopko told AFP in an email, sharing a link to the February 14 notice which advised that some units could “operate up to their maximum generation output in certain limited circumstances, notwithstanding federal air quality or other permit limitations.”

She explained that the purpose of the order was to ask power suppliers which kind of exemption they needed, given the weather emergency.

The first exemption option ensures that generators are able to “exceed any permitted limit” of emissions or waste during Energy Emergency Alerts (EEA) levels 2 or 3, Sopko said.

ERCOT defines the range of EEA alerts here. Levels 2 and 3 are the most severe.

“The second allowance provides this same protection, but also enables a generator that would otherwise be required to go offline to instead remain online at its minimum operating level so that it is available for dispatch during an EEA Level 2 or 3.”

The order itself confirms that DOE granted ERCOT’s request and found “that an electric reliability emergency exists within the State of Texas that requires intervention in order to preserve the reliability of the bulk electric power system.”

A Department of Energy spokesman told AFP via email that the ERCOT request was granted later that same day, February 14. The order and request are also available on the DOE website here.

The Infowars article also claims that Biden’s administration “basically ordered ERCOT to throttle its energy output... while knowing full well Texans could freeze to death in their homes with zero electricity as temperatures plunged into the single digits.”

President Joe Biden issued a major-disaster declaration on February 20 for much of Texas, providing badly needed assistance. This could help users pay their exorbitant electric bills, said Michael McCaul, a Republican congressman from the state.

The claim that the DOE decreed energy be sold to ERCOT at a steep price is also untrue. The article reads: “Moreover, the order instructed an ‘incremental amount of restricted capacity’ to be sold to ERCOT at ‘a price no lower than $1,500/MWh,’ an increase of over 6,000 percent over February 2020 prices of $18.20.”

The DOE spokesman explained that the department is not a market regulator and does not set energy prices.

Other disinformation shared during the 2021 winter storm includes a fake tweet from Senator Ted Cruz about climate change, that renewable energy failed in Germany and was to blame for US power shortages, and that a pastor had refused to provide shelter from the cold.