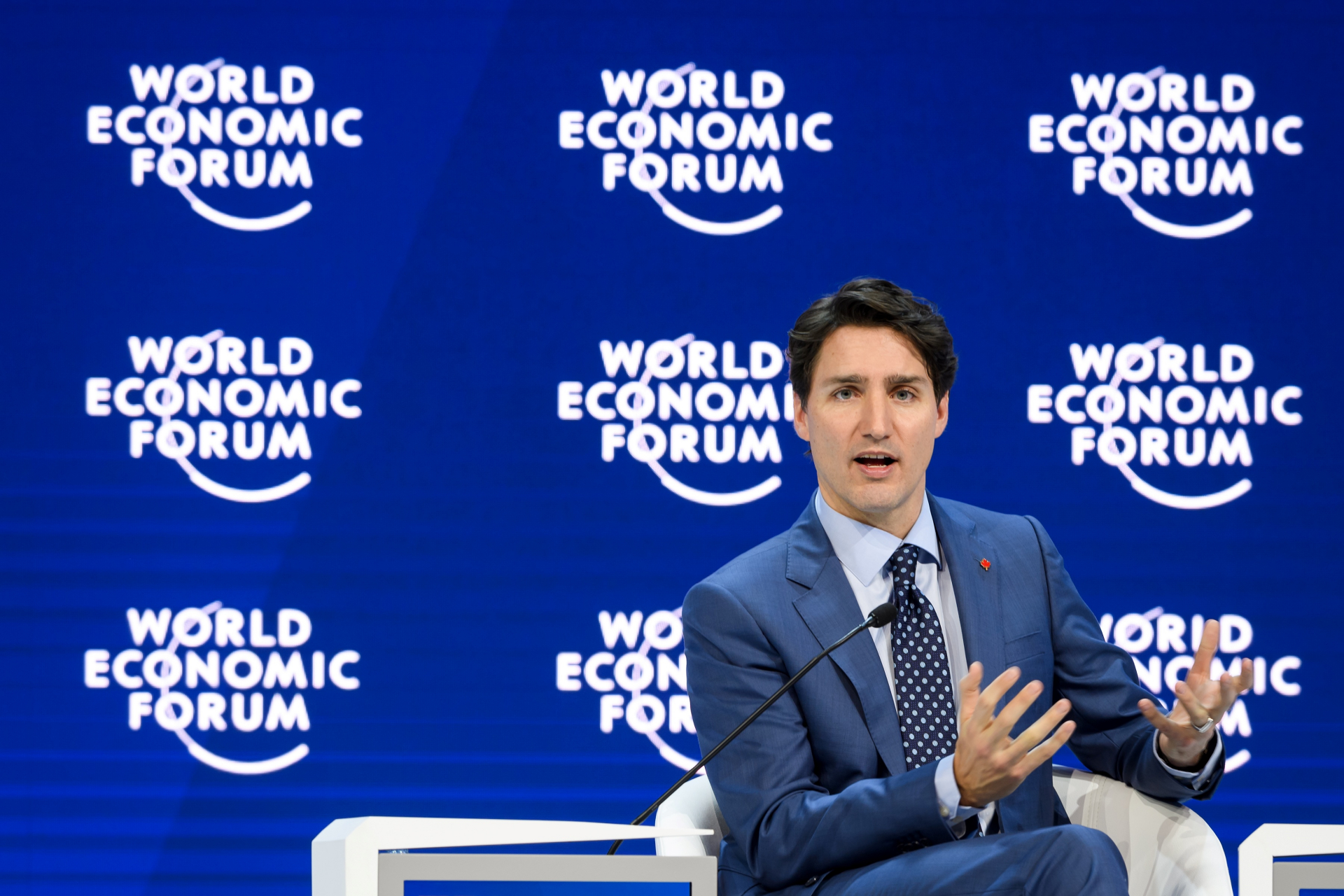 Social media posts are sharing a video of Canadian Prime Minister Justin Trudeau addressing the United Nations in September and using it to justify a baseless conspiracy theory about a plan by global elites to control the population and bypass democracy using the Covid-19 pandemic as an excuse. While the video is authentic, Trudeau is referring to well known, non-binding international initiatives to address global challenges accentuated by the pandemic.

“This shit is not Conspiracy theory anymore... This is happening!!! Our country has been sold to the globalists agenda, Trudeau has just announced it to everyone,” a Facebook post claims.

Similar posts have been shared thousands of times across Facebook, Twitter and Instagram, where a user wrote: “That is happening right now, as democracy will be bypassed due to Covid-19. This pandemic has been orchestrated for decades only to implement the new world order.”

The claim, which gained traction on November 15, 2020, was quickly amplified across Twitter by conservative political commentators including Maxime Bernier, leader of the libertarian People’s Party of Canada, Ezra Levant’s Rebel News, Spencer Fernando and US radio and TV host Glenn Beck.

“We want our lives to get back to normal… Instead they offer only more fear, more control, more centralization, and a reshaping of our lives and our economy without even asking us,” Fernando wrote in a blog post.

This conspiracy theory resurfaced with rising Covid-19 cases and harsher restrictions in some provinces of Canada, which recorded more than 311,000 cases and more than 11,000 deaths since the beginning of the pandemic.

The full video of Trudeau’s September 29, 2020 address to the United Nations, on which many of these posts are based, can be found here.

In one segment Trudeau says, “This pandemic has provided an opportunity for a reset. This is our chance to accelerate our pre-pandemic efforts, to reimagine economic systems that actually address global challenges like extreme poverty, inequality, and climate change.”

The “Great Reset” is a formal initiative from Prince Charles and the World Economic Forum (WEF), a Swiss-based foundation that organizes an annual forum for political and economic leaders in Davos.

Details of the Great Reset initiative are available on its website and in an interactive infographic here. 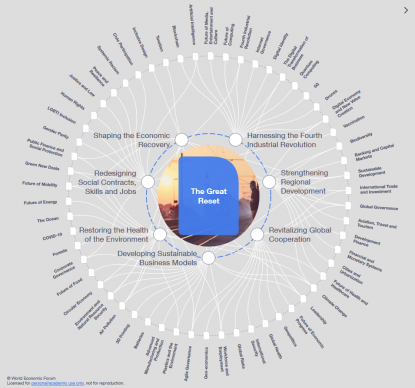 Screenshot taken of weforum.org on November 19, 2020

A January 2021 WEF summit will have the “Great Reset” as a theme, but as with every WEF meeting none of the discussions will be legally binding.

“The COVID-19 crisis has shown us that our old systems are not fit any more for the 21st century,” WEF founder and executive chairman Klaus Schwab said in June. “It has laid bare the fundamental lack of social cohesion,” he said during a virtual event hosted from the WEF headquarters in Geneva, adding that “now is the historical moment, the time, not only to fight the virus but to shape the system for the post-corona era.”

“The elites want Covid-19 lockdowns to usher in a ‘Great Reset’ and that should terrify you,” US Fox News TV host Tucker Carlson said in a November 17 broadcast that included Trudeau’s comments to the UN.

The same day, Conservative Party of Canada Member of Parliament Pierre Poilievre launched a “Stop the Great Reset” petition. It has garnered 78,000 signatures since the opposition politician tweeted about it. Although his party does not oppose multilateralism, Poilievre said he is opposed to Trudeau imposing “socialist ideology” on Canada.

Asked about the issue on November 20, Trudeau said: “We're seeing a lot of people fall prey to disinformation and if conservative MPs and others want to start talking about conspiracy theories, well that's their choice. I'm going to stay focused on helping Canadians get through this.”

Facebook posts also claimed that the WEF deleted a video outlining “8 predictions for the world in 2030,” implying a cover-up, but a Google search reveals that the video is still available on the WEF Twitter account. An article outlining each point of the video is also available on its website.

In another segment of the UN speech video, Trudeau said, “Building back better means getting support to the most vulnerable while maintaining our momentum on reaching the 2030 Agenda for sustainable development and the SDGs (Sustainable Development Goals).”

Agenda 2030 is a United Nations initiative with goals including an end to global poverty and hunger, the combating of inequalities, and protection of the planet. AFP Fact Check has debunked false claims about the initiative in the past.

Experts said the spreading of conspiratorial claims about the Great Reset reflects people’s economic insecurities during the pandemic, but completely misrepresent the nature of the global initiatives.

The theories outlined in the posts are “extremely out of touch with the nature of the sustainable development goals or other initiatives that they are referencing,” Steven Bernstein, a political science professor at the University of Toronto, told AFP by phone.

“Nothing in Agenda 2030 or the sustainable development goals tells any country or any individual that they have to do anything. It is completely voluntary. And that is the biggest irony of these theories because they use the language that someone is going to force them to do something or take away their property, and that is just nowhere in there. It’s just completely made up,” he said.

Bernstein pointed out that “many international institutions historically have had difficulty in reaching down to the general population about what it is they’re doing or not doing, so it can seem like it’s something that is happening by elites behind closed doors.” But he lamented that conspiratorial language about these initiatives “undermines what should be societal, open discussion about the kind of goals and aspirations that people would like to pursue.”

Jeffrey Dvorkin, a University of Toronto journalism teacher whose book on disinformation is about to be published, said: “We live in a time where things are more complicated. The Covid-19 has made people even more insecure and the idea that there has to be something behind this pandemic is part of this thinking about how the world is changing and we can’t control it.”

That way of thinking “always seems to fall back on the idea that we are being manipulated by dark forces that we cannot see or control, or really understand. This is a simplified way to see the world,” he added.

The pandemic is a time of great economic pressure, and that always leads people to “look for quicker, easier, more direct solutions, and people become easily frustrated when they see the government not moving as quickly as they want,” he said.

AFP Fact Check has reported on other conspiracies circulating in Canada during the Covid-19 pandemic, including the misleading claim that the government’s move to outsource the management of quarantine sites means they are building “internment camps,” and a fake leaked email said to be from a member of the Liberal party.