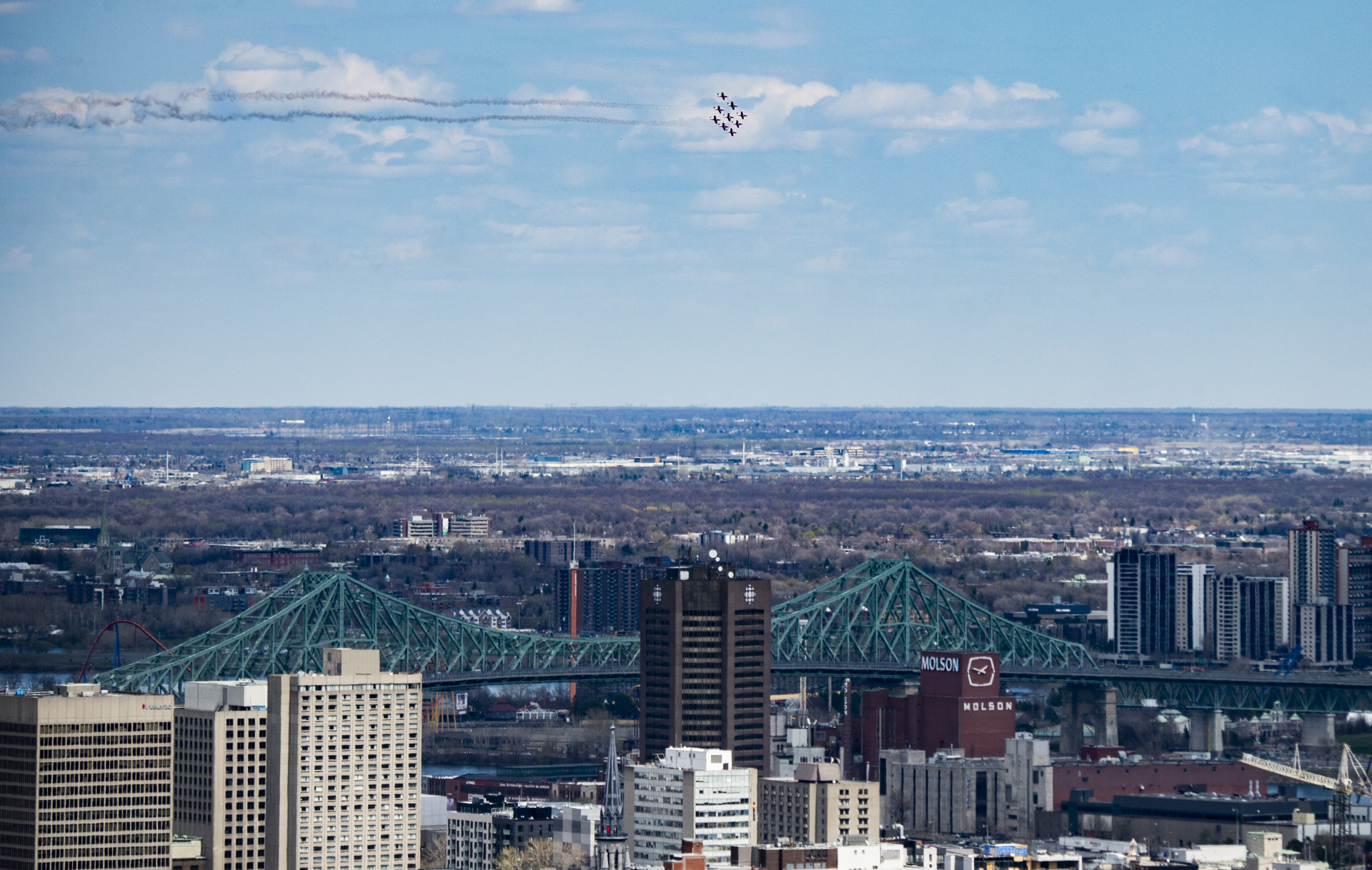 The Royal Canadian Air Force air acrobatics team fly over Montreal on May 7, 2020 in a morale-building tour of Canada during the Covid-19 pandemic (AFP / Sebastien St-jean)

After an Ontario politician condemned the Canadian federal government’s Covid-19 quarantine sites as “internment camps,” social media posts suggested that these sites would eventually be used to jail Canadians. This is false; the sites are facilities rented by the federal government for travellers who have no alternative for mandatory quarantine, Health Canada told AFP.

“I ask this government if people should prepare for internment camps,” Ontario provincial member of parliament (MPP) Randy Hillier asked the central Canadian province’s legislature during Question Period on October 7, 2020.

In the week that followed, a meme made comparisons between the quarantine sites and Nazi Germany’s camps, while one Facebook user raised fears about having to stay quarantined “for the rest of your life.” On Hillier’s Facebook page, some commenters called them “concentration camps.” 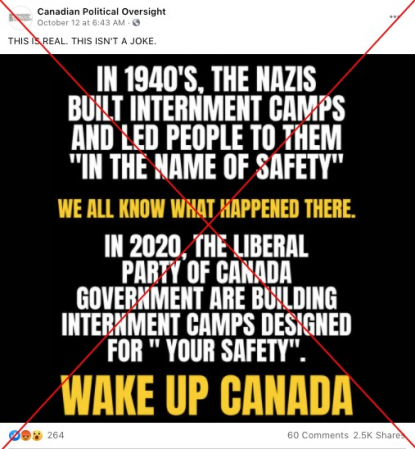 The National Citizens Alliance, a far-right political party with no seats in Parliament, picked up on Hillier’s language to denounce “internment camps,” while falsely claiming that children could be taken from parents for quarantine. Variations of the claims were present in a few online videos.

Government-run quarantine facilities are allowed in Canada under the Quarantine Act, passed in 2005 under Liberal prime minister Paul Martin.

In June 2020, the federal government issued its third order requiring every person entering Canada to quarantine for 14 days.

In his speech, Hillier was referring to facilities that the federal Canadian government deployed across the country and “are being used to address the Covid-19 fourteen day quarantine requirements for international travellers not having a suitable place to isolate,” according to a government document.

“In general, those are hotels, so I don’t really know where the notion of internment camps comes from,” Andre Gagnon, a spokesman for Health Canada, the government agency in charge of the Covid-19 pandemic response, told AFP.

During his speech at Question Period, Hillier mentioned a Request For Information dated September 17, 2020, issued by the Canadian federal government, seeking estimations on the costs and logistics of managing “Federal Quarantine / Isolation sites that will be used to house and care for people for public health and other related federal requirements associated with the COVID-19 pandemic response.”

According to a more detailed Letter of Interest, there are currently 11 such “Designated Quarantine Sites” in Canada’s main urban centers, which can accommodate 1,600 people in total. Ten new sites are under consideration. 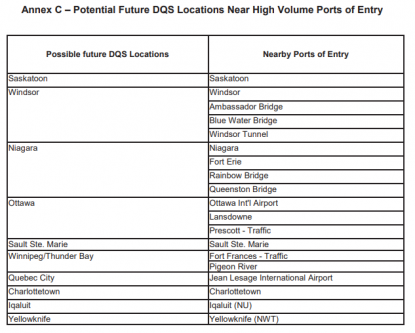 Screenshot of the Canadian government Letter of Interest 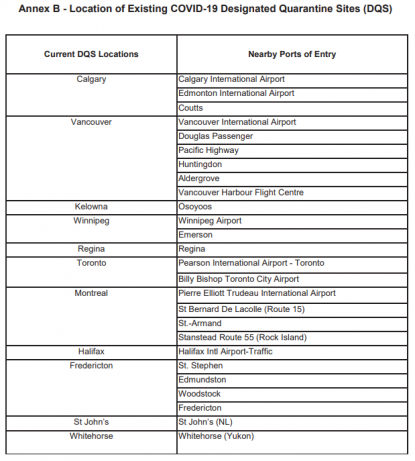 Screenshot of the Canadian government Letter of Interest

Hillier also claims that the quarantine facilities were designed to house “a broad spectrum of people, not limited to travelers,” alleging that the phrase “international travellers” is absent from government documents. However, those words are found in the Letter of Interest, and nothing suggests the facilities will be used for other individuals.

The Canadian government is currently in charge of those sites, but is considering delegating this responsibility to third-party service providers, the letter of interest reads. Gagnon from Health Canada told AFP that this potential contract would be attributed in March 2021.

Gagnon told AFP that as of October 12, 126 travellers were housed in the designated quarantine sites, and that 3,922 travellers had quarantined in such sites since March 2020.

Quarantine facilities are common practice in the response to the Covid-19 pandemic. In the early days of the pandemic, UK residents repatriated from Wuhan were held at a hospital, while in France they stayed at a seaside town on the Mediterranean.