Three photos have been shared thousands of times in multiple posts on Facebook and Twitter alongside a claim they show an air strike near the Thai-Myanmar border in March 2021. The images surfaced after the Myanmar military launched attacks in eastern Kayin state in March 2021. However, the photos have been taken out of context: they have previously circulated in reports and social media posts since at least 2018 about other military events in Myanmar. 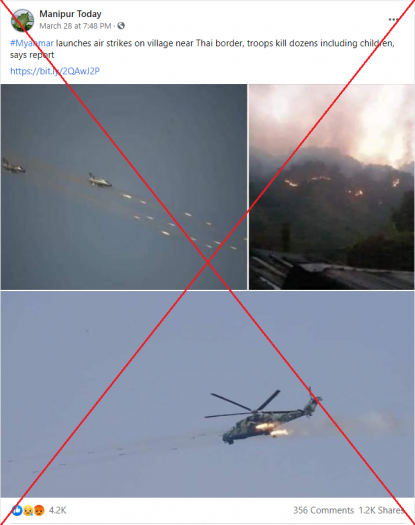 The air strikes marked a significant escalation in the military's lethal crackdown following February's coup, with the death toll reaching 564 as of April 4, 2021, according to local monitoring group Assistance Association for Political Prisoners (AAPP).

However, the images have been shared in a misleading context.

A reverse image search on Google found the first image was published here on the website for Myanmar military chief Min Aung Hlaing on February 2, 2018.

In this context, “Sin Phyu Shin” refers to the name of the military event.

The same image was also shared here by Myanmar Peace Monitor in an article published in September 2020.

A reverse image search on Google found a similar image posted in this tweet on March 16, 2020. 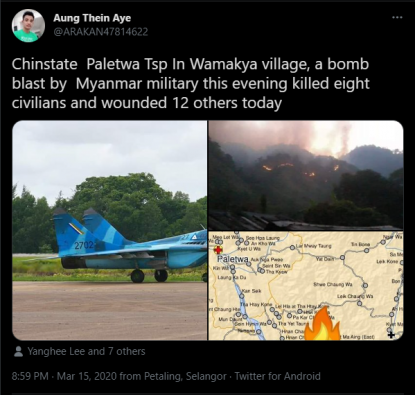 The same image was also published in this March 16, 2020 article by Fighter Jets World, a website for aircraft enthusiasts.

The attack was also reported here on March 16, 2020 by Myanmar news outlet Irrawaddy.

The third image can be found here in AFP’s photo archive dated February 2, 2018. 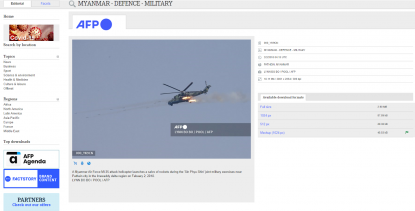 Screenshot of the photo in AFP’s photo archives

Below is a screenshot comparison of the photo in the misleading Facebook post (L) and the original photo (R):