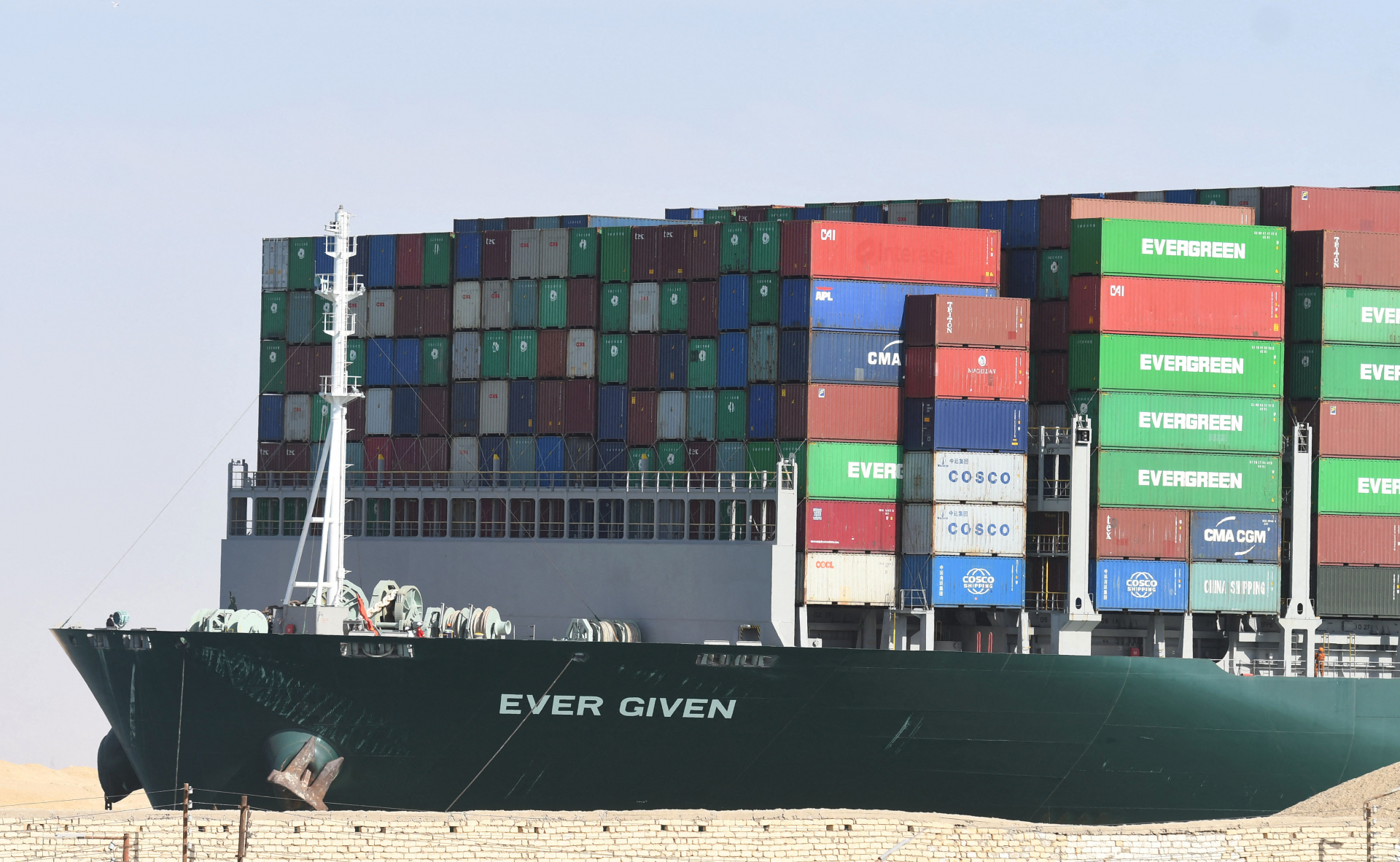 The MV Ever Given is tugged after it was fully dislodged from the banks of Egypt’s Suez Canal, on March 29, 2021 (AFP / Ahmad Hassan)

QAnon-linked social media posts seek to tie the Clintons to a ship that blocked the Suez Canal, saying the vessel has been used for human trafficking. The Clinton Foundation, however, says it has no ships, while an international maritime safety agency and an anti-trafficking group told AFP there is no information to support the claims, which the shipping line dismissed as baseless.

“Many children were shipped via the Clinton Foundation’s Evergreen,” says a March 28, 2021 Instagram video post, viewed more than 10,000 times, which inaccurately refers to the Ever Given by the name of its operator, Taiwan-based Evergreen Line.

“Many were drugged and literally taped up,” alleges the video, which includes a picture of former Democratic presidential candidate Hillary Clinton and a photo of an Evergreen container ship.

Hillary Clinton previously served on the board of directors of the Clinton Foundation, which was founded by her husband, former president Bill Clinton, but it does not currently list her as holding a position. 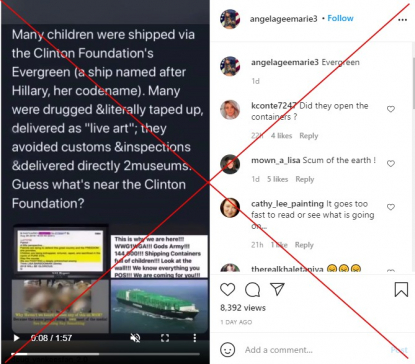 Numerous similar posts circulated after the Rotterdam-bound vessel ran aground on March 23 in the Suez Canal, which is vital to world trade. The ship was refloated on March 29 and the canal reopened.

Many claims about the Ever Given contained references to Hillary Clinton, and to the QAnon conspiracy theory, whose adherents believe that US Democrats are part of a cabal of Satan-worshipping pedophiles.

Followers of the theory -- which has gained increasingly broad support through social media -- have driven a surge in inaccurate information about child trafficking.

False claims that the Clinton Foundation operates cargo ships date back at least to 2017.

But Brian Cookstra, the Foundation’s director of communications, told AFP by email: “We don’t own or operate any ships.”

The owner of the Ever Given is a Japanese company, Shoei Kisen.

Evergreen of Taiwan is the ship’s commercial operator, responsible for the cargo and its scheduling, while Bernhard Schulte Shipmanagement (BSM) are its technical managers, handling day-to-day operation and management of the vessel and its crew.

A BSM spokesperson separately said by email that the cargo has an emphasis on “manufactured consumer products” and is subject to inspection.

“The Ever Given makes frequent port calls and in each port a large number of stevedores come onboard and move freely about the vessel to help remove and stow cargo. All commercially trading vessels routinely receive unannounced Port State Control inspections by inspectors who have access to all areas of the vessel,” the spokesperson said.

Evergreen Marine Corp’s Supplier Code of Conduct says: “There is to be no use of coercion and involuntary prison labor, and trafficked persons.”

AFP asked Polaris, a US-based anti-trafficking organization that collaborates with the United Nations International Organization for Migration and other partners, whether it had come across information linking the Ever Given to human trafficking.

“We have not received any credible reports involving this boat,” the group’s chief communications officer, Caren Benjamin, said by email.

The International Maritime Organization (IMO), a United Nations agency that works to improve the safety and security of international shipping, gave a similar response.

“We have no knowledge of any information that would support their claims about trafficking,” the agency’s media office said in an email.

And Immigration and Customs Enforcement, whose Homeland Security Investigations branch probes transnational crimes including human smuggling and has agents based around the world, said by email that it has “no information” about claims linking the vessel to human trafficking.

AFP has previously debunked an online conspiracy theory that the furniture retailer Wayfair was trafficking children, as well as other false claims linked to QAnon.