Social media posts have located this flooded classroom in various African countries. It was actually filmed in Nigeria

A video of students seated in a flooded classroom with a dilapidated roof, hardly protecting them from the heavy downpour, has been shared in numerous African countries in social media posts decrying the state of local educational facilities. Some web users claimed the school was in Kenya or Ghana; others in Cameroon, Togo or Tanzania. But a tip-off from comments on a Nigerian celebrity’s Instagram account allowed us to show that the video was actually filmed at a school in Delta State, southern Nigeria.

Kenyan journalist Eric Njoka claimed in an October 29 tweet (archived here) that the school was in Kenya, though he later added a second post saying he was no longer certain this was the case.

“Never mind, it's just another school in Kenya. Scroll up (even the government doesn't care, so why should you, right?) it's the new normal nowadays, right? ....This should NOT be happening,” said Njoka’s first post, which was retweeted more than 400 times. 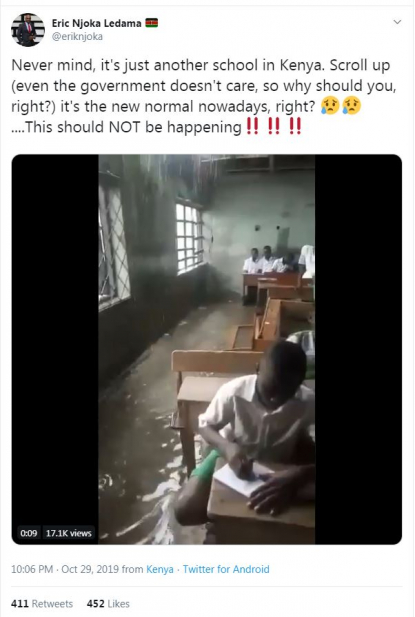 But other Twitter users claimed the video was filmed elsewhere -- in Tanzania, Ghana or other countries. 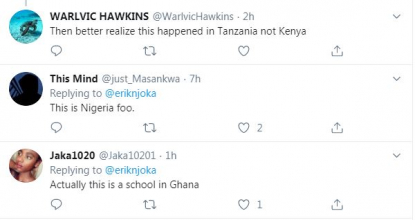 Screenshot taken on October 31, 2019, of comments on the misleading tweet

Following these responses, Njoka tweeted: “I have received information from different quarters arguing that this is NOT Kenya, some say Tanzania, Ghana, Nigeria etc, Fact is, there could be worst cases in Kenya and it does not matter where it is, Childrens' RIGHTS ought NOT to be violated. Period. I stand by my tweet.”

The same clip was shared in this tweet, shared more than 20,000 times, claiming it was filmed in Togo. On Group Kenya, a Facebook group with more than two million members, an online user captioned the video: “Can someone explain where, why, when and how is this in Kenya?” 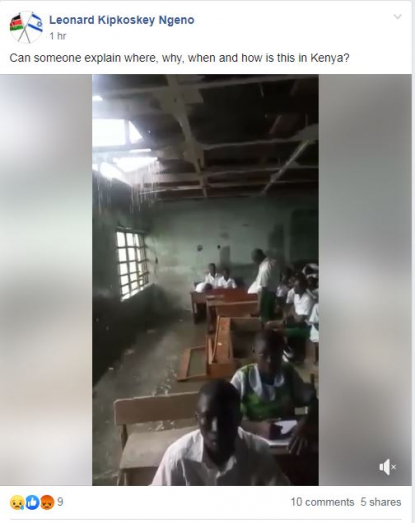 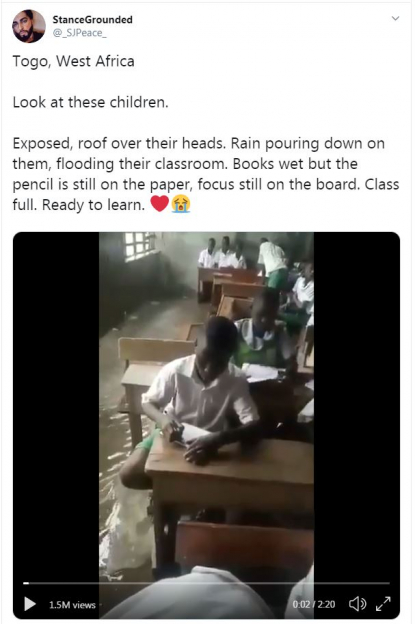 Other posts archived here, here and here indicated that the video was recorded in Nigeria but did not give the name of the school.

“Please, can someone find out where this school is? I have seen worse in my neighbourhood but that doesn’t mean we shouldn’t play a role in making a change,” he wrote. 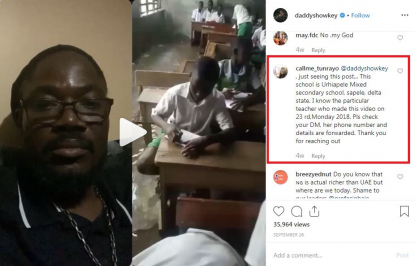 We searched on Facebook for the words “Urhiapele Mixed Secondary School in Sapele” and we found posts here and here indicating that Joyce Overah, a commissioner for Delta State, had visited the school after the video went viral online. Commissioners oversee the work of the different ministries within Nigeria’s 36 states. 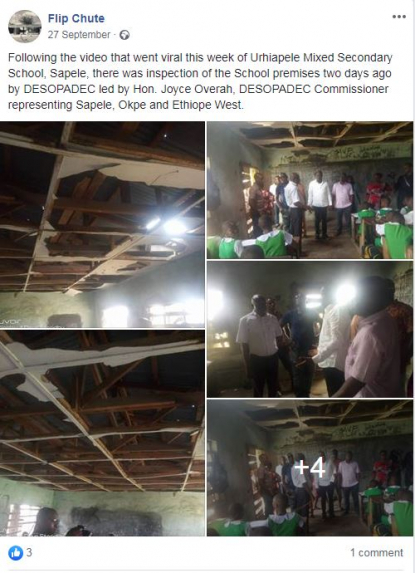 This Facebook post reported that Joyce Overah, a commissioner for Delta State, had visited the school after the video went viral 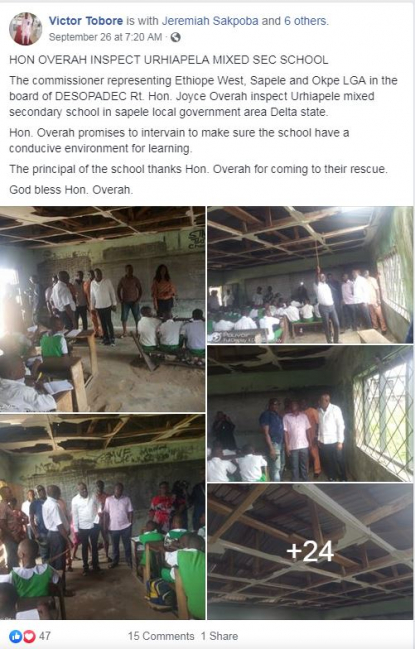 From the pictures included in the posts, you can see immediately that the green and white school uniforms match those seen in the viral video. Details pointed out in red below -- the distinctive lattice window and the missing ceiling panels -- also show that the classroom was the same one visited by Overah. 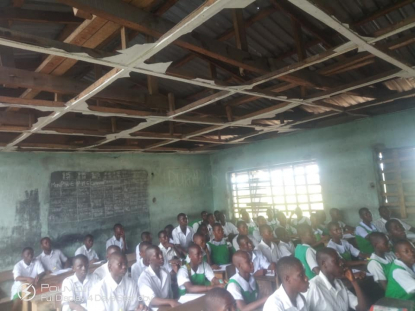 The green and white uniforms match those seen in the viral video... 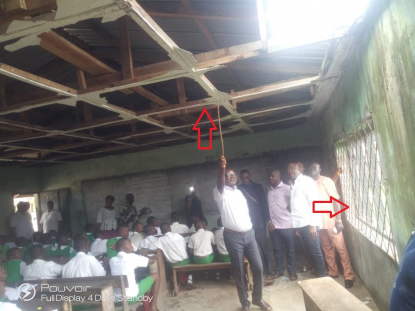 ... and in both, you can see the same missing ceiling panels and lattice window frame

We’ve reached out to authorities in Delta State for an update about what is happening at the school. We’ll update this post as soon as we have more information.