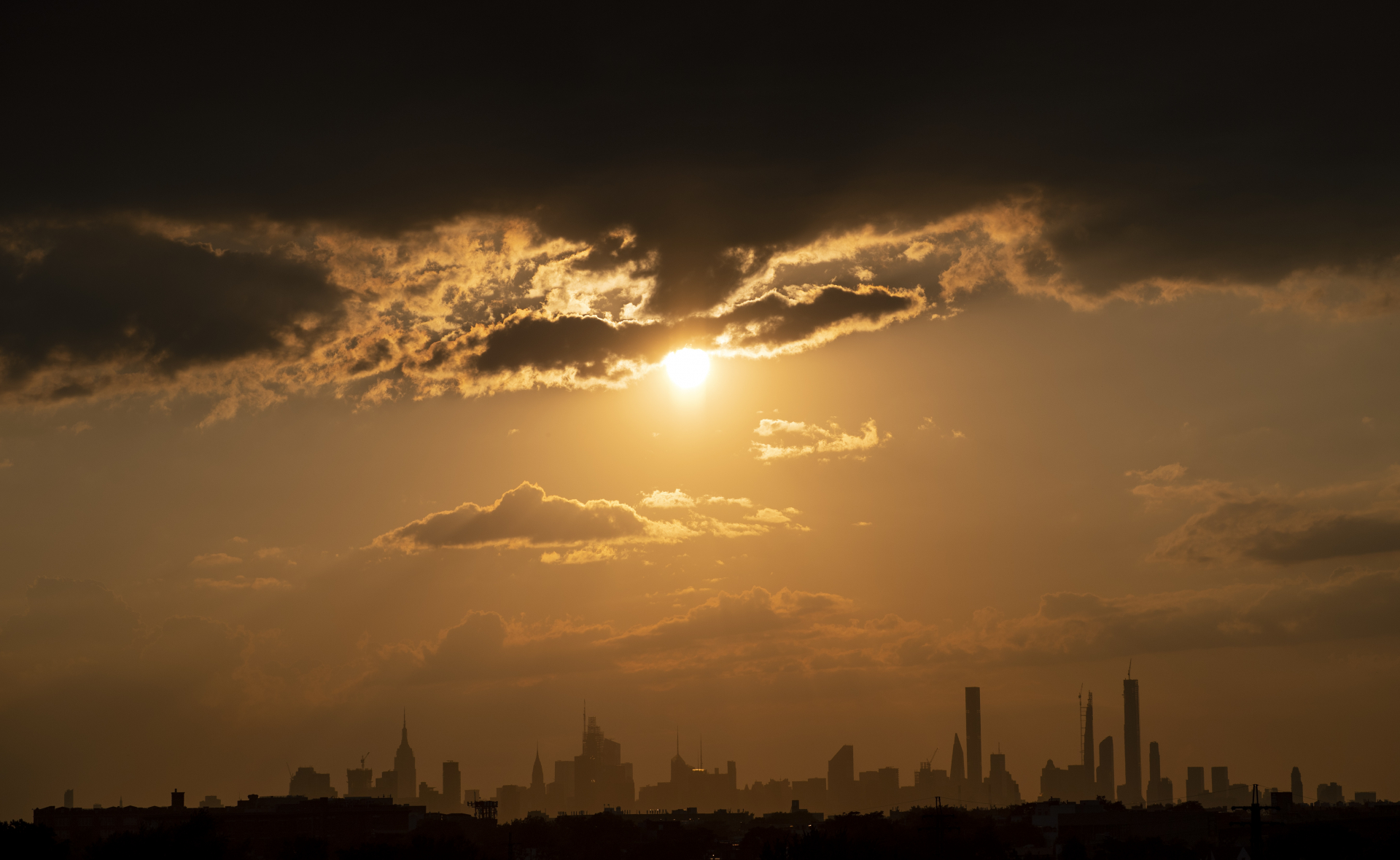 No, NASA did not admit that changes in Earth’s solar orbit, not human activity, is causing climate change

An article shared half a million times claims that the US National Aeronautics and Space Administration (NASA) admitted that changes to the Earth’s orbit around the Sun are responsible for climate change rather than human activity. This is false: NASA has explicitly stated that "scientists attribute the global warming trend observed since the mid-20th century to the human expansion of the 'greenhouse effect.'"

“NASA admits that climate change occurs because of changes in Earth’s solar orbit, and NOT because of SUVs and fossil fuels,” claims an article shared more than 500,000 times on Facebook, according to the online social media monitoring tool CrowdTangle. 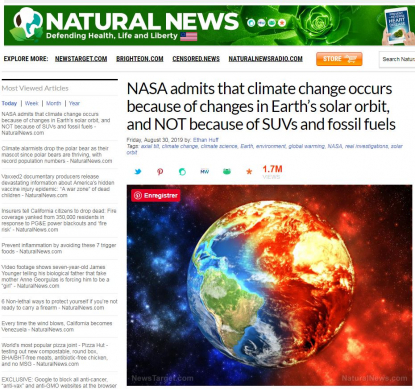 Screenshot taken on October 29, 2019 of a Natural News article

The false article includes graphs from a NASA publication from the year 2000 as purported proof that variations in shape and angles of the Earth’s orbit over thousands of years, as explained by the Milankovitch theory, alone explain the warming trends.

“The Milankovitch theory is at least partly correct,” Shaun Lovejoy, professor of Physics at McGill University, told AFP. “But the orbital changes are totally microscopic at scales of less than several thousand years. Over 100,000 (years) it could lead to a change in temperature of 2 degrees Celsius. At the moment we are facing a 1.1 degree Celsius change in 100 years, about 500 times faster,” he said.

At no point does the NASA publication used by the authors of the viral article deny that humans have an influence over climate change. There is scientific consensus that human activities are causing climate change, including reports from the United Nations Intergovernmental Panel on Climate Change, a group of 1,300 independent scientific experts.

This NASA article explains, “If the Sun were responsible for global warming, we would expect to see warming throughout all layers of the atmosphere, from the surface all the way up to the upper atmosphere (stratosphere). But what we actually see is warming at the surface and cooling in the stratosphere. This is consistent with the warming being caused by a build-up of heat-trapping gases near the surface of the Earth, and not by the Sun getting ‘hotter.’”

NASA data showed that the warming temperatures (in red on the graph below) far outpace the amount of energy from the sun received by the Earth (in yellow). 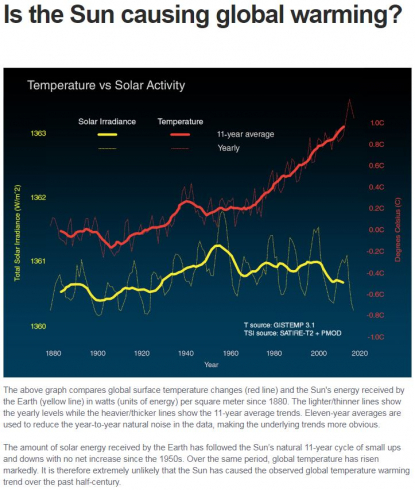 Screenshot taken on October 29, 2019 of an article from NASA's Earth Observatory

“We know subtle changes in the Earth’s orbit around the Sun are responsible for the comings and goings of the ice ages. But the warming we’ve seen over the last few decades is too rapid to be linked to changes in Earth’s orbit, and too large to be caused by solar activity,”  the NASA article explained.

This was affirmed by the Canadian government which states: “Changes in solar irradiance have contributed to climate trends over the past century but since the Industrial Revolution, the effect of additions of greenhouse gases to the atmosphere has been over 50 times that of changes in the Sun's output.”

Climate change is a regular source of misinformation. AFP Canada has examined misleading content about sea level rise and the impact of volcanoes on climate change.