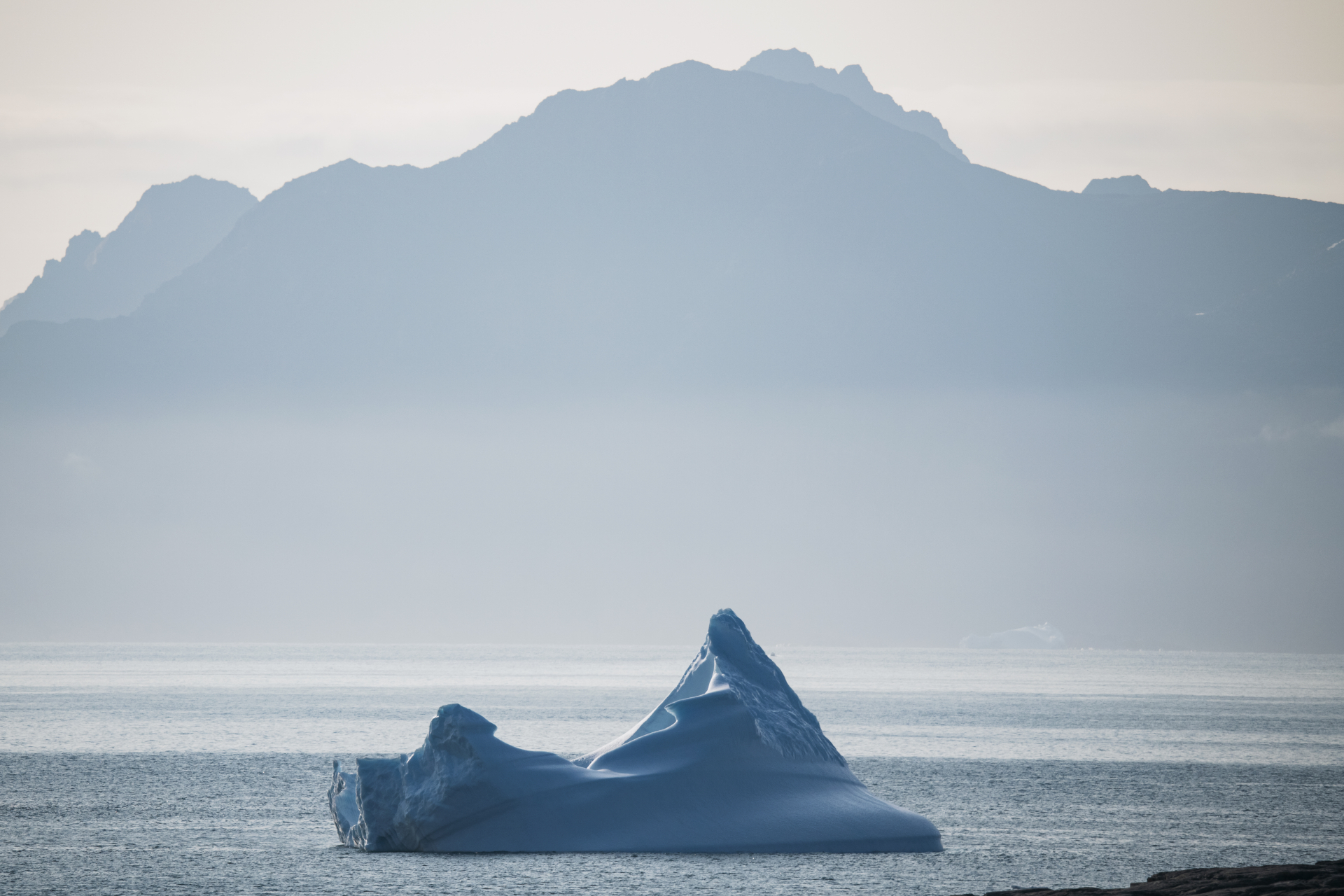 An iceberg floats near Kulusuk island in Greenland on August 20, 2019 (Jonathan Nackstrand / AFP)

The impact of melting icebergs on rising sea levels, explained

A picture showing ice cubes in a measuring cup filled with water before and after the ice melted has been shared several thousand times with the claim that if ice cubes can melt without raising the water level, melting icebergs will also fail to affect world sea levels. This is misleading. While the melting of an iceberg already in the ocean will not dramatically contribute to rising seas, the increasing numbers of icebergs resulting from climate change are contributing to a global rise in the sea level.

Many people will have done the same experiment at primary school:  add ice cubes to a glass of water, then check to see how much water there is before and after it melted. Nothing changes, the level of water stays the same. The same thing happened in images shared more than 4,000 times on Facebook and Reddit with the caption, “A little science lesson for the #IDIOTS at the global warming conference.” 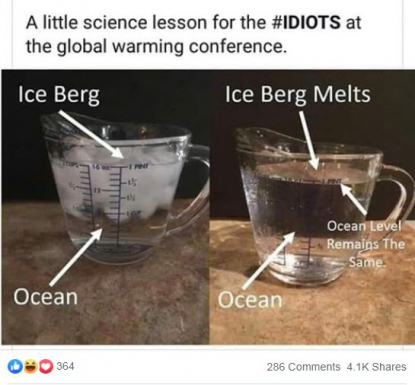 This experiment is not falsified, but it misleads in its conclusions about the impact of climate change on the sea level.

The experiment illustrates Archimedes’ principle: any floating object displaces its own weight of fluid. But this study from the University of Leeds says, “Because sea water is warmer and more salty than floating ice, changes in the amount of this ice are having an effect on global sea levels.”

The experiment also fails to take into account the water level before the cup was filled with ice. Ted Scambos, senior research scientist at the Cooperative Institute for Research in Environmental Sciences, explained: “If you did the same experiment with a cup of water that was almost full and then you added a big iceberg to it, it would squash over the top.”

Where do icebergs come from ?

Icebergs are created by the calving, or breaking off of larger bodies of ice like glaciers or ice shelves.

Ice sheets are glacial land masses on mainland. On Earth we have two: Greenland and Antarctica. According to the National Snow and Ice Data Center, “Ice sheets form in areas where snow that falls in winter does not melt entirely over the summer.” On the two ice sheets, glaciers are formed by snow that has turned into ice.

Glaciers can also be found on top of mountains, for example in the Alps. Because of their slow movement, they can be compared to rivers of ice.

This movement, ending in the sea, can create ice shelves, if the water is cold enough. They are bodies of ice attached to glaciers, but floating on water.

AFP obtained an official draft summary of the Intergovernmental Panel on Climate Change's (IPCC) report which is due out on September 25 on oceans and the cryosphere (the frozen water part of the Earth's system).

It says that the Greenland and Antarctic ice sheets lost roughly 400 billion tonnes of mass annually in the decade to 2015, corresponding to a sea-level rise of around 1.2 millimetres each year. 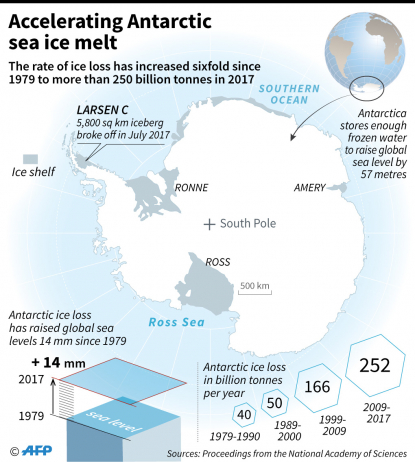 Map of Antarctica showing the acceleration of ice loss due to climate change and the rise in sea levels over the last 40 years, according to a study in the Proceedings from the National Academy of Sciences

Water from the land

Scambos told AFP, “The problem is the fact that there are a lot more icebergs being created because of ice flowing off of ice sheets, like Greenland or Antartica. Because when you take ice from the land where there is a significant part of the mass that is above sea level and put that ice into the ocean, that raises the sea level.”

The draft of an IPCC Special Report says that compared to the 1980-2000 period, seas will rise nearly half a metre by 2100 if Earth warms 2C above preindustrial levels, and 84 cm in a 3C-4C world. 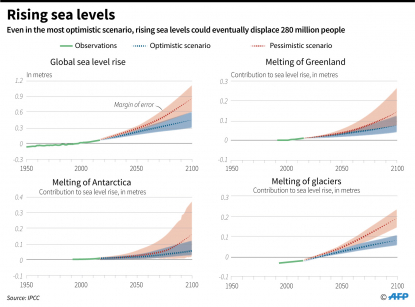 Sea level rise forecasts to 2100 based on IPCC scenarios

The impacts of rising seas will be felt in Canada. According to Natural Resources Canada, “Atlantic and Pacific Canada, and the Beaufort coastline in the Arctic, will experience relative sea-level rise, while sea levels in parts of Atlantic Canada are projected to rise even higher than the global average this century.”