No, volcanoes do not emit more carbon dioxide than human activity

Several social media posts claim that a single volcanic eruption releases more carbon dioxide into the Earth’s atmosphere than humanity has since the industrial revolution. This is false; on average, human activities emit in three to five days what Earth’s volcanoes produce in a year, according to the United States Geological Survey.

This tenacious hoax has been shared since the early days of the internet: volcanic activity accounts for far greater amounts of carbon dioxide in the planet’s atmosphere than human activity. One meme claims that “one little burp” from Mount Etna emitted 10,000 times more carbon dioxide than humankind in its entire existence. Another refers to an Indonesian volcano in order to make a similar point. 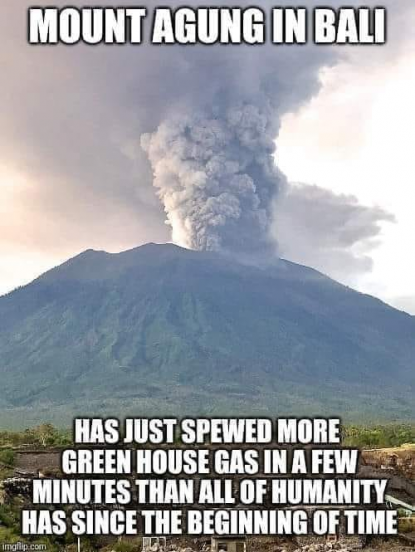 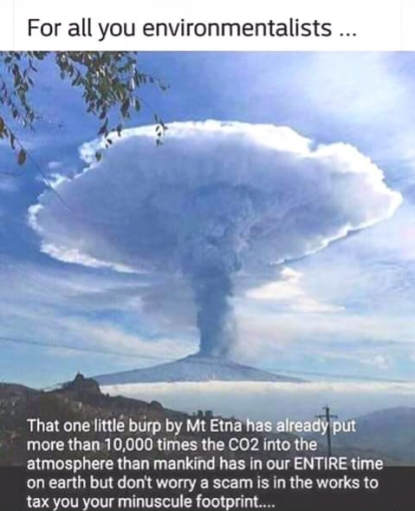 Both claims are false, yet the wider idea that they attempt to convey -- that concerns about human caused, or anthropogenic, carbon dioxide emissions are unwarranted since they pale in comparison to the natural carbon cycle -- continues to make the rounds on social media.

“That cannot be right, I don’t know where they’re getting their numbers,” Celina Suarez, Associate Professor of Geology at the University of Arkansas and a researcher for the Deep Carbon Observatory (DCO), a group of 1,200 scientists from 55 countries aiming to better understand Earth’s carbon cycle, told AFP.

Screenshot taken on October 8, 2018 of a USGS chart

On October 1, 2019, the DCO released a summary of papers published after 10 years of research. Over the years studied they found, “Humanity’s annual carbon emissions through the burning of fossil fuels and forests, etc., are 40 to 100 times greater than all volcanic emissions.” Here is an AFP story about the study.

Specific information on gas emissions from natural sources can be found on this map designed in collaboration with the DCO.