A video has been viewed tens of thousands of times in multiple posts on Facebook and YouTube uploaded which claim it shows that "foreign police" would shoot and kill people who vandalise subway stations. The posts, written in traditional Chinese, were uploaded after months of protests in Hong Kong, during which some subway stations have been vandalised. But the video is being used in a misleading context; the footage actually shows German anti-terror police conducting a drill in Nuremberg in October 2019.

The footage, which appears to show armed police shooting a man in a subway station, was published here on Facebook on October 26, 2019, where it has been viewed nearly 100,000 times.

The post’s traditional Chinese language caption translates to English as: “(Foreign police would shoot and kill the mob who vandalise the subway.)”

The post was published after almost five consecutive months of pro-democracy protests in Hong Kong, which have sometimes turned violent. Protesters have vandalised train stations during the unrest. Here is an AFP news report about the protests. 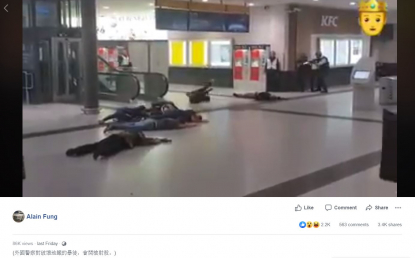 The three-minute and eight-second clip opens with a group of screaming people running away from a masked man who is aiming a gun towards them inside a train station.

Several people can be seen lying on the station floor while police subseqently patrol the area. The video then cuts to show three men in suits speaking to journalists inside the station.

Comments on the video from some Facebook users suggested some believed the video showed police firing live rounds.

Below is a screenshot of some of the comments: 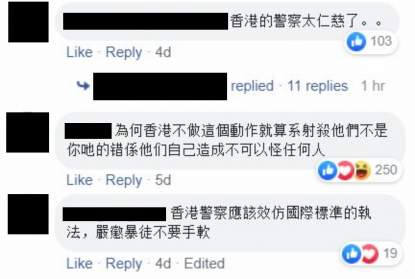 Screenshot of some of the comments

They translate to English as: “Hong Kong police are so merciful”; “Why Hong Kong doesn’t do so? Even killing them is not your fault. It’s caused by themselves and they cannot blame anyone”; “Hong Kong police should work by following the international standard, to severely punish the mob with no mercy”.

A keyword search found the same video published here on Facebook on October 20, 2019, five days before the first misleading post was published.

The post’s caption translates to English as: “Screams, shots, explosions: Until well into the early morning hours ran in the Nuremberg main station a large-scale anti-terrorism exercise of the police. (Video: Alexander Brock)”.

German-language captions superimposed on the video can be translated to English as:

"Anti-terrorist exercise at the main station"
"First security forces are on the move"
"The situation is still unpredictable"
"A second assassin appears"
"... and gets shot"
"Forces ensure the situation"
"Minister of the Interior of the state of Bavaria Joachim Herrmann"

The video’s caption translates to English as: “Around 1,500 participants, including 300 police officers, conducted an anti-terrorist maneuver at Nuremberg train station on Wednesday night. This was completely closed for the exercise. Some of the officers staged an armed attack on the station, which was beaten back by the other police officers.”

Scenes captured in the video in the misleading posts directly correspond with the RT video.

Below are three screenshot comparisons of the video in the misleading posts (L) and the RT video (R): 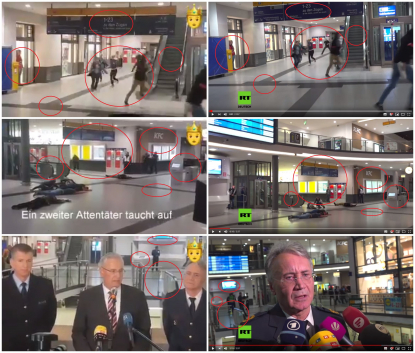 Joachim Herrmann, Minister of the Interior of the state of Bavaria, is shown speaking to journalists in the final segment of the video.

Below is a screenshot of the photo on Google Maps: 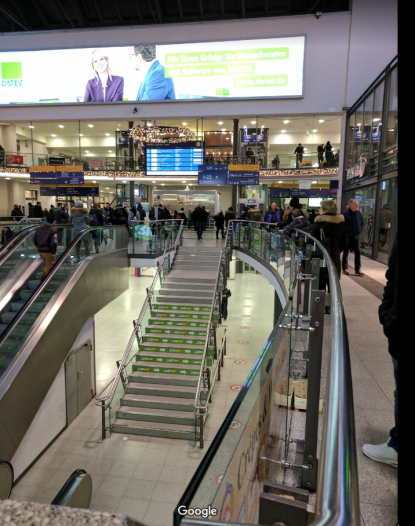 Screenshot of the photo on Google Maps

The same exercise was reported on by German public-service radio and television broadcaster Bayerischer Rundfunk here on October 16.