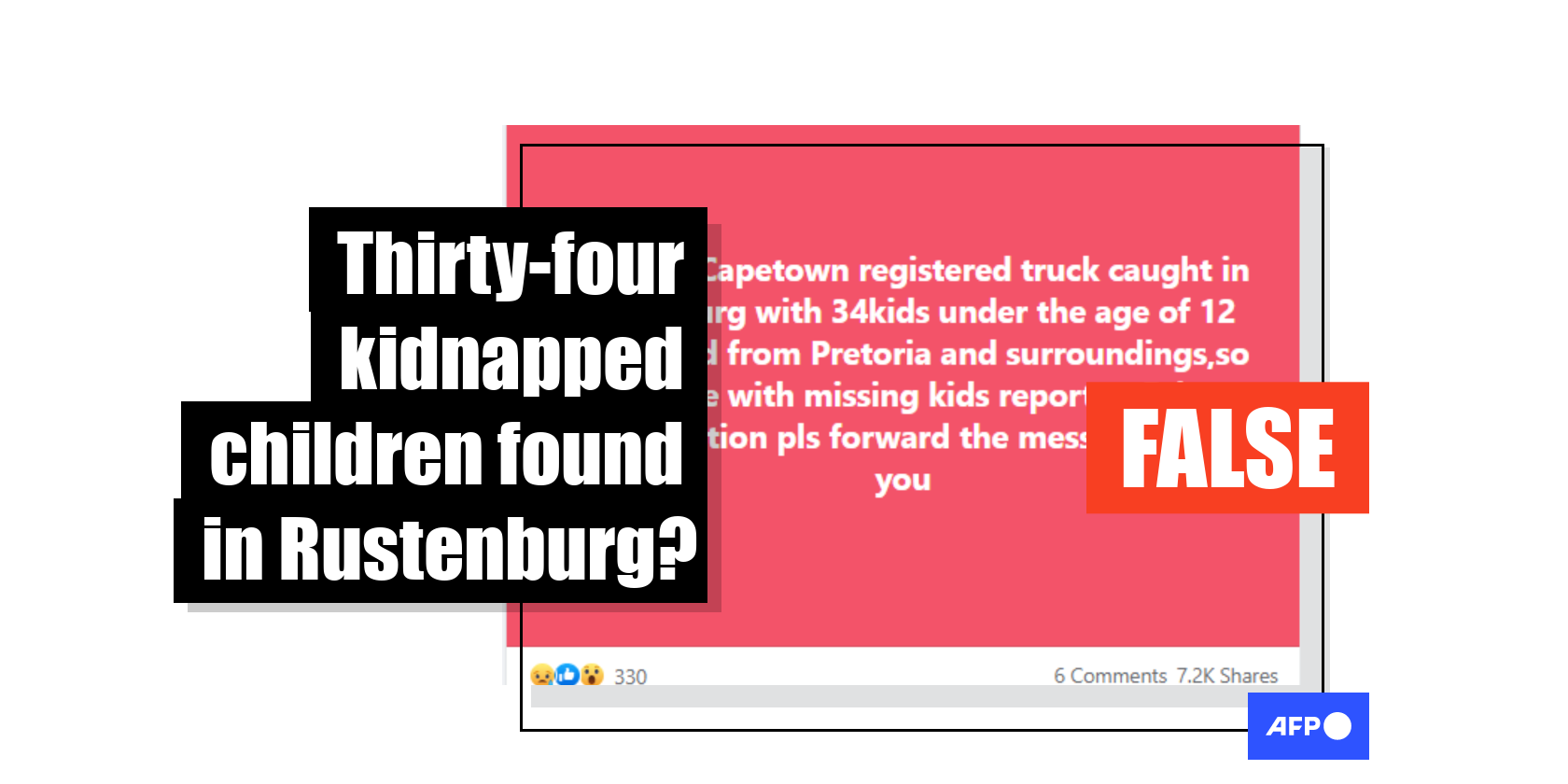 Recent posts about 34 children found in a truck in South Africa are false, harking back to older incidents

Multiple posts on Facebook claim that a truck carrying 34 kidnapped children was found in Rustenburg, a city in South Africa. The claim is false, according to local police, who said while there have been incidents in the past of undocumented children found in trucks, none of the details from those cases match with the Facebook posts. No such incident has been reported this year.

“There's a Capetown registered truck caught in Rustenburg with 34kids under the age of 12 kidnapped from Pretoria and surroundings (sic),” the misleading Facebook post reads.

It then encourages parents with missing children to report to the police station in Brits, a town near Rustenburg. 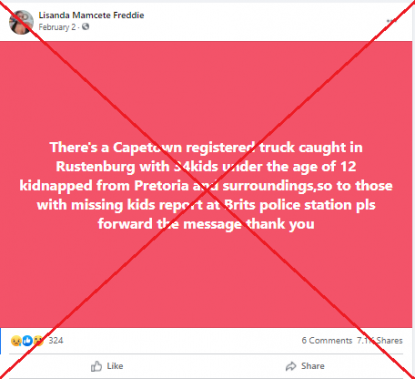 Some of the claims from 2018 refer to children “kidnapped from Zimbabwe” instead of Pretoria, as seen here and here on Twitter.

However, police in the North West province, where both Brits and Rustenburg are located, said the claims have no basis.

“The message that is currently circulating on social media is not true and misleading,” said North West police spokesperson Sabata Mokgwabone via WhatsApp Messenger.

The police said they have had only one inquiry about the alleged 34 missing children mentioned in the online posts — from a local radio station.

Mokgwabone noted two similar incidents; the first case was reported at Boitekong police station outside Rustenburg in July 2016 and the second in Rustenburg in November 2017.

In the 2016 matter, police stationed in Boitekong, North West province, stopped a truck being driven at high speeds in the early hours of July 24.

“On investigation and during the search, fifty-seven (57) undocumented children aged between 11 and 21 years were found in the back of a delivery truck which is without windows,” read a police statement released at the time.

A second statement a few months later clarified that of the 57, there were 30 children aged 11 to 17. All of them were eventually repatriated. Charges against the accused were also changed from initial counts of human trafficking to smuggling people under the Immigration Act.

The second case in 2017 saw the discovery of eight unaccompanied and undocumented Zimbabwean children in a truck in Rustenburg. According to reports at the time, the children were on their way to Cape Town to be with their families.

They were repatriated to Zimbabwe in March 2018, despite an application by their parents for them to be released into their custody.

Rikhotso also highlighted a third similar case from December 2018, when 29 Zimbabweans — including 12 undocumented minors — were found in a truck in Rustenburg, heading to Cape Town.

However, both Rikhotso and Mokgwabone said there are no dockets matching the details shared in the Facebook posts. 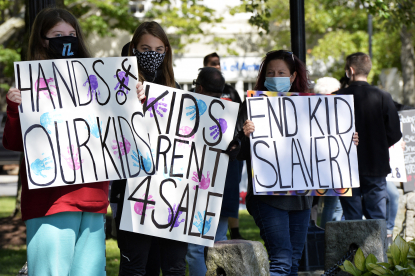 In October 2020, AFP Fact Check investigated how the surge in child trafficking misinformation, pushed by conspiracy theorists, has created panic, stirred violence, and interfered with official efforts to protect minors.

We have also debunked viral claims about human trafficking hotspots in South Africa here and another misleading reoccurring claim about an attempted kidnapping.