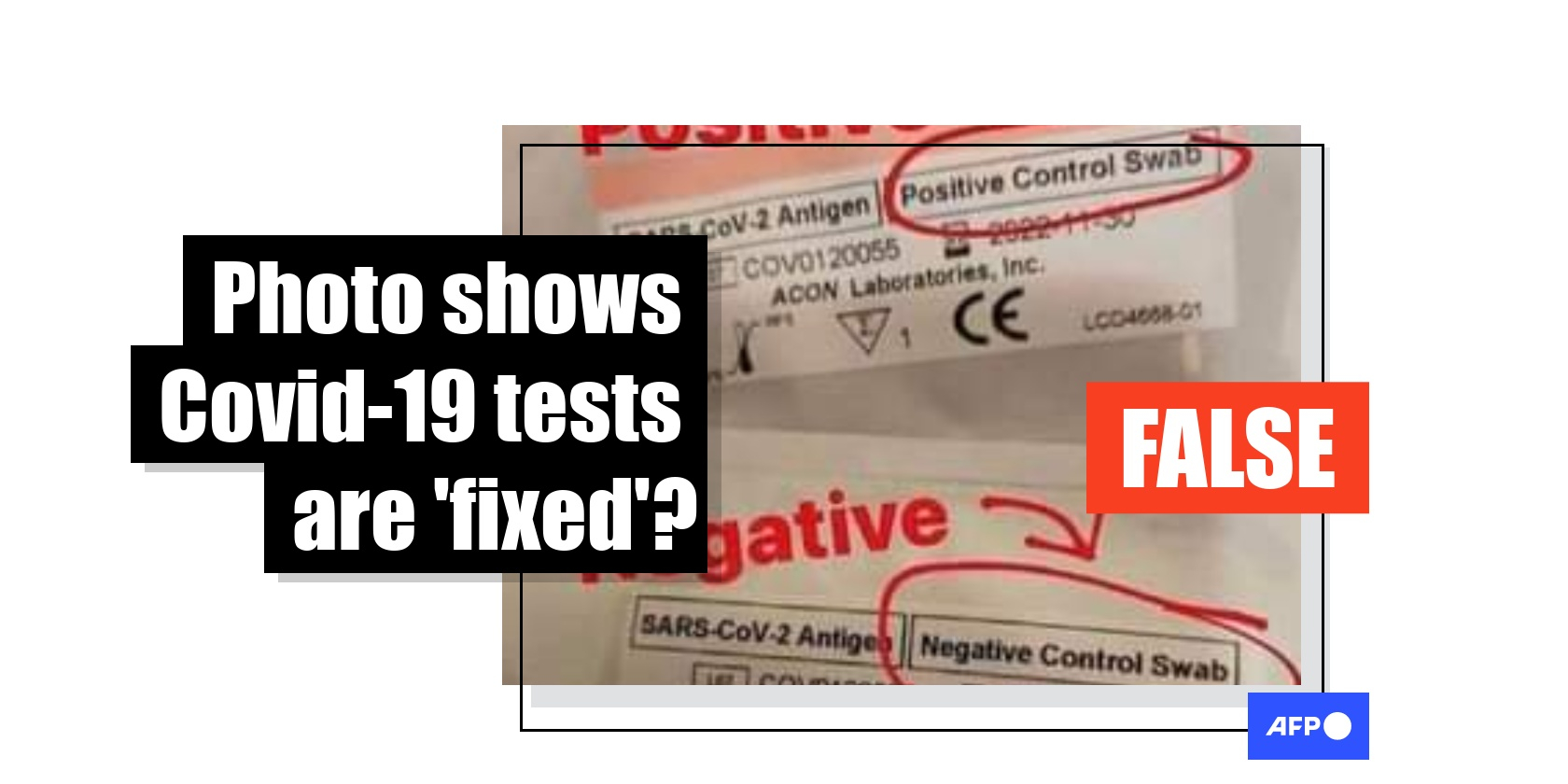 An image purporting to show components of a Covid-19 test kit has been shared in multiple posts on Facebook alongside a claim that the “positive” and “negative” control swabs are proof that test results are “fixed” in advance. The claim is false: the swabs shown in the image are used to maintain quality control, not for patient testing, experts say.

The picture was published here on Facebook on April 11, 2021.

At the bottom of the image, the superimposed text reads: “Picture taken secretly by a nurse on shift. Name not mentioned for obvious reasons”.

The Facebook post’s caption reads: “When you got tested, did your doctor give you the positive test or negative test kit? Jw The test swab fibers are alive. That's why they swab your brain. They are placing nanotechnology directly into you.

"Same with the mask. The masks are alive & you breathe those living particles into your body & they go to work on your immune system. I've posted several videos exposing the fibres freely crawling around in mask wiggling like worms. You have been tricked into harming yourselves. Stop wearing masks.” 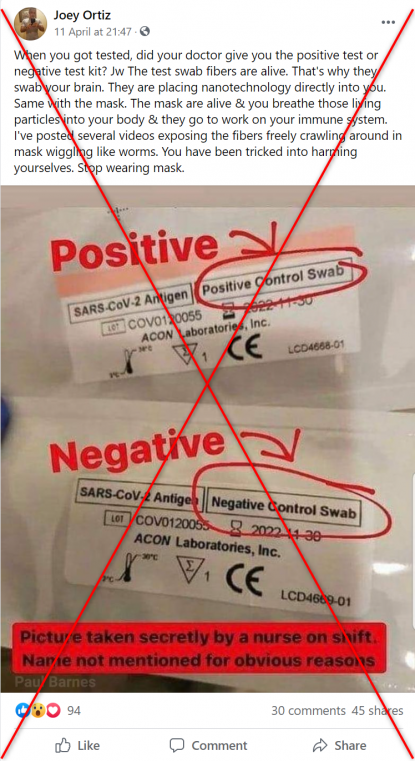 The picture was also posted with a similar claim on Facebook here and here.

The same picture and claim was shared in other languages, including Malaysian, Indonesian, German, Hungarian and French.

Another photo, which shows components of a Panbio Covid-19 antigen rapid test kit from US medical equipment company Abbott, appeared in other posts with a similar claim, including this one in English and this one in Malaysian.

An investigation by AFP found the image shows control swabs in the Covid-19 antigen test kits that are in fact used to maintain quality control, not for testing patients.

“These control swabs should be used to ensure that the test cassette and that the test procedure is performed correctly,” the instruction leaflet says.

Below is a screenshot from Acon’s instruction leaflet:

Liliane Grangeot- Keros, virologist and permanent secretary of the French National Pharmacy Academy, said the control swabs in the Covid-19 test kits are used to "check whether the technology has worked".

Alesia Scott, spokesperson for Abbott, told AFP: “Panbio is a highly effective and safe test. Each test kit comes with a positive and negative control swab to ensure the test is working properly. These control swabs are not used as part of patient testing. This is standard for most rapid diagnostic tests throughout the world.

“The positive control swab contains recombinant (altered in a lab) SARS-CoV-2 nucleocapsid protein, which is not contagious. This is clearly indicated on the test’s instructions for use. The symbol means that the product contains a biological component and is required for regulatory purposes. It does not mean that the Panbio positive control swab contains contagious or infectious material.”

Panbio’s instruction leaflet specifies that positive and negative control swabs are for “control use only”.

“Do not use the positive or negative control swab for specimen collection,” it reads.

Below is screenshot of Abbott’s instruction leaflet: