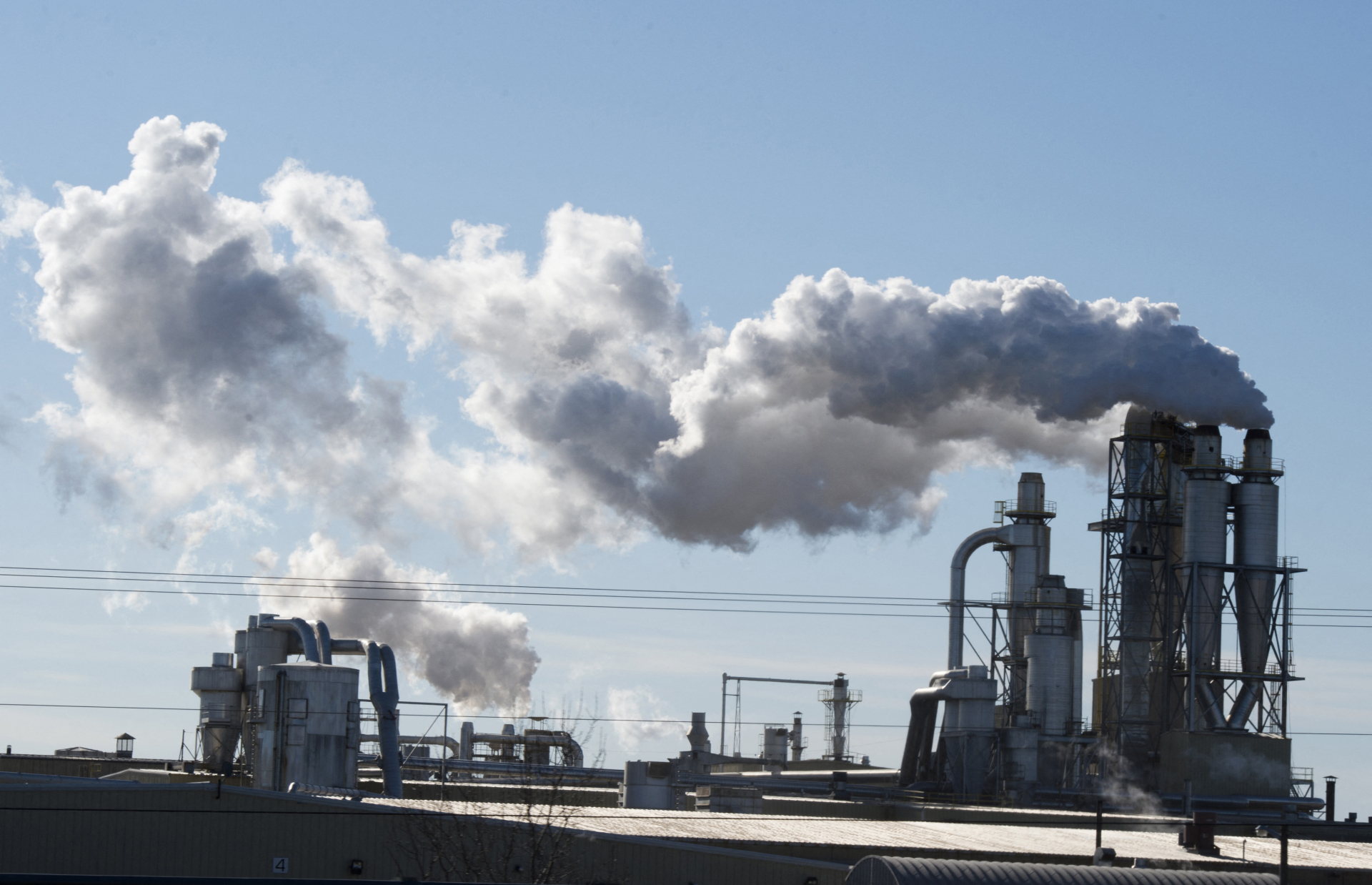 Facebook posts shared thousands of times claim Quebec is exempt from carbon pricing. This is misleading, the province is exempt from Canada’s federal carbon tax because it puts a price on pollution through a cap-and-trade system that was in place years prior to the implementation of the federal levy in 2019.

“Quebec is EXEMPT from Carbon Tax,” claims an April 2, 2021 Facebook post that has been shared more than 7,200 times. 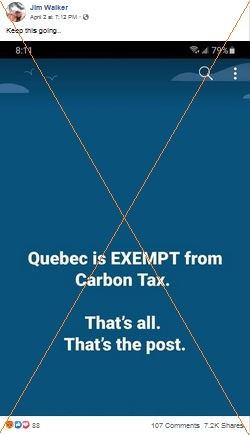 The posts circulated as the Canadian government raised the price of carbon to $40 (US$32) per ton on April 1, 2021. Similar claims can be found on Twitter.

The federal government first imposed a carbon tax in 2019 in order to meet its obligations under the 2015 Paris climate agreement to cut greenhouse gas emissions by 30 percent from 2005 levels by 2030. The Supreme Court recently upheld it.

Initially set at $20 (US$16) per ton of emissions, the carbon pricing scheme -- which applies to a range of fuels and sources of CO2 emissions -- is to incrementally rise to $170 per ton by the end of the decade. This would be equivalent to about 28 cents per liter of gasoline.

The federal government explains on its website that carbon pollution pricing applies throughout Canada and that the federal price applies to any province or territory that does not have an equivalent system in place.

Caroline Cloutier, a spokeswoman for Quebec’s Environment ministry, told AFP in an email that it is “misleading” to say that the province is exempt from the carbon tax because “Quebec has its own carbon pricing system in the form of a cap-and-trade” (SPEDE in French) that the federal government deems equivalent.

She emphasized that the carbon pricing approach implemented by Quebec generates more greenhouse gas emission reductions than the application of the federal system on the province’s territory.

Douglas Macdonald, senior lecturer at the School of the Environment of the University of Toronto, agreed.

Samantha Bayard, a spokeswoman for the federal environment ministry, explained by email that the government of Canada “sets minimum national stringency standards (also known as the federal benchmark) that all systems must meet to ensure they are comparable and contribute fairly to the reduction of greenhouse gas emissions.”

She said that “Quebec’s system has met these criteria every year to date.”

The Western Climate Initiative’s (WCI) carbon market system started operating in Quebec in January 2013. The francophone province then joined its system to California’s the following year.

On January 1, 2018, Ontario briefly joined in, but “the province officially repealed its regulation regarding a cap-and-trade program on July 3, 2018,” according to a Quebec government document.

Pierre-Olivier Pineau, chair in energy sector management at HEC Montreal, explained in an email that “this joint system with California is deemed equivalent by the federal government. As long as this equivalency is accepted, the federal carbon tax will not apply.” 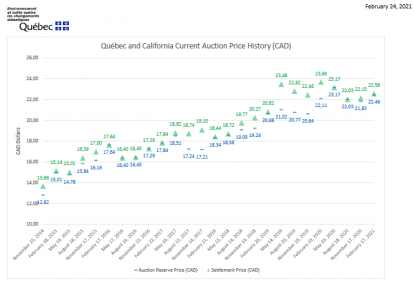 Screenshot taken from environnement.gouv.qc.ca on April 6, 2021

Pineau said that “this price is lower than the federal price, which may seem less ‘equivalent’... but it can fluctuate with each emissions auction.”

As the “cap” takes effect, he said the Quebec and California governments will put fewer emission rights up for sale. This scarcity will likely force the price up in coming years.

AFP Fact Check has debunked other claims related to the carbon tax here and here.