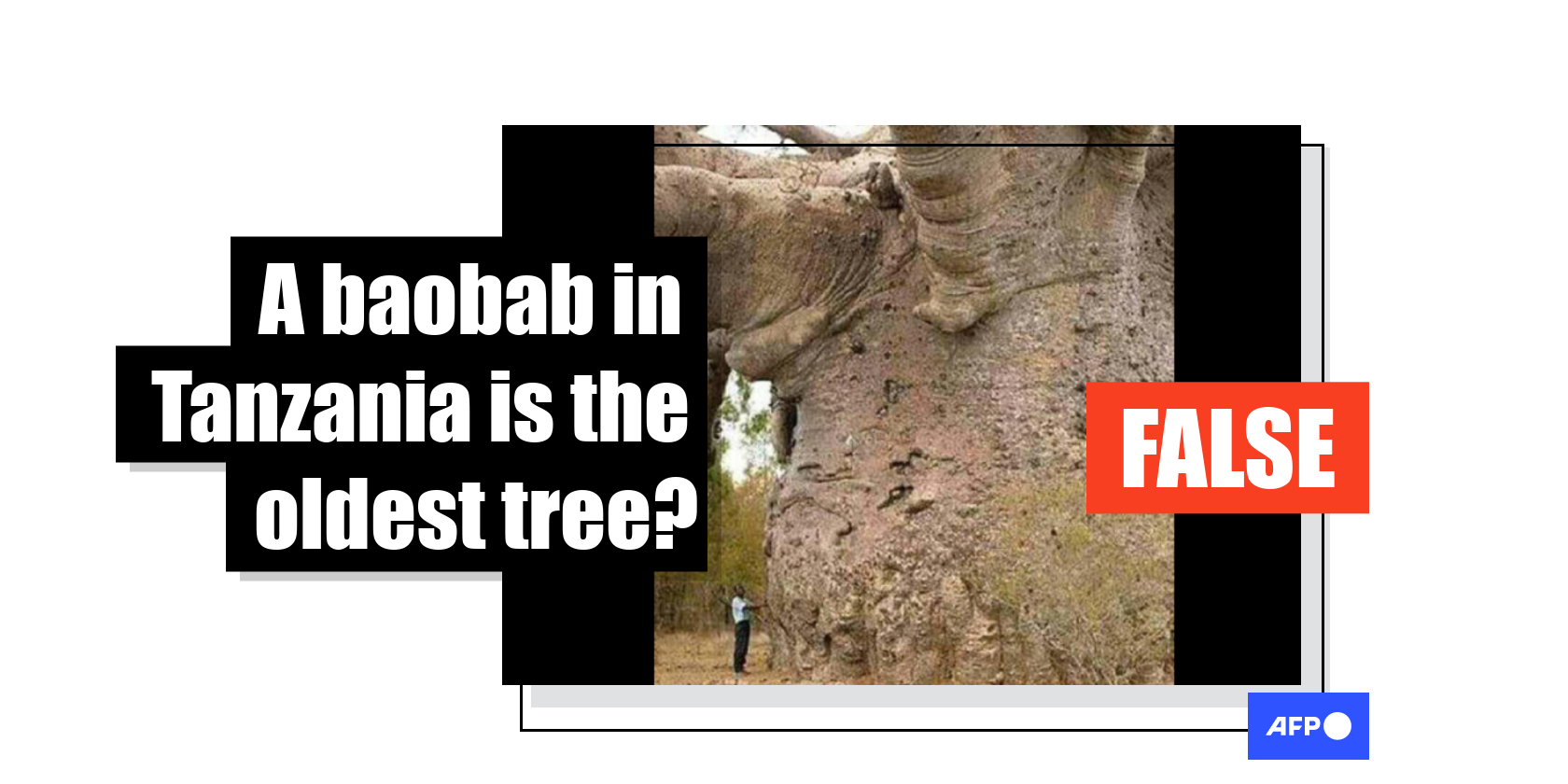 To date, no tree has been verified to be 6,000 or more years old

An image of a large baobab has been shared hundreds of times on Facebook alongside claims that the tree is 6,000 years old and located in Tanzania. But experts say that no tree in the world has been discovered that is this old to date. The oldest living tree on record is a bristlecone pine in the United States.

The Facebook post with the photo of the baobab has been shared more than 260 times since it was uploaded on April 3, 2021. 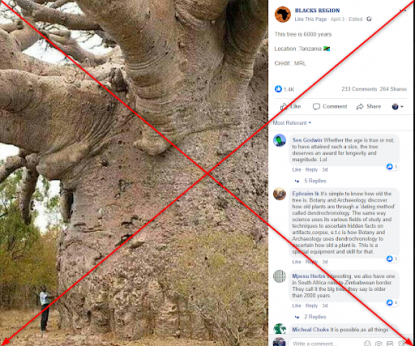 No tree in the world has been verified to be 6,000 or more years old.

In 2019, Snopes debunked a similar claim featuring this photograph.

AFP Fact Check was unable to track down the exact tree in the Facebook post, but identified some key clues. The image has been circulating online since at least 2004. It shows a large baobab (Adansonia digitata) in an unknown location. Early postings claim that the photograph was taken in Senegal, not Tanzania.

Based on a study published in the scientific journal Nature Plants, the oldest baobab tree on record lived in Zimbabwe and was estimated to be 2,450 years old when it died.

But Tom Kirkwood, an expert in tree aging, told AFP Fact Check he had never heard of a baobab tree that lived to be 6,000 years old.

Oldest tree in the world

The baobab is the largest and longest-living flowering tree but not the oldest one.

The oldest known living tree is a Great Basin bristlecone pine, located in the Western United States. The species is very rare and only found in the states of Nevada, California and Utah. 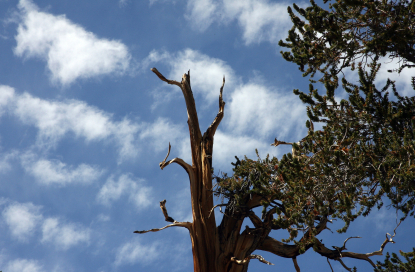 According to Rocky Mountain Tree Ring Research, this tree, named Methuselah, is about 4,850 years old. Prometheus, another Great Basin bristlecone, was documented to be 4,900 years old when it died.

A tree's large size is not necessarily an indication of its longevity, according to Neil Pederson, a forest researcher at Harvard University.

“As a science, [we] are in our infancy in learning the maximum ages of old trees, especially in tropical regions. That work is very hard to do because of how growth rings are formed in tropical regions. We are learning techniques to overcome those limitations. For now, bristlecone pine appears to be the oldest provable living tree on earth," he told AFP Fact Check.

Older trees may be discovered as the scientific technology evolves.

Recent evidence indicates that another living bristlecone pine in the same location could be over 5,000 years old but the tree ring dating has not been confirmed, Pederson said.