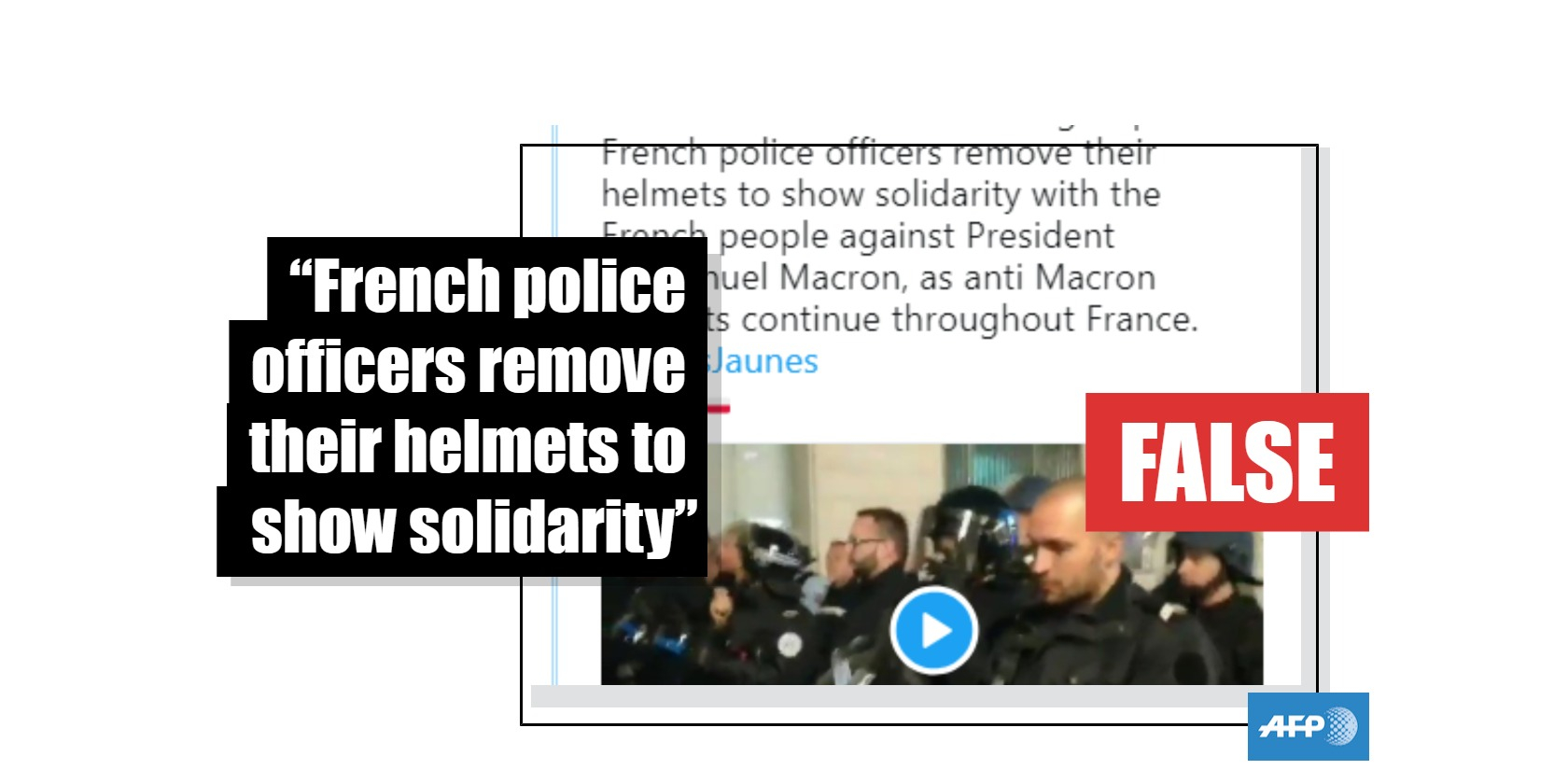 Police taking off their helmets in support of the yellow vests? A misleading interpretation of a real video

A video of French riot police taking off their helmets has been widely shared and presented as proof of police support for the “yellow vests” protests. The video actually portrays an agreement between protesters and the police, whereby the latter took off their helmets in exchange for the protesters’ peaceful dispersion.

A video, widely shared in France and North America, depicts yellow vests protesters, a French nonpartisan, anti-government movement, facing a group of French riot police in a narrow street. The riot police take off their helmets as the protesters begin to clap and eventually sing the French national anthem, La Marseillaise. 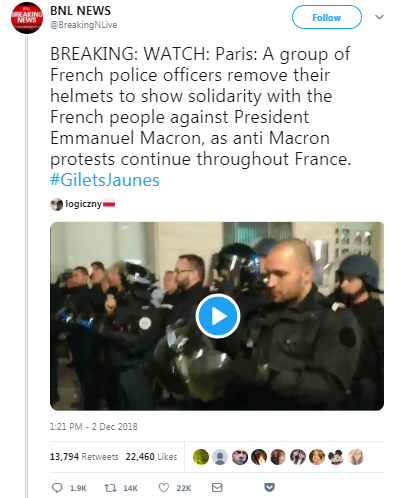 The footage was shared in English on December 2 by BNL News, a Twitter news alert account, with the caption, “A group of French police officers remove their helmets to show solidarity with the French people against President Emmanuel Macron.”

On December 3, far-right American news website Infowars published an article promoting the same interpretation of the video. Together, the two posts were shared several tens of thousands of times throughout the English-speaking world.

Without the context, understanding the video is difficult, but the reality is distinct from the interpretation which was virally shared. The footage was shot by Quentin Top, a freelance photographer, on December 1 in the French city of Pau, near the Spanish border.

Top told AFP the scene “was a negotiation.” The freelancer made a similar statement on Facebook.

On that day, the riot police negotiated the protesters’ dispersion, in exchange for taking off their helmets.

A video by a reporter for the local newspaper La République des Pyrénées, which explained the situation in detail here, shows the same scene from a different angle. In that video, a yellow vest demonstrator can be heard saying, “Guys, guys! Listen to me! They’re ready to take off the helmets. But on one condition. Listen to me! As soon as they take off the helmets, we sing La Marseillaise, we disperse and go home.”

A similar deal had been concluded in the same city a few days earlier. Other videos shared on French social media reported scenes of policemen taking off their helmets in front of yellow vests in the French towns of Bordeaux (debunked in more detail here), Montpellier, and Saint-Die.