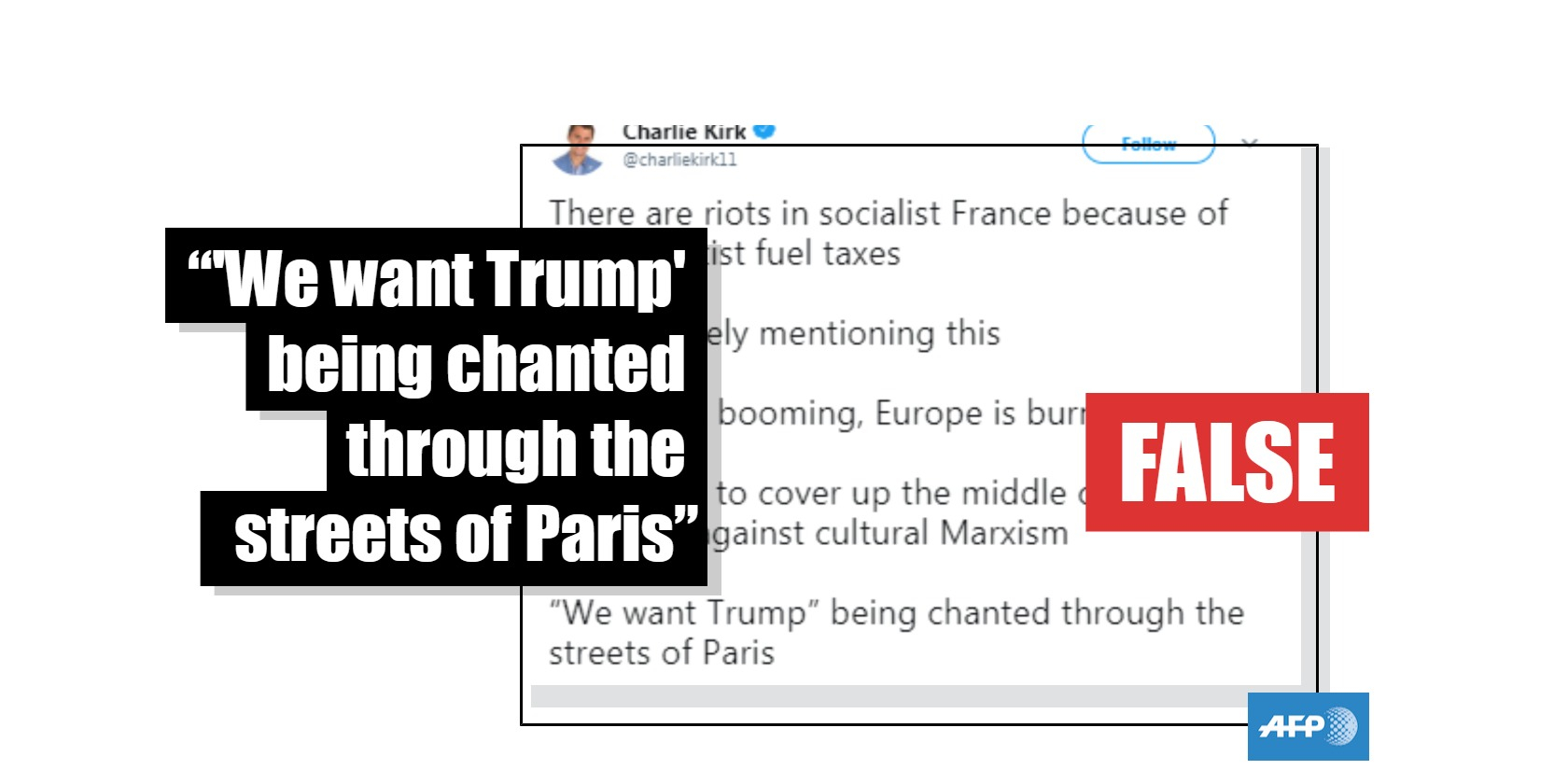 No, French protesters are not chanting, 'We want Trump'

Several Tweets claim that protesters in France’s "yellow vest" movement have been chanting, "We want Trump." Although the US president subsequently retweeted one version of this claim from American conservative activist Charlie Kirk, it is not true. The videos that have been used to support this claim were shot at a far-right protest in London earlier this year.

Why have French protesters been battling police in Paris? Because they want to be led by Donald Trump, according to a theory retweeted by the president. "'We want Trump' being chanted through the streets of Paris," said conservative student activist Kirk in a tweet relayed by the president to his more than 56 million Twitter followers. 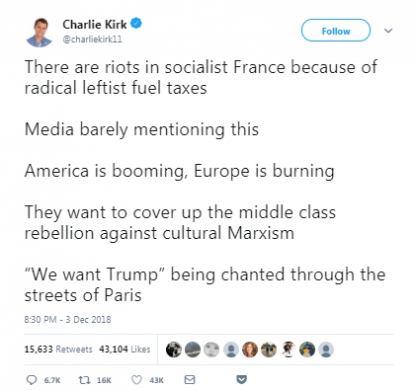 Although he was the first to be retweeted by the US president on this information, Kirk was not the only one to relay the idea of Trump-infatuated French protesters. On December 3, several English-language online media reported that French protesters were chanting for Trump, as well as American radio host Rush Limbaugh.

The articles all backed their claims with a video posted to Twitter on December 2 by user @jackwhite, which was retweeted more than 17,000 times. In the video, a man wearing a Trump mask stands atop a bus while a crowd of hundreds of protesters chant, "We want Trump" repeatedly.

However, the video was not shot during the "yellow vests" protests, nor even in France. The same scene was shared in its proper context in June 2018 by another Twitter user. The video was shot during a protest for the release of Tommy Robinson, former leader of the English Defence League, a British far-right organization.

English patriots sing "We want Trump" as man in Donald mask dances at #FreeTommyRobinson Rally #MAGA God bless @realDonaldTrump tens of thousands will be there to welcome you to London pic.twitter.com/3GhksPDXJo

Several visual cues confirm that the protest is in England, such as the police officers' uniforms in @jackwhite's video, as well as the fact that the protesters are chanting in English. In the second video, #FreeTommyRobinson signs and English flags are held aloft.

The "yellow vests" is a nonpartisan movement that sprang up in France in late October against increases in fuel taxes.