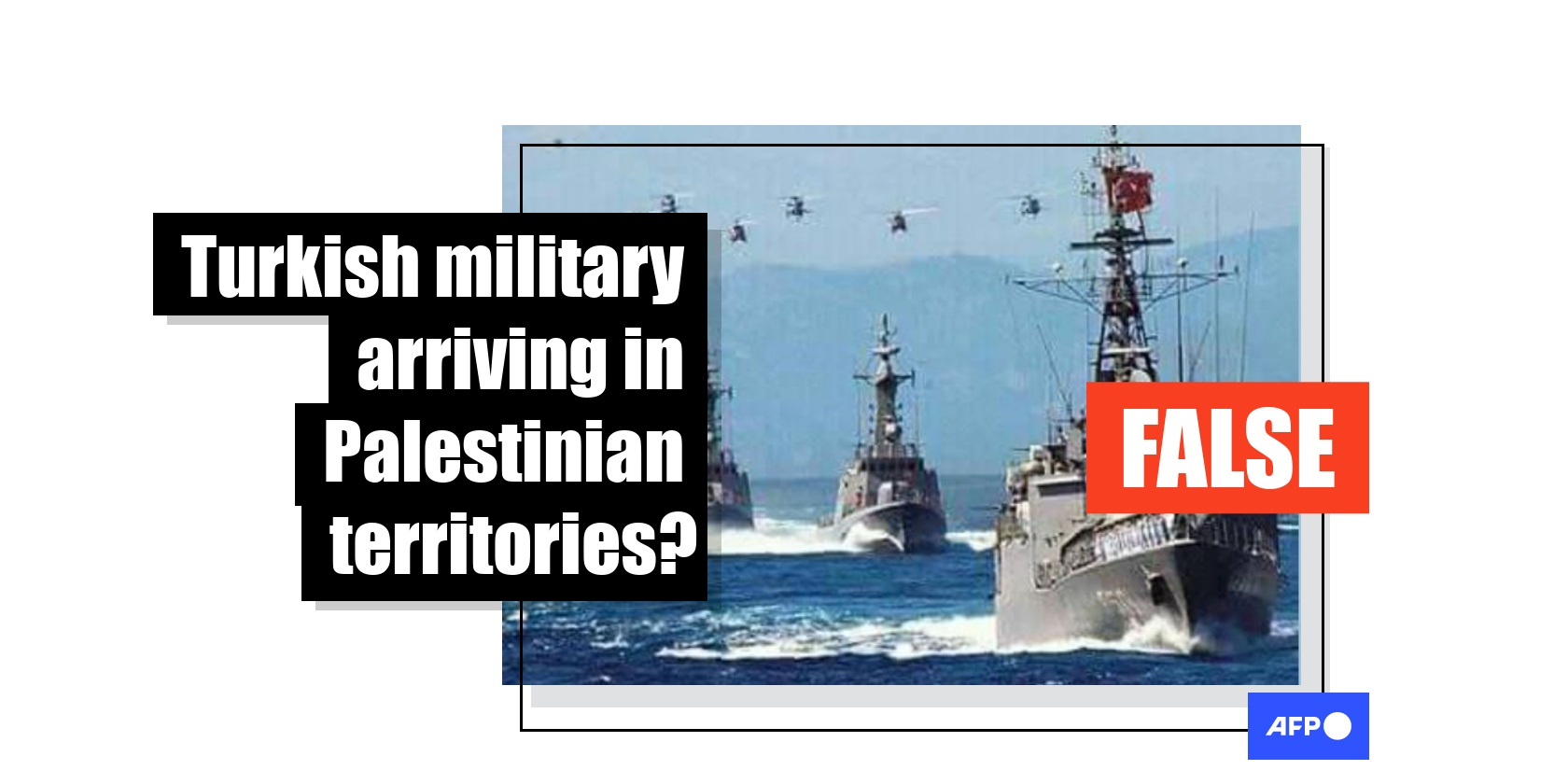 This photo of Turkish warships predates the recent Israeli-Palestinian unrest

An image of several warships accompanied by helicopters has been shared in multiple posts purporting to show Turkish soldiers arriving in the Palestinian territories as tensions between Israel and Islamist group Hamas escalated into deadly violence. The claim is false; the photo has been circulating online since at least 2008.

“TURKEY MILITARY JUST THEY LAND IN PALESTINE..... More victory!!!! (sic)” the caption of a Facebook post with the photo reads. The post has been shared more than 100 times since publication on May 18, 2021.

The post was shared during the recent escalation of violence between the state of Israel and Hamas, the Islamic military group that controls the Gaza Strip.

However, the photo predates the 2021 Israeli-Palestinian crisis and does not show the Turkish military arriving in the region.

AFP Fact Check ran a reverse image search and found the photo in an article on the website of Toronto-based security consultancy firm Aberfoyle International Security (AIS). The article, published in June 2008, was about Turkey’s arms industry.

Screenshot taken on May 24, 2021, showing the image on AIS’s website

AFP Fact Check has debunked a similar claim about a video purporting to show Turkish soldiers arriving at the Al-Aqsa mosque in Jerusalem.

Bilateral relations between Turkey and Israel turned sour in 2018 after the two nations withdrew each other’s ambassadors. The expulsions followed the killing of 60 Palestinians by Israeli forces during a protest in Gaza to stop the relocation of the US embassy from Tel Aviv to Jerusalem.

With the escalation of the 2021 Israeli-Palestinian crisis, Turkish President Recep Tayyip Erdogan repeatedly condemned Israel's use of “excessive” force against Palestinians, including attacks on the Al-Aqsa mosque.