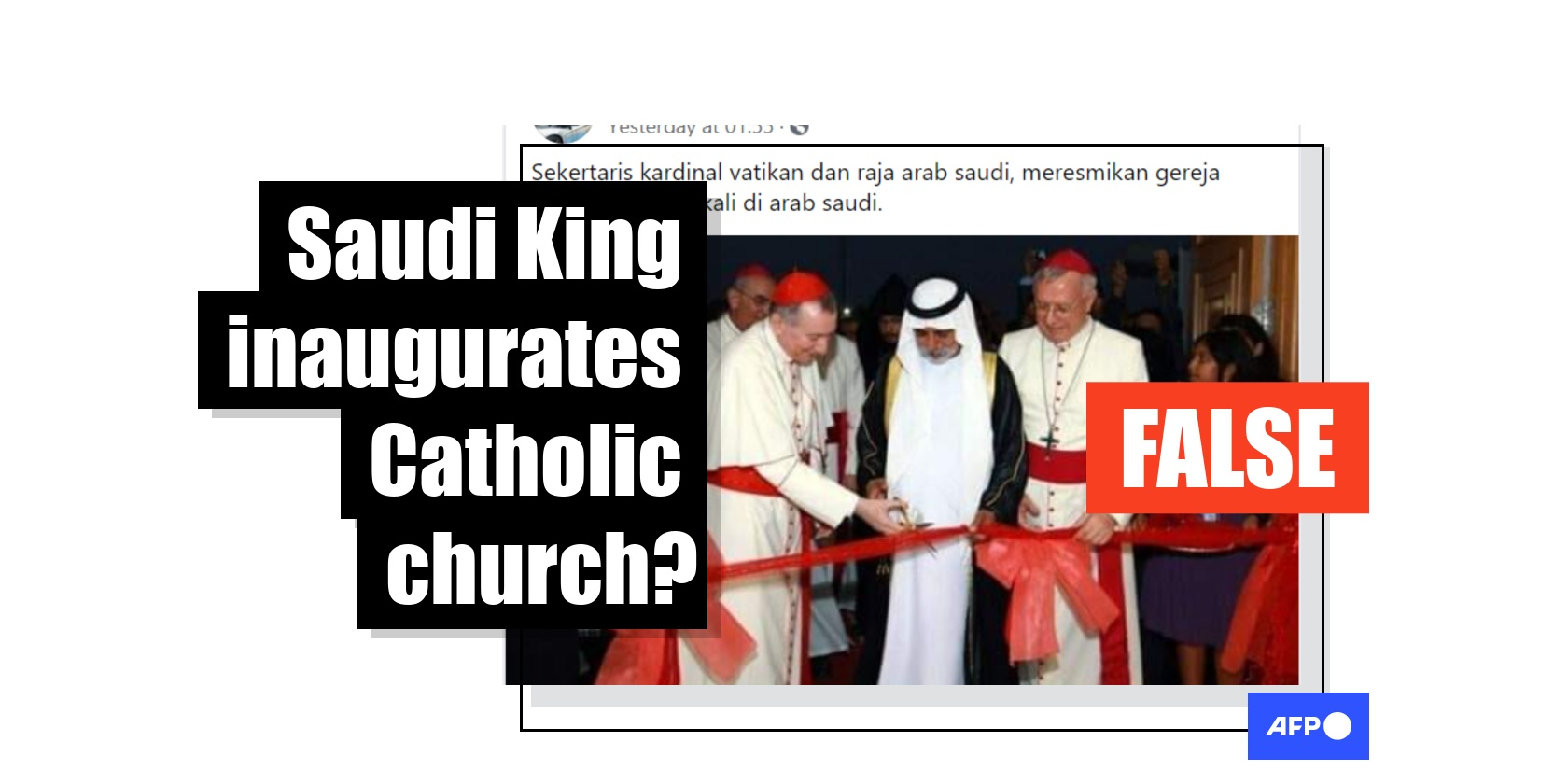 A picture has been shared multiple times on Facebook alongside a claim that it shows the Saudi king and priests from the Vatican inaugurating a Catholic church in Saudi Arabia. The claim is false: the picture has circulated in reports about a United Arab Emirates (UAE) minister and Vatican envoys attending the opening ceremony of the second Catholic church in Abu Dhabi in 2015.

The Indonesian-language post translates to English as: “The secretary of the vatican cardinal and the king of saudi arabia, inaugurated a catholic church for the first time in saudi arabia.” 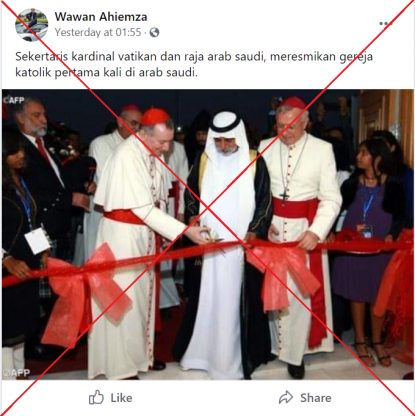 A reverse image search on Yandex found this photo, taken by AFP on June 11, 2015.

St. Paul Church is located in Musaffah in the UAE’s capital, Abu Dhabi.

Below is a screenshot comparison between the picture in the misleading post (L) and the AFP photo (R):

The church’s inauguration was also reported by UAE media, such as Khaleej Times and The National.