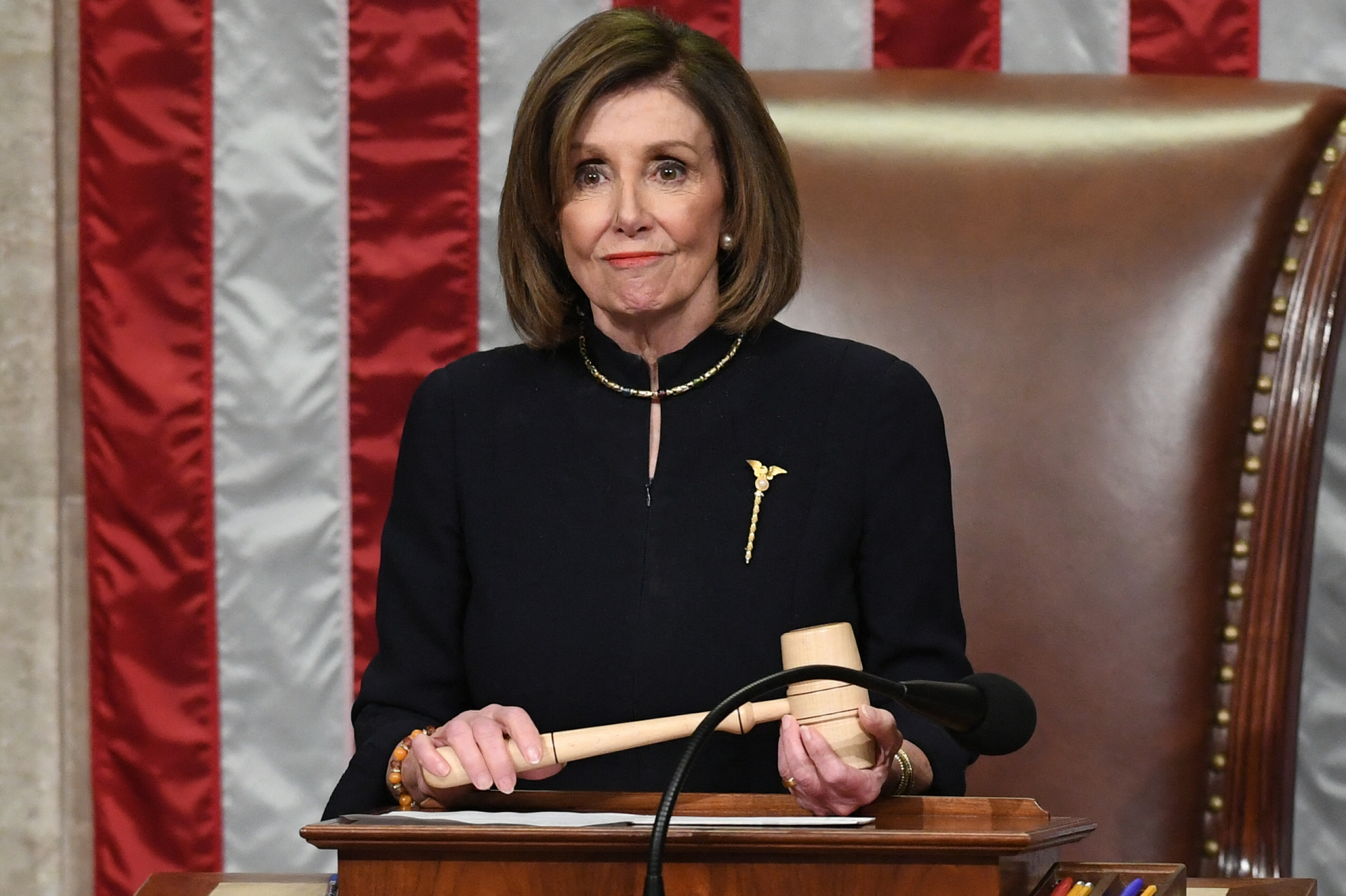 An image circulating on Facebook claims US House Speaker Nancy Pelosi thanked “millions of babies for sacrificing their lives for women’s rights”. The claim prompted anger among social media users who appeared to believe Pelosi genuinely made the comments when talking about abortion. But the claim is false: the purported Pelosi quote originated on a satirical website; there is no record of Pelosi making any such statement.

The claim was shared by a New Zealand-based Facebook user here.

“Pelosi Thanks Millions of Babies for Sacrificing Their Lives for Women’s Rights,” says the text underneath a photo of Pelosi standing in front of a microphone, surrounded by lawmakers. 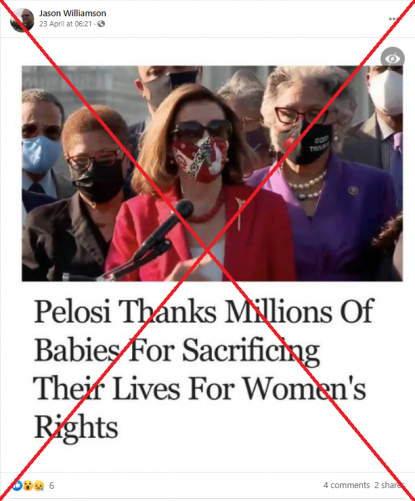 A screenshot of the image circulated on Facebook, taken May 6, 2021.

The image has been shared by other Facebook users from around the world, for example here, here and here.

The posts prompted an angry response from social media users.

“Well, well, well, finally she is admitting they are ‘babies’!” one person commented.

“And I thought it wasn’t possible for democrats to sink any lower,” another wrote.

The image circulating on Facebook is in fact a screenshot of this article from parody news site The Babylon Bee, which describes itself as “Your Trusted Source For Christian News Satire”. 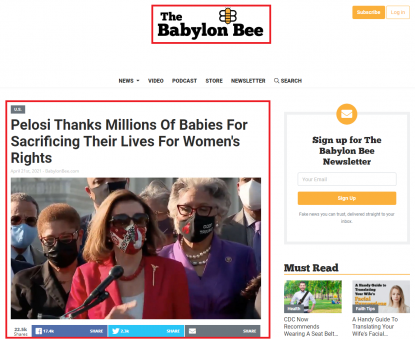 A screenshot of the satirical article uploaded to The Babylon Bee parody news website, taken May 6, 2021.

Other articles on the satire website’s frontpage on May 6 include satirical takes on Snow White’s kiss as well as Bill and Melinda Gates divorce proceedings.

A reverse image search of the photo of Pelosi surrounded by US lawmakers found it actually showed this April 20 press conference, where she reacted to the guilty verdict in the trial of George Floyd’s killer Derek Chauvin.

Pelosi was criticised for thanking Floyd -- a black man who died after white ex-police officer Chauvin knelt on his neck for more than eight minutes -- for “sacrificing your life for justice”.

“Thank you George Floyd for sacrificing your life for justice, for being there to call out to your mom — how heartbreaking was that? — call out for your mom, ‘I can’t breathe,'” she said.

She did not, however, thank “millions of babies” for “sacrificing their lives for women’s rights”.

A transcript of Pelosi’s comments at the April 20 event is available here.