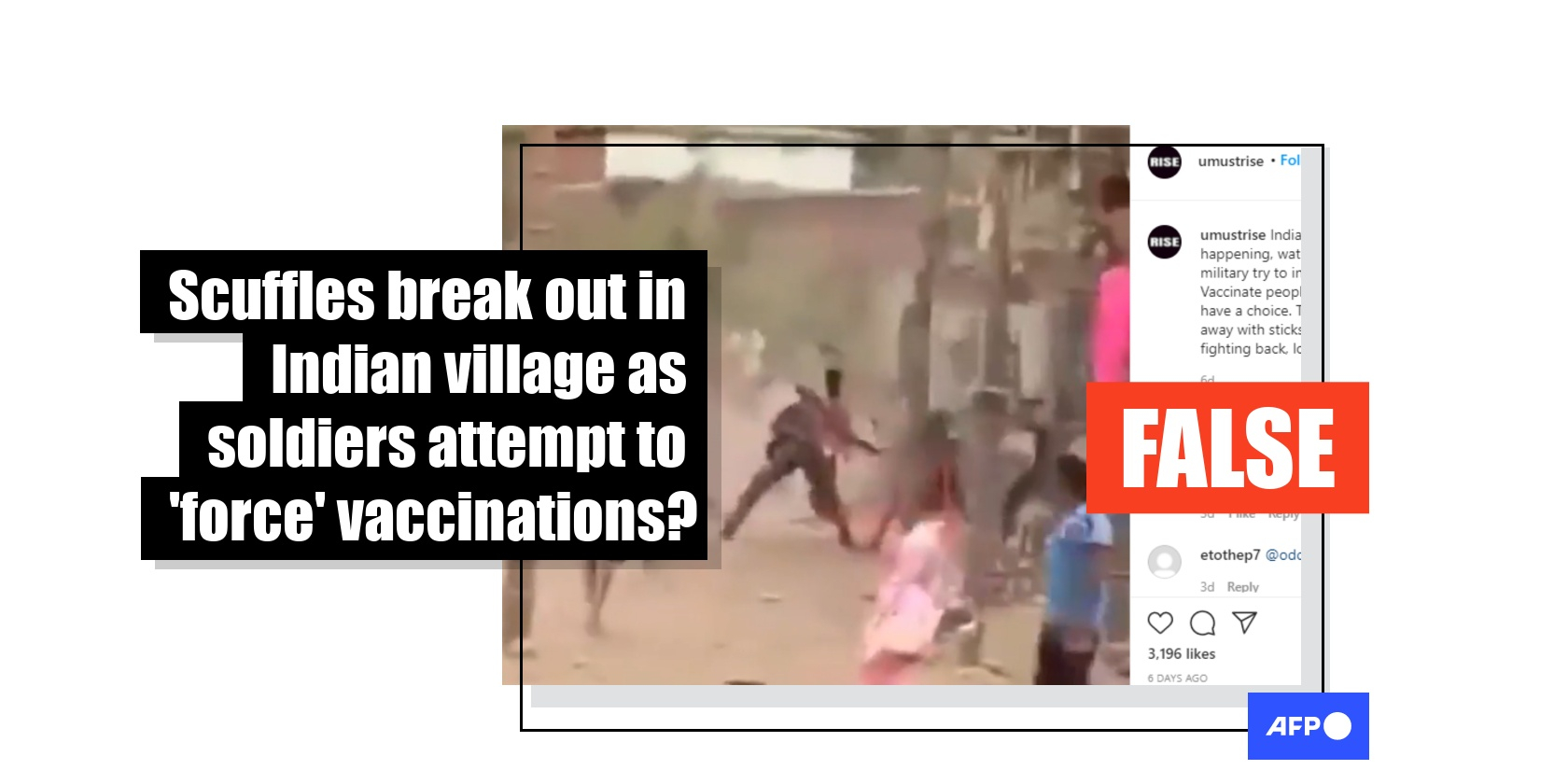 A video has been shared repeatedly in social media posts that claim it shows scuffles in an Indian village after soldiers tried to force people to receive Covid-19 vaccinations. The claim is false: the video has circulated in reports about police dispersing a fair which breached pandemic restrictions. Police told AFP that officers dispersed the crowd because the event "flouted" local restrictions.

The video was shared in an Instagram post here on April 30, 2021. The footage shows scuffles breaking out in an Indian village.

The post's caption reads: “India. This is what's really happening, watch as Covid19 staff and military try to intimidate, test and Vaccinate people. Saying they don't have a choice. The People beat them away with sticks. The people are fighting back, long Live Freedom”. 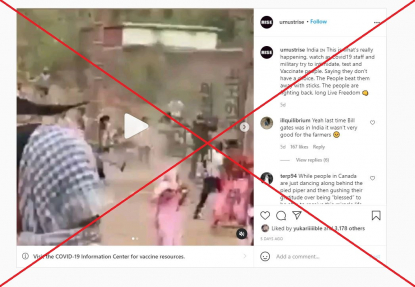 The video also appears with a similar claim in these Facebook posts here and here, as well as on Twitter here, here, and here.

A Google reverse image search of the post found this article by Indian news outlet NDTV.

It reports that police were dispersing a "fair" that breached Covid-19 restrictions in Saraikela, a village in the Indian state of Jharkhand.

The article includes the same footage that appears in the misleading posts.

It states villagers “pelted stones at the police and chased them away.” Another report about the incident was published here by English-language news network India Today.

Below is a comparison of the misleading post (L) and the video which appears in the NDTV article (R):

A spokesperson for Nimdih Police in Jharkhand told AFP the video shows officers dispersing a fair.

"It was indeed a fair being organised in the village flouting Covid-19 norms as hundreds were in attendance. When police came to disperse them, they attacked the cops,” they said.

It has become the second country after the United States to pass 20 million cases, AFP reported.