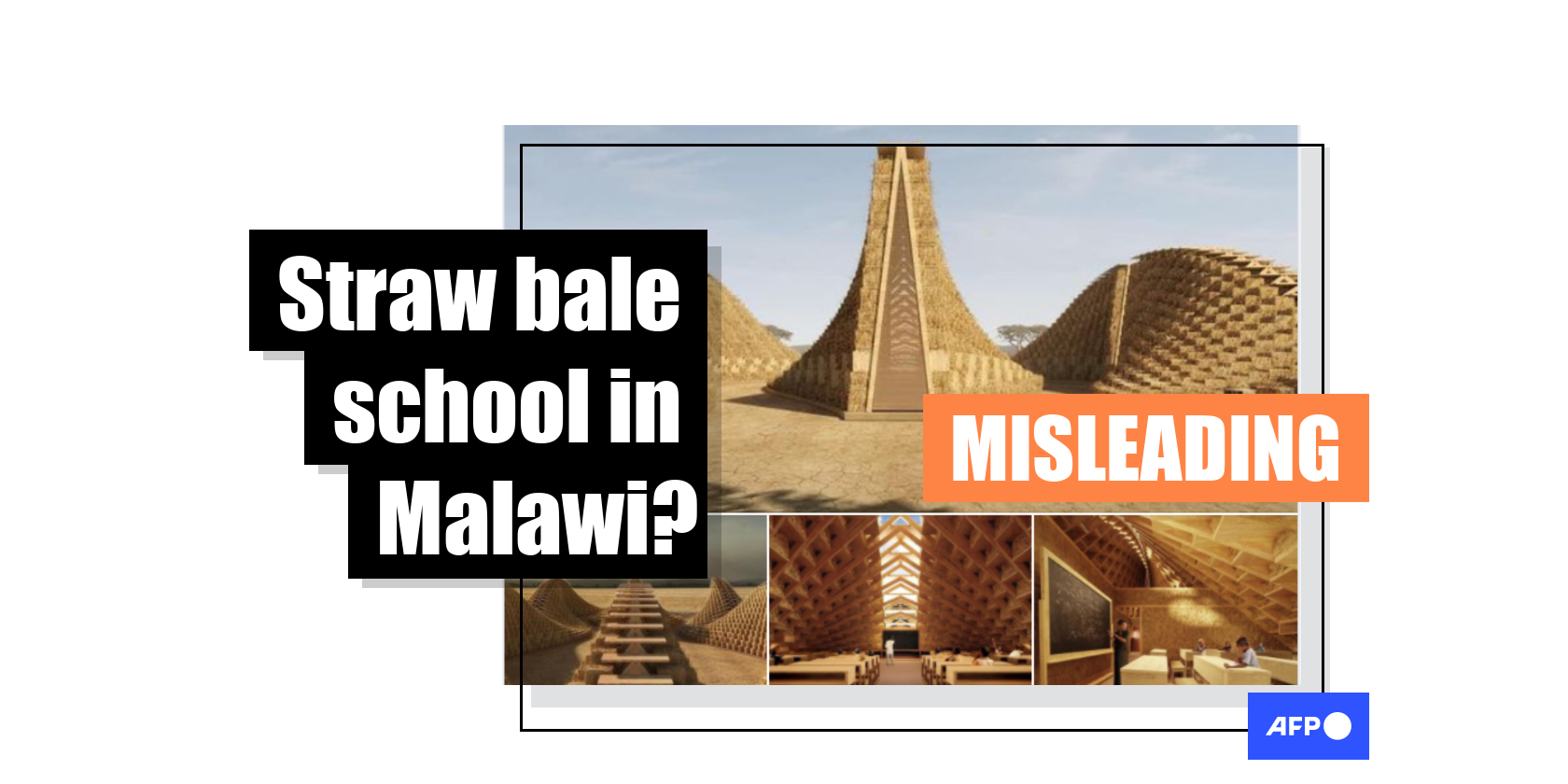 The photo shows a design proposal for a school in Malawi, not an actual building

A photo has been shared thousands of times on Facebook alongside a claim that it shows a secondary school in Malawi constructed with wood and straw bale. But this is misleading: the image is a visual representation of a design proposal for a secondary school in Malawi. An Indian architecture firm developed the concept for a competition in 2019 and confirmed that the prototype has not yet been built.

“This is a secondary school in Africa - Malawi and it's made from wood and straw bales, designed by Nuru Karim and co. It is such a beautiful example of African architecture at its best design,” the post’s caption reads. 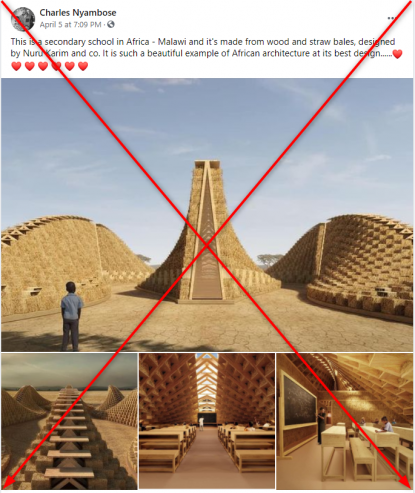 Design proposal not selected by the competition jury

A reverse image search eventually led to this article about the housing design concept, which was submitted to an architectural competition to build a school in Malawi in 2019.

The contest was organised by Archstorming, a platform dedicated to humanitarian architecture competitions, in collaboration with an NGO called Active Africa.

Both organisations confirmed that the school design by Mumbai-based design firm Nudes had been entered into the competition in 2019 but did not win a prize.

“The Straw Bale School design was entered in an architectural design competition to build a school in Malawi in 2019, but was not selected by the jury as the final design to be used for the construction of the school,” Active Africa spokeswoman Teresa Garolera said.

Nudes founder Nuru Karim also told AFP Fact Check that his firm had entered the design into the competition.

“Nudes plans to develop prototypes to test its potential further… The project is in the concept design stage and hasn’t been built yet,” he said.

The winning design in the school competition was by Ben McMillan and DeQuales Thompson from Texas, US.